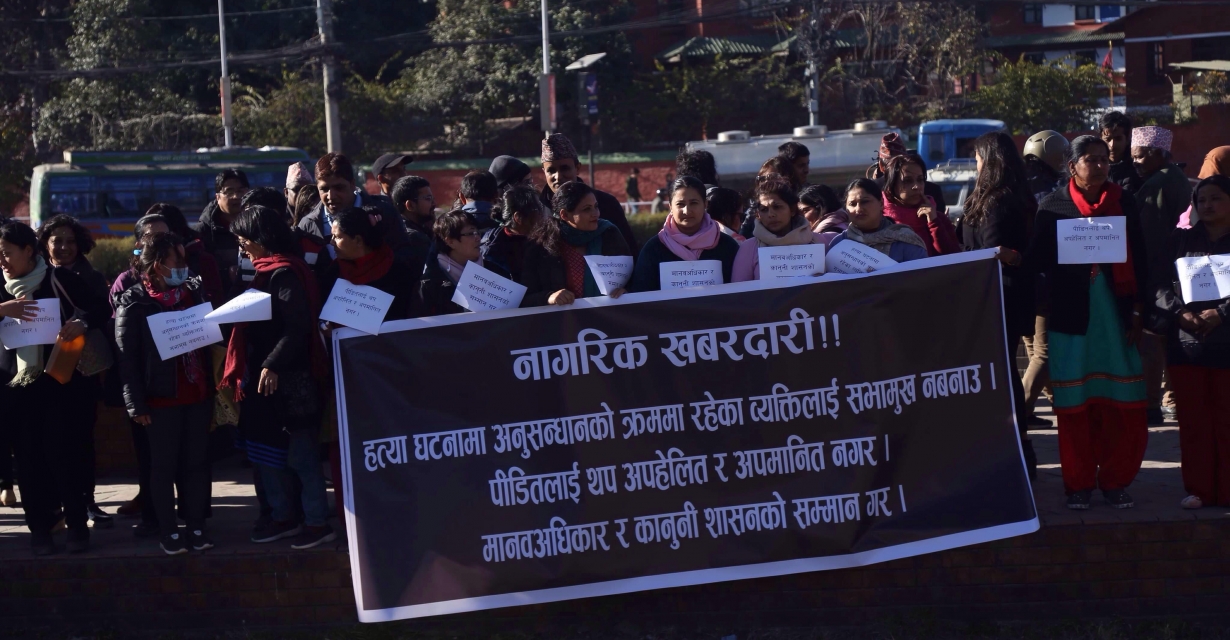 Civil society members today staged a demonstration at Maitighar Mandala in Kathmandu opposing the selection of Agni Sapkota as the next House Speaker.

But the decision drew widespread backlash as soon as it was revealed since Sapkota is facing murder charge for a killing during the Maoist insurgency. His selection as Speaker has already riled rights advocates as well as conflict victims.

Sapkota is charged for the killing of Arjun Lama in Kavre during the decade-long insurgency.

The Speaker post has been vacant since early October last year after Krishna Bahadur Mahara was arrested following allegations of attempted rape.

Shiva Maya Tumbahangphe, who is a former UML member, had refused to resign from her post of deputy speaker and had laid claim to the post of Speaker.

She, however, resigned on Monday amid pressure from the two leaders, saying “patriarchy is stronger than monarchy in Nepal”.

“We threw away monarchy easily, but changing patriarchal mindset will certainly take some time and hard work,” she had said. 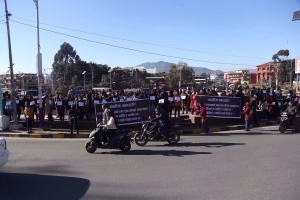