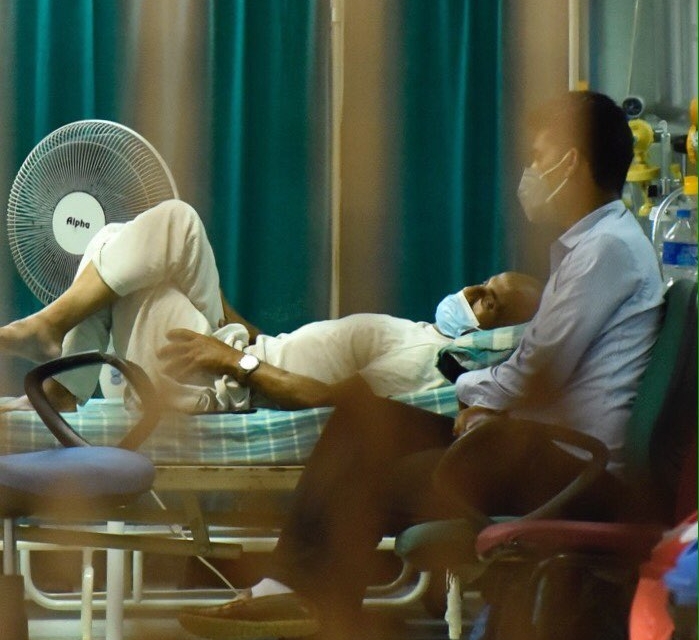 Nepal Medical Association (NMA), an umbrella organization of medical doctors, has announced a series of protest programs starting Thursday demanding the government save the life of Dr Govinda KC.

Issuing a press release on Wednesday, NMA said it would boycott all medical services except those related to emergency and COVID-19 from 9am to 11 am on Thursday.

The organization has also warned of staging nationwide protests on Friday, and boycotting all medical services, barring emergency and COVID-19 related ones.

While treating patients, doctors will wear black armbands as a sign of protest, as per NMA.

NMA has also warned of intensifying its protest programs if the government continued turning a blind eye towards meeting Dr KC’s demands and saving his life. 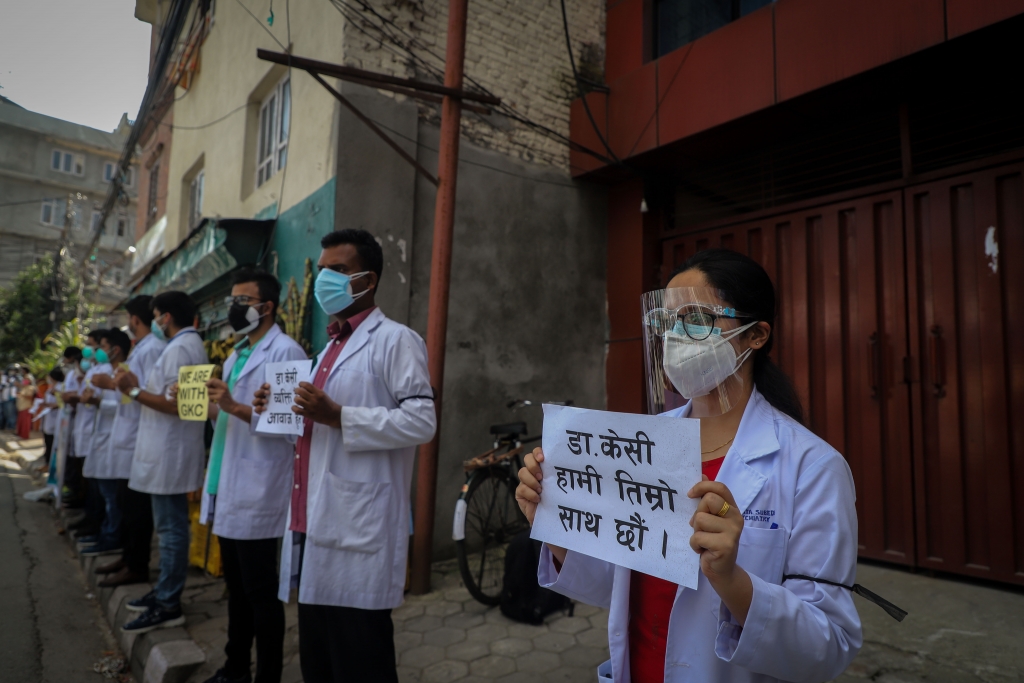 A solidarity rally held by resident doctors of TU Teaching Hospital in Kathmandu.

Today marks the 25th day of Dr KC’s 19th relay hunger strike and his health is deteriorating with each passing day. He is currently being administered supplementary oxygen at the TU Teaching Hospital.

Dr KC was admitted to the emergency ward at the Teaching Hospital after police on September 22 evening allowed him to move out from the National Trauma Center where he was taken forcibly by the police in the afternoon as soon as he landed at the Kathmandu airport from Nepalgunj. He had started his hunger strike in Jumla.

KC was airlifted to Nepalgunj after his health deteriorated and was admitted to Bheri Hospital while en route to Kathmandu.

Establishment of at least one state-run teaching hospital in each province, conducting MBBS classes in the Karnali Academy of Health Sciences, an end to medical mafia, and implementation of past agreements reached between him and the government are among the demands of KC.

As Dr KC’s health worsens, political parties, civil society, independent youths besides doctors across the country have been urging the government to address his demand and save his life.

On Wednesday, the Ministry of Education, Science and Technology finally formed a talks team to address the demands put forth by Dr KC.

Before this, some employees of the Health Ministry had visited Dr KC on October 5 and urged him to quit his hunger strike. Dr KC, however, had refused to talk to them citing the employees didn’t have authority to make any deal on the behalf of the government.

From the veteran senior orthopedic surgeon’s side, a four-member talk team including Jiban Chhetri, Dr Anjani Kumar Jha, Dr Lochan Karki and Om Prakash Aryal has been formed to hold talks with the government.