The leader of the ruling Nepal Communist Party was elected to the position unanimously yesterday.

After the swearing-in ceremony, Sapkota also assumed his office at the Federal Parliament Secretariat in Singhadarbar today itself. 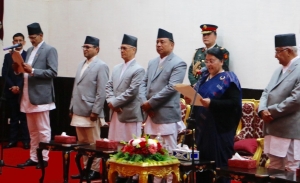 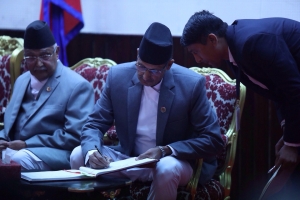