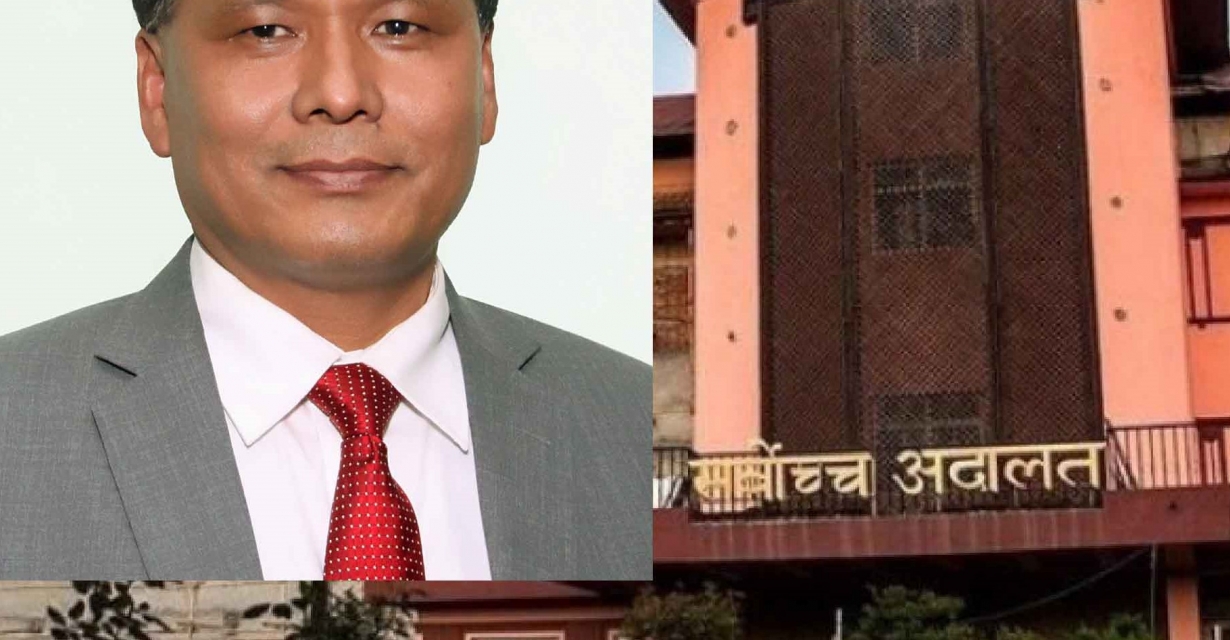 The Supreme Court has refused to issue an interim order in the writ petition filed against the appointment of Executive Director of Nepal Electricity Authority (NEA), Kulman Ghising. This has paved the way for Ghising to continue with his tenure until the final verdict.

The government had removed Hitendra Dev Shakya on August 11 from the post and appointed Ghising as the new executive director of NEA. Later on August 16, Shakya had moved the Supreme Court challenging the Ghising’s appointment as the new managing director.

On Tuesday, the same single bench decided not to issue an interim order against Ghising.

Shakya, in his writ petition, has claimed that Ghising was appointed while the former was on a leave and the appointment process was carried out against the prevailing constitutional and legal provisions. He has asked the court to scrap the appointment.

Shakya has said he has not tendered his resignation and was not legally relieved of the post. He has asked the apex court to order his reinstatement and direct the government and the Energy Ministry to facilitate the process.

A meeting of the Cabinet on August 9 had appointed Ghising as the head of Nepal Electricity Authority.

Following the appointment of Ghising, the government had appointed Shakya as an expert member to the Water and Energy Commission.

However, Shakya, in his petition, has said that he was not interested in the new post and that his transfer does not meet the legal requirements.

Similarly, the apex court refused to issue an interim order on the petition filed by CPN-UML Chairman KP Sharma Oli demanding to validate the party’s decision to expel 14 lawmakers of the House of Representatives and two of Lumbini Provincial Assembly.

A division bench of justices Deepak Kumar Karki and Kumar Chudal refused to issue an interim order as sought by Oli.

The apex court, however, ordered to procure original documents from the Election Commission, federal Parliament Secretariat and Lumbini Provincial Assembly Secretariat related to the expulsion of UML lawmakers by the party.

Oli had filed a writ petition at the Court on September 1 demanding that the registration of CPN (Unified Socialist), which was formed with the support of 14 UML lawmakers who had already been expelled by the UML for defying whips, be scrapped.

In the petition, UML has also questioned Speaker Agni Prasad Sapkota’s role for not confirming the expulsion of the said lawmakers. UML Members of Parliament (MPs) have been obstructing House proceedings over Sapkota’s alleged bias.