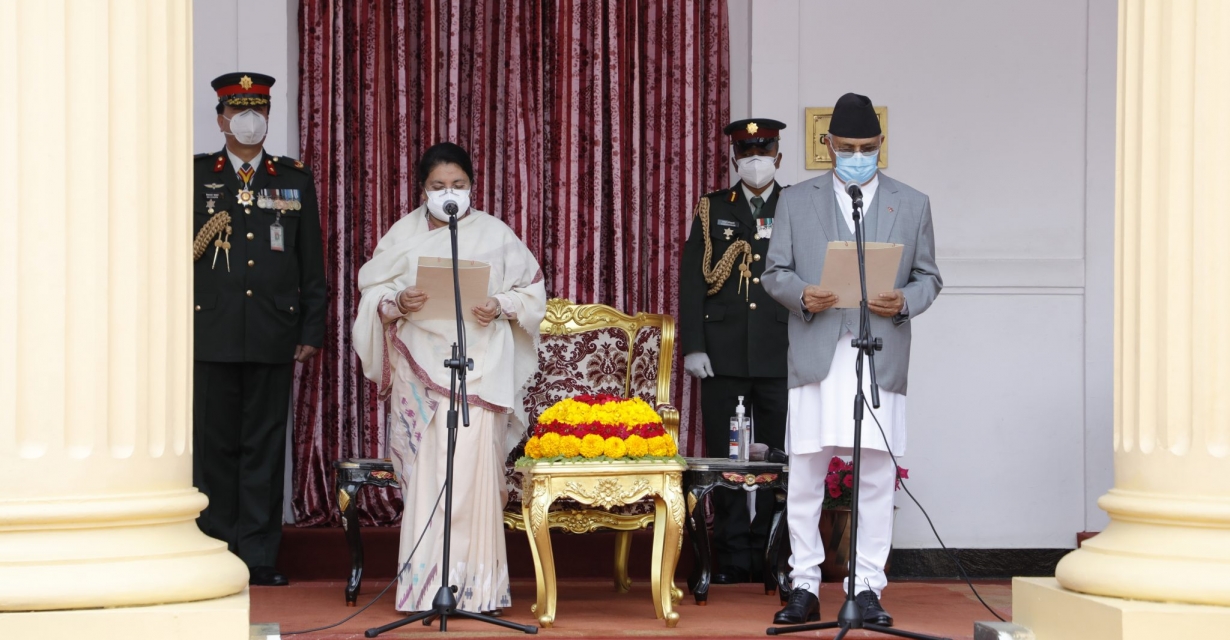 Four different writ petitions had been filed at the apex court demanding that the oath taken by Prime Minister Oli on Friday be annulled and seven ministers be sacked from their positions.

The writ also urged the apex court to issue an interim order for the PM to retake the oath of office and secrecy.

All four writ petitions had demanded that the prime minister take another oath of office and secrecy as it was taken without a proper federal law regarding oath taking in place.

Senior advocate Chandra Kanta Gyawali and advocates Lokendra Oli and Keshar Jung KC had registered a joint writ while advocates Raj Kumar Suwal, Santosh Bhandari and Nawaraj Adhikary had registered separate writs demanding to scrap the oath of office taken by PM Oli as he had refused to say the words “I pledge” besides the phrase “in the name of God”, despite being repeatedly recited by President Bidya Devi Bhandari, during his swearing-in ceremony on Friday.

Similarly, the petitioners had also demanded the court to scrap the appointments of seven ministers — Top Bahadur Rayamajhi, Lekhraj Bhatta, Mani Thapa, Ram Bahadur Thapa, Dawa Lama, Gauri Shankar Chaudhary and Prabhu Sah — as they are not members of the House of Representatives.

But the court has not taken any decision regarding the appointments of the seven ministers saying a decision would be taken only after the defendants come up with their written responses.

All the seven ministers were reappointed on Friday after Oli became prime minister for the third time.