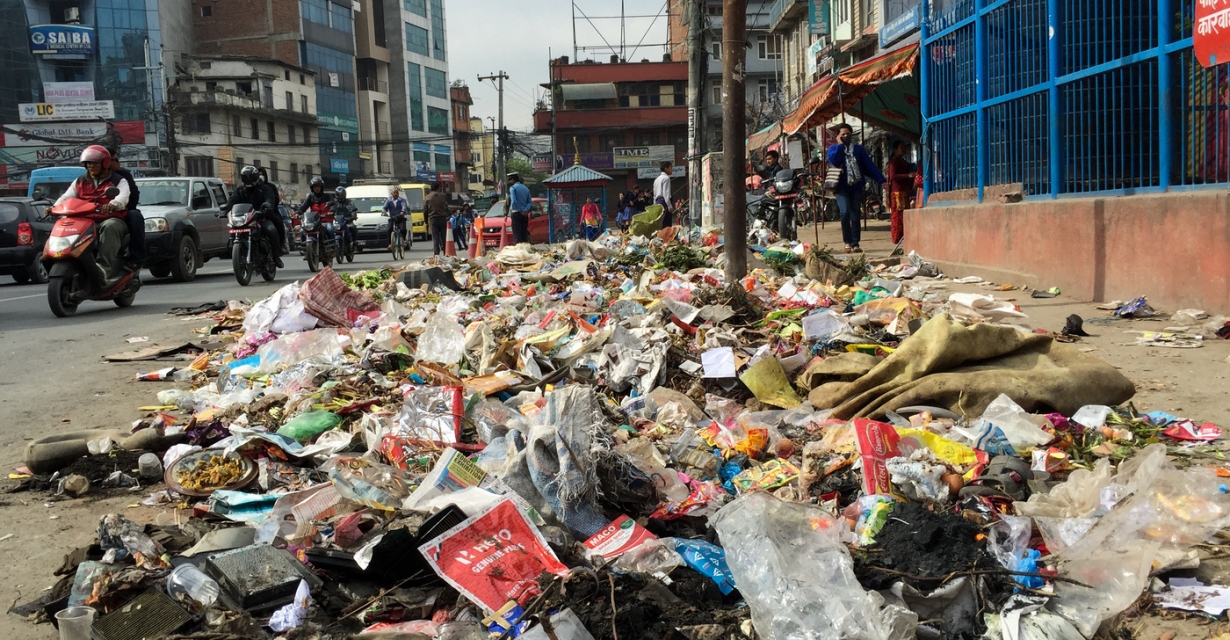 Even Oscar the Grouch might be put off by the growing heaps of trash in the center of Kathmandu.
Garbage collection hits snag yet again after incessant rainfall damaged roads
Read Time: 1 minutes

The process of garbage collection in the Kathmandu valley and surrounding municipalities has yet again come to a grinding halt due to the heavy rainfall since Monday. The vehicles ferrying garbage from Kathmandu have not been able to reach the landfill site at Sisdol in Nuwakot since the roads have been damaged by incessant rainfall.

According to the Kathmandu Metropolitan City (KMC) officials, garbage collection has been stopped for around a week. They said that the garbage collection was earlier halted for a few days during the Dashain festival and now vehicles carrying garbage cannot reach Sisdol due to rain-damaged roads.

KMC has said that an attempt was made to take the garbage trucks to the landfill site on Wednesday, but it was not possible owing to muddy as well as damaged roads.

With the halt in garbage collection, Kathmandu residents have once again started throwing the waste accumulated in their houses around river banks. Dashain is an important festival for Nepali Hindus during which relatives and friends gather, resulting in the generation of more waste than usual.

On average, 1,054 tons of garbage reach Sisdol daily from Kathmandu Valley with 517 tonnes of garbage being collected daily from the Kathmandu metropolis and 537 tonnes from the surrounding cities, including Lalitpur Metropolitan City.