TU finally hires a hearing officer to address sexual harassment allegations after protracted stories of aggrieved associates
Read Time: 4 minutes
Tribhuvan University’s Executive Council has appointed a hearing officer to hear complaints of sexual harassment against staff or students at Tribhuvan University or on campus.
The appointment, which should have occurred years ago, is expected to assist a large number of concerned university associates, students, teachers, or office staff, who have been coming out with their experiences of sexual abuse/harassment they encountered at the university.
Last year, a female staffer at Tribhuvan University filed a complaint against the head of the university’s Anthropology Department, claiming he sexually abused her.
For many years,  ” I have been abused by the head. He even put pressure on me to have sex,” she shared with Online Khabar media.
Likewise, around six years back, when a female student was working on her dissertation, a senior teacher at the university offered to assist her at his residence. As reported, at his place, the female student underwent a horrifying experience.
While seated on the sofa in his living room, the teacher “began touching her, running his fingers along her back and rubbing against her thigh, ”  the female students had shared with Kathmandu Post in an interview.
Reportedly, the teacher had sexually abused many other students in the past.
Stakeholders, including students and professors, admit that this is only the tip of the iceberg in terms of sexual harassment events at the country’s largest academic institution. They argue that inaction has further emboldened others.
Because the institution lacks policy or suitable modality to control such incidents of abuse/harassment, many of its employees and students have felt insecure at TU. Despite several requests from students and employees for such policy and mechanism, the leadership has remained uninterested, according to students and staff.
Similalry, a female professor at TU who is also the head of department of a unit at TU, in an interview with Online Khabar had said, “I have seen many students who are unable to select their thesis supervisor comfortably. They fear being harassed by the supervisor. “
She had further added, “On the other hand, some male supervisors are also worried whether they will also be accused of sexual harassment.”
Meanwhile, now that the TU has appointed a hearing officer, it can be said that this would give numerous associates of TU, along with teachers and students, a sense of relief and a support system to fight back against their long suppressed cases of sexual violence.
The appointment is a part of the decision of the meeting of the Tribhuvan University Executive Council held on Chaitra 25, 2078 BS.
It states that if any person is sexually abused in the central office of Tribhuvan University or its campus, research center, study institute, faculty, or premises, the concerned body head will hear the complaints and act accordingly, while in the case of the central office, the head of education will hear the complaint, as per the statement issued by the Office of the Registrar, Information and Public Relations Division.
A statement issued by the division said, “Anyone who abuses his or her position, power, or authority under any kind of pressure, influence, or temptation, or abuses an employee or client in any form of sexual harassment in the workplace is liable to strict punishment.” Victims, on the other hand, have 15 days to file a written or verbal complaint with the hearing officer, and if they do, the officer will immediately investigate the matter.
According to the Information and Public Relations Division, action against such culprits will be punished under the Sexual Harassment in the Workplace (Prevention) Act 2071 BS
Related News 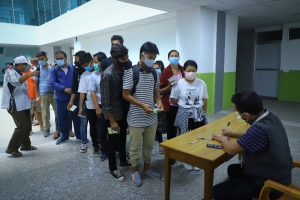 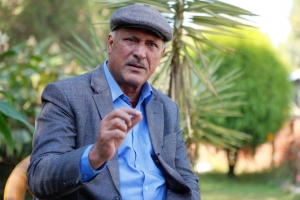