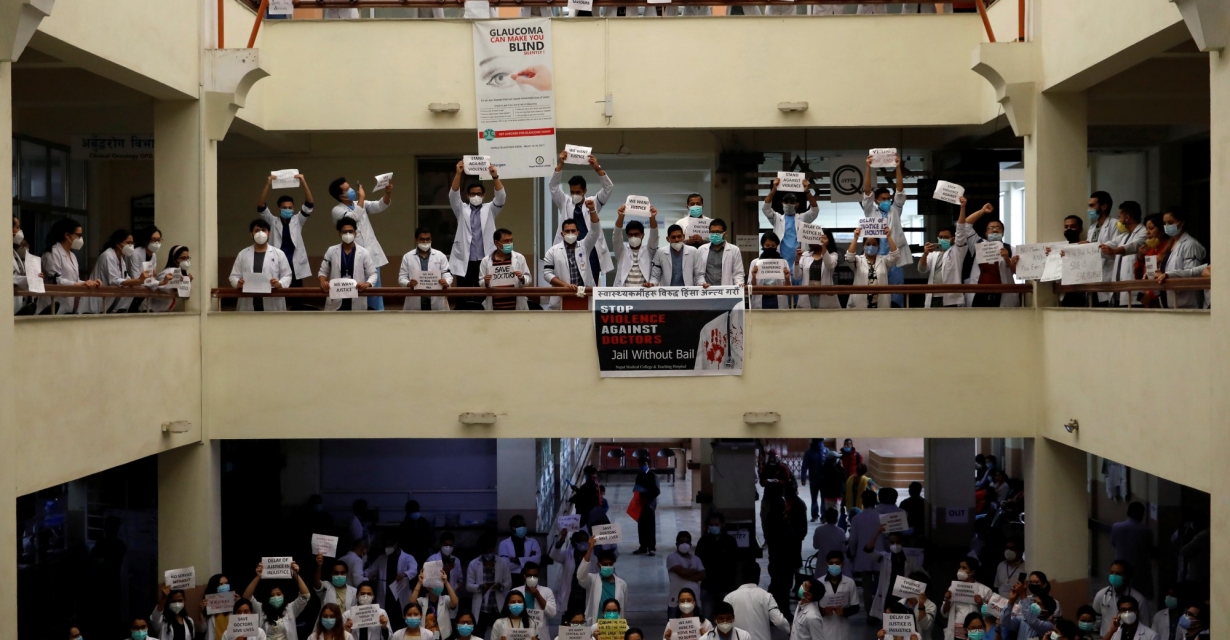 Doctors holding placards protest against the assault on a doctor at Nepal Medical College, Teaching Hospital during the lockdown imposed by the government amid concerns about the spread of coronavirus disease (COVID-19) outbreak, in Kathmandu, Nepal May 31, 2020. REUTERS/Navesh Chitrakar
NMC doctors protest manhandling of colleague
Read Time: 2 minutes

A four-member probe committee of Nepal Police has been formed to investigate into the ill-treatment of an on-duty doctor at the emergency ward of Nepal Medical College (NMC) in Kathmandu.

The CCTV footage of the incident was also deleted immediately to allegedly hide the manhandling.

A doctor at NMC was allegedly beaten up on May 27 by the son of a 54-year-old patient who had died due to ‘respiratory illness’ a few hours after being admitted at the emergency ward of the hospital.

According to the doctor who was manhandled, the man punched him when a team of doctors sought the former’s permission to test the deceased’s swab samples for Covid-19.

The son of the deceased accused the doctors of causing his father’s death with their carelessness and that the doctors were trying to hide their negligence by suggesting that the death occurred due to Covid-19.

Later, the doctors found that the CCTV footage of the incident inside the emergency ward had gone missing.

Meanwhile, the family of the deceased has written a letter to the hospital administration, Kathmandu District Administration Office and the local government, seeking fair investigation into the case.

The hospital administration has refuted the allegation that it deleted the incident’s CCTV footage.

The medical fraternity has condemned the incident and said it was unfortunate that doctors were being attacked at a time when they are risking their lives to save the lives of others. 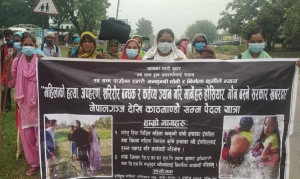