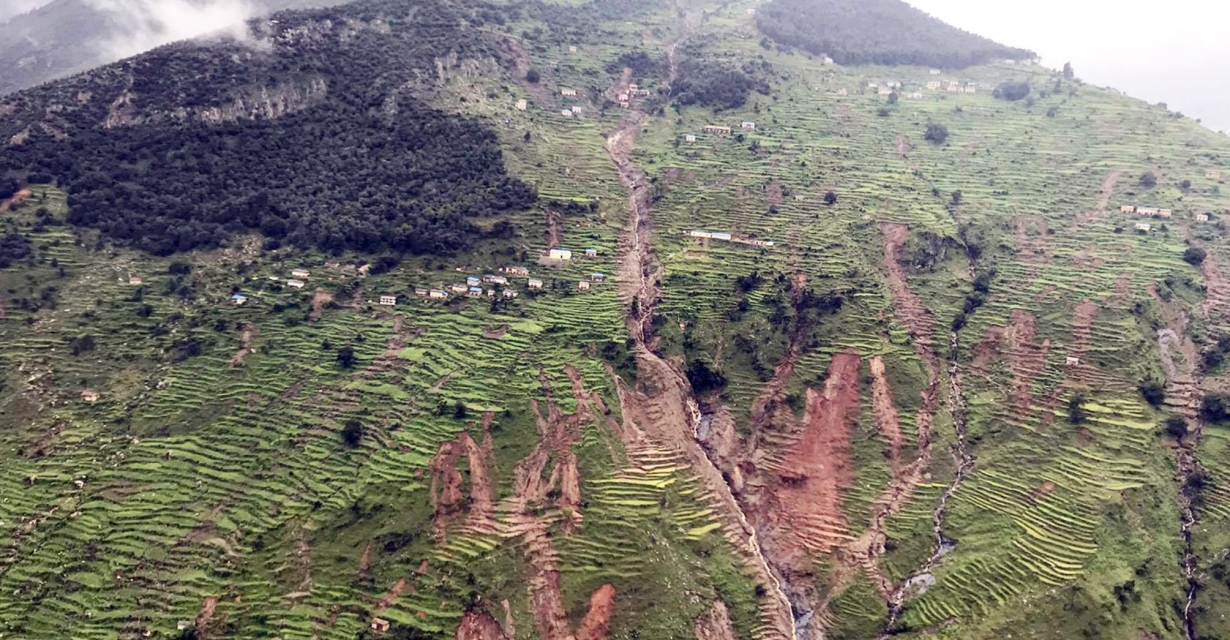 At least five persons of a same family died and four others are missing after a massive landslide triggered by incessant rainfall buried a house in Waling Municipality of Syangja district early morning Thursday.

The landslide buried the house belonging to a local Maya Nepali at about 4: 30 am Thursday. Five dead bodies have been retrieved from the incident site and search for the missing is underway, informed District Police Office Spokesperson DSP Rajendra Adhikari.

A 10-year-old child was rescued alive and has been taken to Waling Hospital for treatment, according to Waling Municipality Committee Chairperson Rajendra Dumre. A total of 10 family members were sleeping in the house when the incident took place.

Locals are helping security personnel in the search and rescue works amid incessant rainfall.

Similarly, five persons of a same family have gone missing after three houses were buried when a landslide struck a settlement in Rambha Rural Municipality, in Palpa on Wednesday night.

Those missing include one male, two females, and two minor girls. Search for them is underway although heavy rainfall has hampered search and rescue operations, informed local authorities.

It’s been raining in almost all parts of the country for the past 42 hours. The Department of Meteorology has informed that the weather will likely improve Saturday onwards.