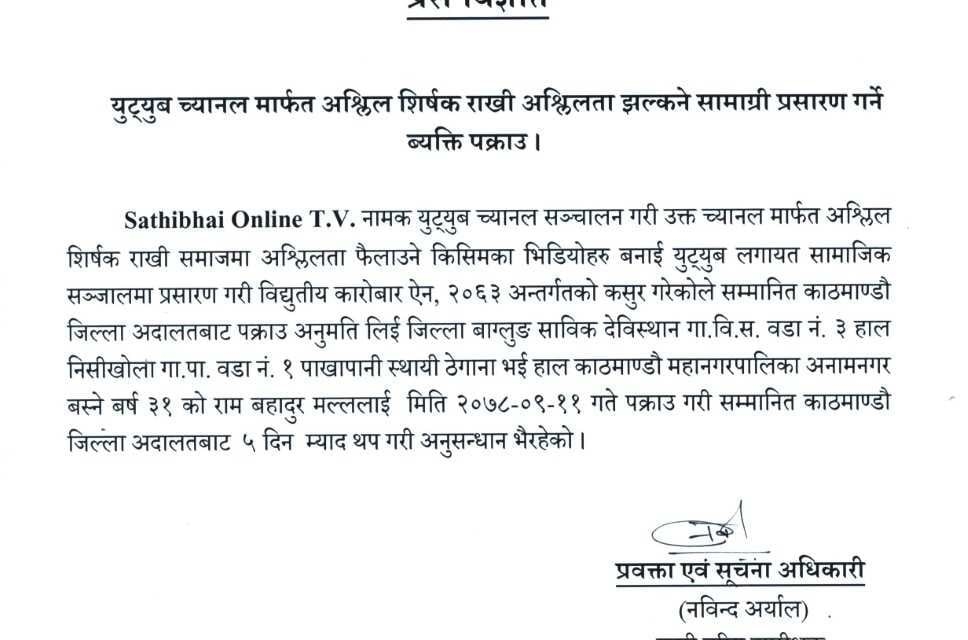 The Cyber Bureau of Nepal Police has arrested a person on the charge of making and publishing videos with obscene titles.

The arrested has been identified as 31-year-old Ram Bahadur Malla, a permanent resident of Nisikhola-1, Baglung district and currently residing in Anamnagar of Kathmandu.

Bureau spokesperson and Senior Superintendent of Police Navind Aryal said that Malla was arrested from Anamnagar on Sunday and Kathmandu District Court had remanded him in custody for five days for further investigation.

According to police, Malla made videos with obscene titles with the aim of spreading crassness in the society through his YouTube channel called Sathibhai Online TV as well as other social media platforms.

He will face action as per the Electronic Transactions Act, 2008, informed police.