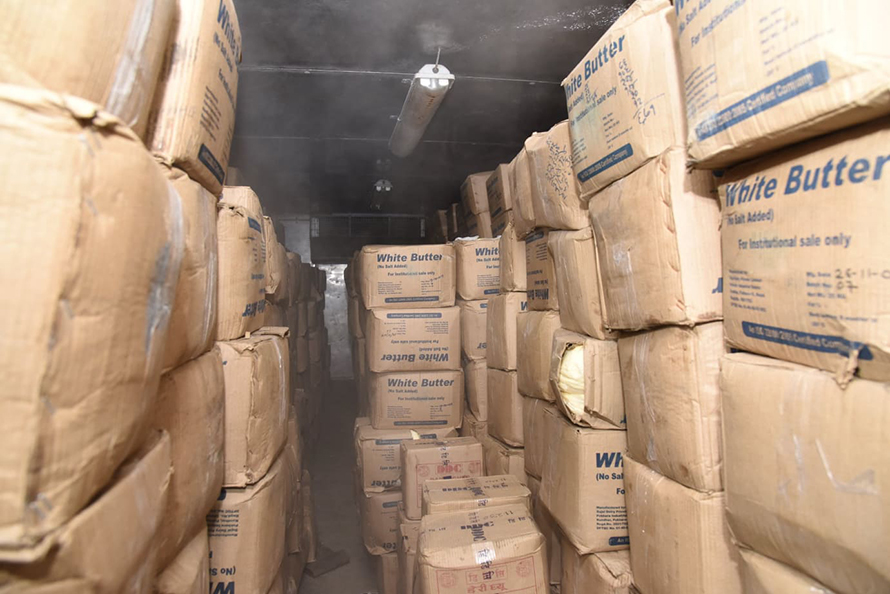 Unlabelled and expired butter worth around Rs 165 million has been found in the warehouse of the state-owned Dairy Development Corporation (DDC). The Department of Agriculture under the Kathmandu Metropolitan City found the product while inspecting the milk distribution project of DDC in Balaju on Tuesday.

According to Department chief Hari Bahadur Bhandari, the distribution project has a stock of 194,975 kg of butter. According to DDC sources, the butter is sold to distributors at Rs 780 per kg. In the case of the general public, the product costs Rs 850 per kg.

“Butter worth Rs 165.728 million were found stored in several 25 kg cartons. However, most cartoons do not have a label and those that have labels are expired,” informed Bhandari.

“Both infrastructure and packaging at the warehouse have been found suspicious. Some of the packages do not have a production date while the packets that have the date are expired. Further investigation is underway,” said Bhandari.

Chief of DDC’s Balaju Milk Distribution Project, Govinda Raj Joshi, informed that the butter had been stockpiled as the recent lockdown and prohibitory order had affected sales as well as distribution.

Some packages at the store have labels that say the product is good for consumption up to eight months with the production date of November/December 2019, meaning they are expired.

Joshi, however, claimed that the butter’s life term is usually not just eight months and that the product is not expired and is still edible. “We have already written to the center regarding whether to use butter or not and a decision has yet to come. If the center says the butter is inedible, action will be taken as per the law,” said Joshi.

Madhav Timilsina, chairperson of the Consumer Rights Research Forum, who participated in the monitoring, said, “Anyone who feeds expired butter to the public should be brought to justice.”

He alleged that the monitoring carried out by the Department of Commerce and the Department of Food Technology and Quality Control were questionable when a large quantity of expired food items was found in the warehouses of government institutions.