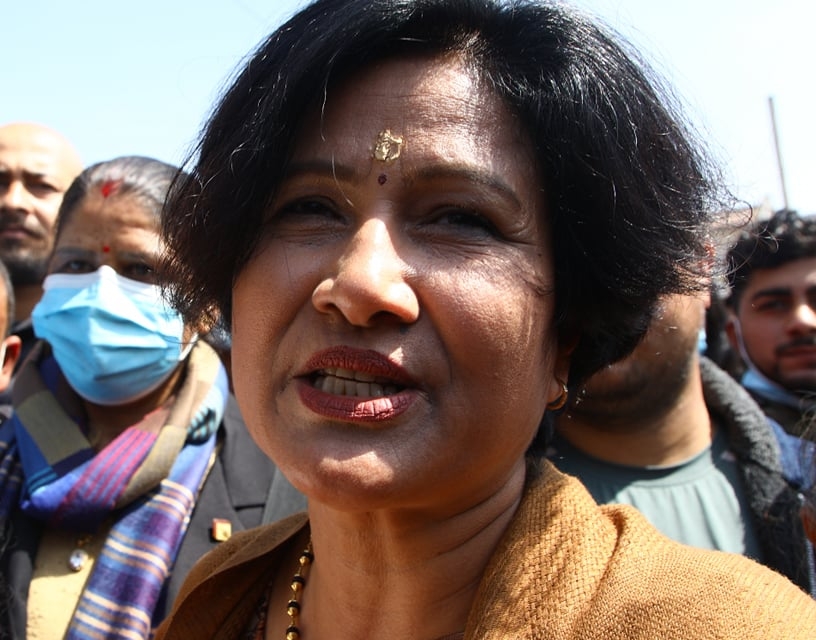 National Assembly Member Komal Oli on Tuesday reached the Kathmandu District Court to file a defamation case against erstwhile Nepal Communist Party (NCP) leader Raghuji Panta after he made objectionable remarks against her. 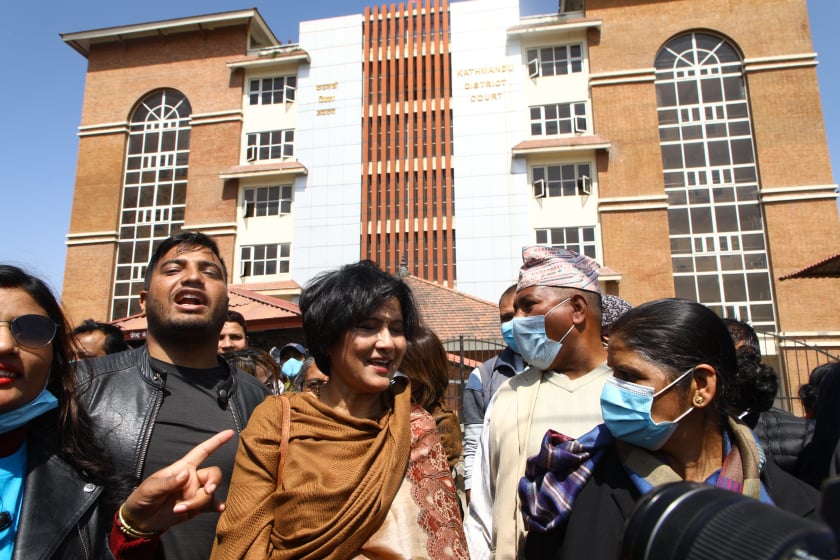 Panta, during one of his speeches on February 27, had taken a jibe at Oli and remarked that some women in NCP managed to secure parliamentary seat by singing “provocative songs like poila jaana paam (let me elope) and moving their sarees up to show their calf”.

Panta had also said that the leaders making long-run contributions to the party were deprived of National Assembly and central membership while Oli got both the posts.

Panta belongs to the Pushpa Kamal Dahal-Madhav Kumar Nepal faction of erstwhile NCP whereas Oli is an MP from Prime Minister KP Sharma Oli’s faction, besides being a reputed face in the Nepali music industry.

Oli retaliated to Panta’s remarks saying it was intended at assassinating the character of women who are in leadership positions and such comments were capable of inciting gender-based violence.

Oli said that she received several phone calls from family and friends following the incident and they blamed her for choosing to join politics despite being successful in the music industry.

“Even my near ones indicated that I deserved such abusive comments because it was my choice to become a politician. This shows how such comments or remarks hinder women from assuming leadership roles and prevent us from speaking up,” she said.

Panta had later apologized to Oli following a public outcry and scrutiny online.

“The kind of remarks he made, about not just me but all women, are offensive. This is unacceptable and that’s why I’m seeking a legal recourse,” Oli said.