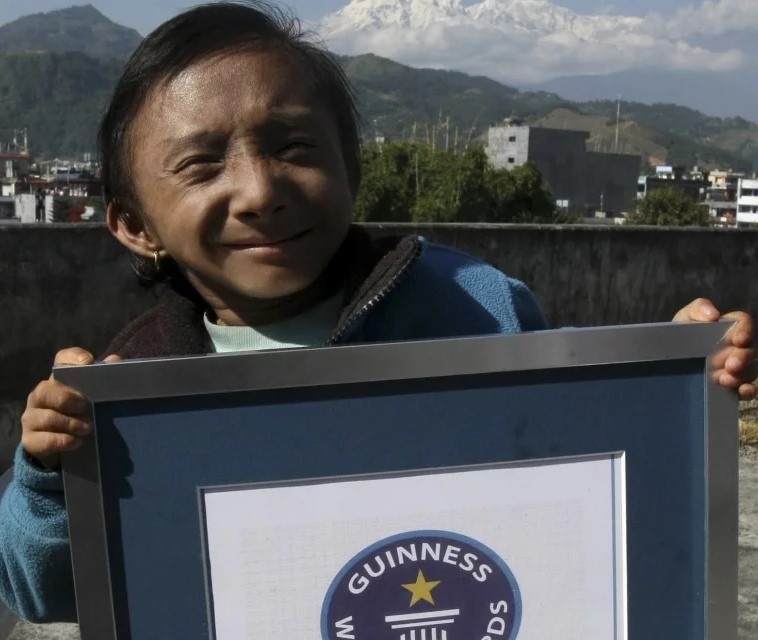 Khagendra Thapa Magar, a Guinness world record holder for being the shortest man in the world, died at Manipal Teaching Hospital in Pokhara on Friday at the age of 27.

He was admitted to the hospital on Thursday after having some health complication due to cold. According to Khagendra Thapa Magar Foundation Chairperson Min Bahadur Rana Magar, Khagendra died in the afternoon during the course of treatment.

Doctors involved in his treatment have attributed his death to pneumonia. Khagendra, who could not gain weight and height as per his age, had breathing complications.

His record was officially certified only after six months, owing to the provision that the record holder must be at least 18 years of age.

Born as the son to Rup Bahadur Thapa Magar and Dhanamaya, Khagendra was just 600grams at birth on 14 October 1992. He was declared as the brand ambassador of Nepal Tourism Year 2011. He had visited the UK with government team to promote tourism in Nepal.