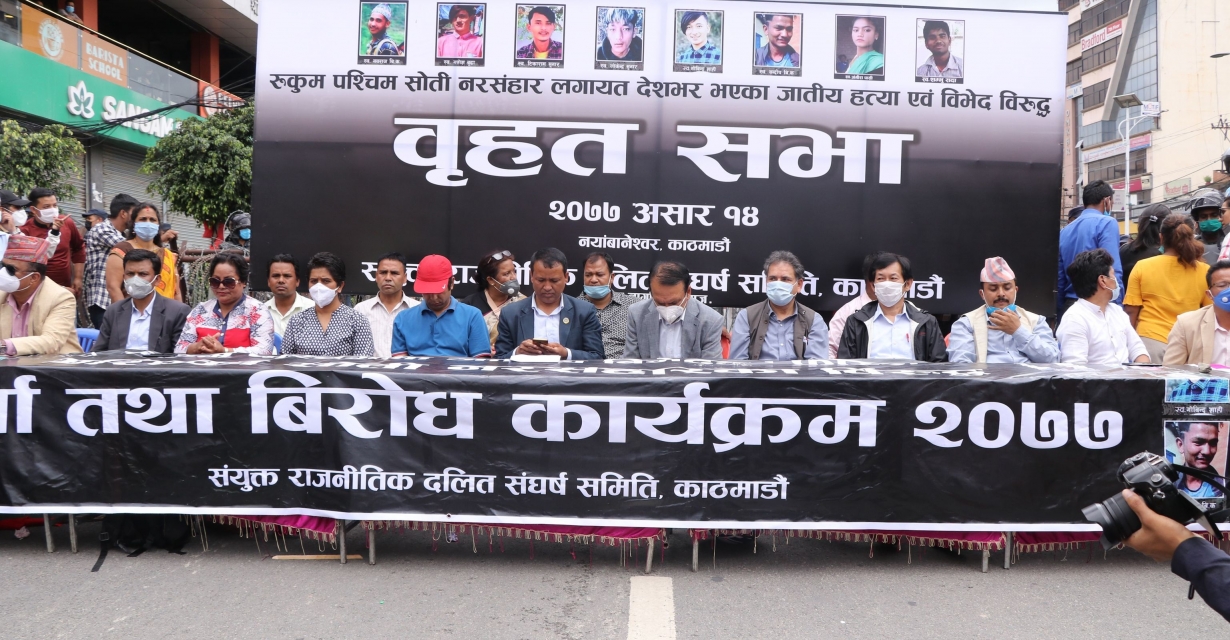 The Rukum West District Court has started to record the statements of the witnesses of the incident in which six people were killed in Soti of Rukum West in May last year.

A nine-member parliamentary committee was formed on June 8 under the leadership of CPN-Maoist Center MP Devendra Poudel (current Education Minister) to investigate the incident. The committee had concluded that the Soti incident was premeditated.

According to the investigation report, the mass murder was premeditated and conspired by the girl’s family as they were not happy with their daughter being in a relationship with a so-called “lower caste” boy.

The probe committee also concluded that it found utter lapses on the part of the local administration as well as the local government in investigating the incident.

The accused are facing charges of murder and practicing caste-based discrimination. Twenty three accused in the incident are held in judicial custody awaiting trial, while 11 people have been released.