As per the International Council of Museums (ICOM), “A museum is a non-profit, permanent institution in the service of society and its development, open to the public, which acquires, conserves, researches, communicates and exhibits the tangible and intangible heritage of humanity and its environment for the purposes of education, study and enjoyment.

One of such educational institution is Kathmandu Valley’s very own Patan Museum. 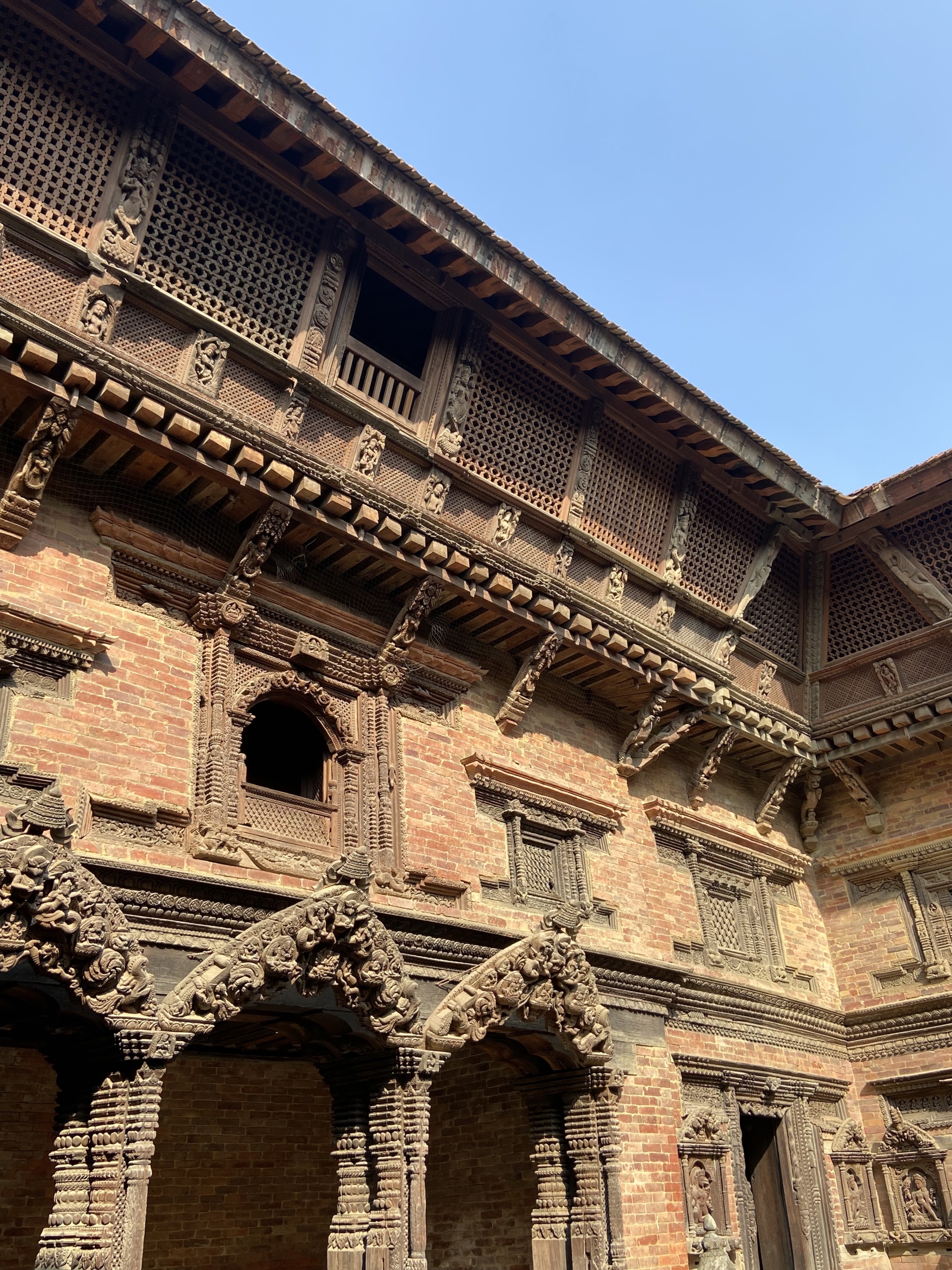 Patan Museum, located in Patan, Lalitpur, Kathmandu, is one of UNESCO’s World Heritage Sites. Inaugurated by King Birendra Bir Bikram Shah Dev by lighting a traditional lamp, the Patan Museum was formally opened to the public on the 28th of October 1997. However, even before it’s opening, numerous cultural activities had been organized in this venue.

According to the first volume of ‘Journal of Patan Museum’, in 1992, on the occasion of the great centenary of the world-renowned composer Wolfgang Ameudis Mozart, the famous Mozarteum Quartett Salzburg played the classical music of Mozart, Haydn and Schubert. In the same function, famous classical dancer Ms. Honi Shrestha, in the company of Kamal Chhetri and his musical group, performed the classical Nepali dance known as Chariya Arya Tara dance.

“Our mission is to promote Nepali art and architecture worldwide”, he added.

While it is well known that museums play a large role in promoting one’s heritage and culture by conserving it, it is still yet to be widely recognized as a place where one can get their education in.

“Learning is not at all restricted to formal schooling because people can learn from everywhere”, said Suresh Suras Shrestha, Department of Museology and Buddhist Collection Studies, Lumbini Buddhist University, in the above-mentioned journal.

“One can go to the national museum to observe or enjoy the old collections, but simultaneously they would learn several things by seeing the objects, reading labels and interacting with them”, Shrestha added.

In Patan Museum, one could learn about the step-by-step process of gilding used to make several historical statues of Buddha, or regarding the Newari Language of Architecture in-depth in The Architectural Gallery. One could also simply get the feel of a room’s history through the floor layered with red clay and the walls plastered with a traditional mixture of clay and whitewashed with white clay from Thimi.

Patan Museum does not only consists of exhibition galleries, but the buildings themselves are like open architectural museums. “The transformation of the Sundari Chowk courtyard into a museum space aims at presenting the original spatial configuration of the north, west and south wings, which date back to the early 18th century, as its main exhibit”, reads the caption written by Mary Slusser, a leading expert on Nepalese art.

The Patan Museum also promotes heritage through the different activities they do for local cultural festivals. “During Rato Machindranath Jatra, Patan’s main festival, we held an exhibition showing pictures related to the Jatra. Later, as a continuation of the first exhibition, we brought in objects and put on an exhibition surrounding the chariot or “rath” of Rato Machindranath”, said Lakhe. “These promotion of our indigenous culture would not have been possible without the help from our local committee”, he added.

It is mainly through exhibitions that they educate the public on such local festivities and customs. During Dashain’s “Payo Jatra”, Patan Museum plays a supportive role in the management of the festival by collaborating with the local committee. During “Payo Jatra” people of the Guthi don on the clothing of deities and equip themselves with their weapons as well, and walk around Patan, starting from the Patan Durbar.

As said by Sandeep Khanal, the Executive Director of Hanumandhoka Durbar Museum, Kathmandu, in the fourth volume of Journal of Patan Museum, “The museum plays an important role in connecting our unique art, culture, and heritage with the society and preserving them.” 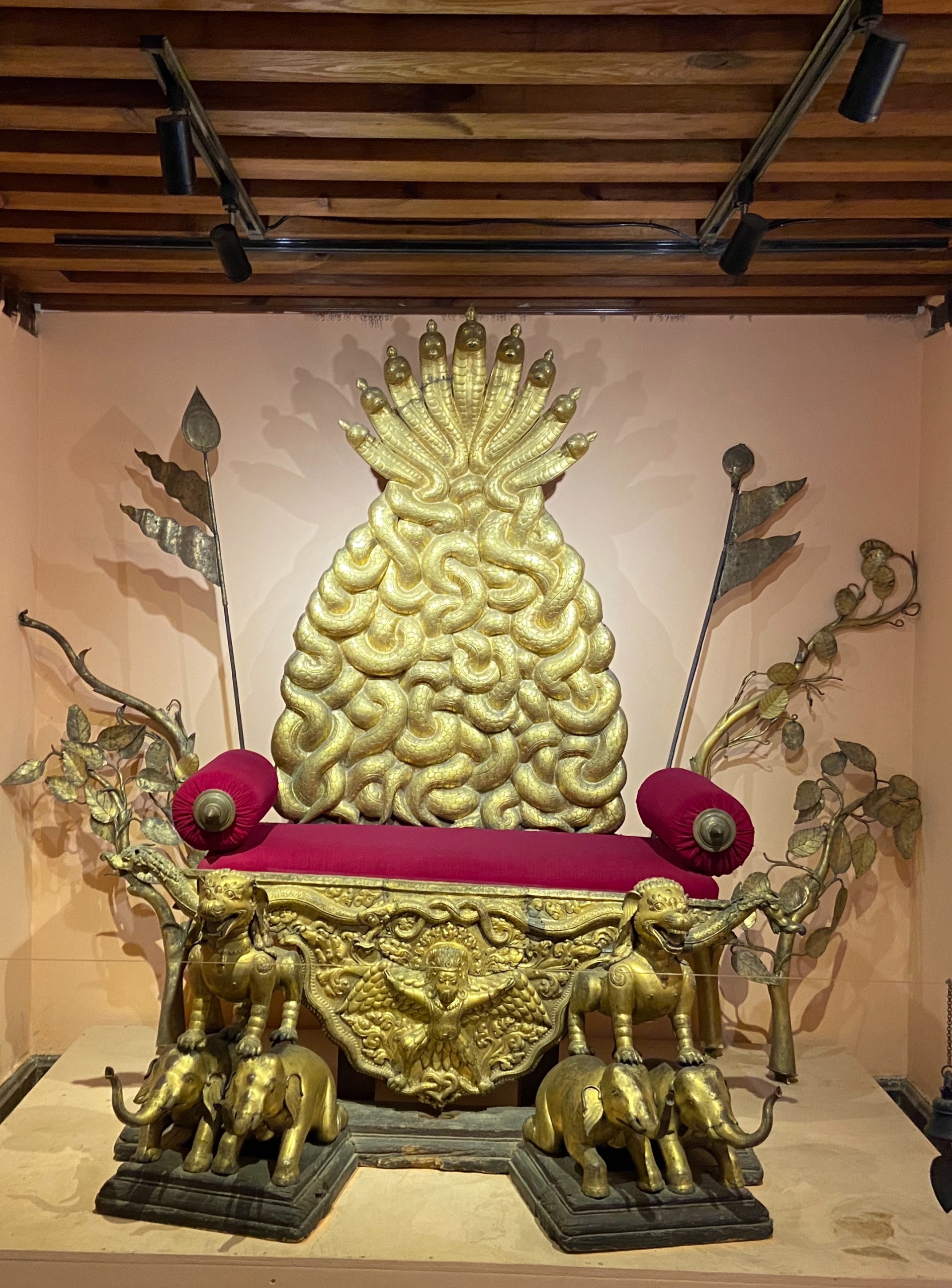