At the time, in 1976 AD, Singh, Koirala and several other pro-democracy leaders were living in exile in India. Singh lived two to three kilometers away from the main town area of Gorakhpur – in an area called Modipur. He was renting the ground floor of a home belonging to a jeweler of Punjabi origin. “The jeweler was also compassionate towards Nepal’s quest for democracy”, Singh shares with Mathbar Singh.

“The house was wide and spacious, and had a large compound area – therefore it would allow the wind to pass – making the Gorakhpur heat a little tolerable”, Singh talks about Gorakhpur’s unbearable heat.

“However, in the main town area, people would not dare leave their homes between 12:00 pm to 4:00 pm. Shops would be shuttered, and the streets would look deserted – only to open in the evening”.

A messenger arrives at Singh’s doorstep: 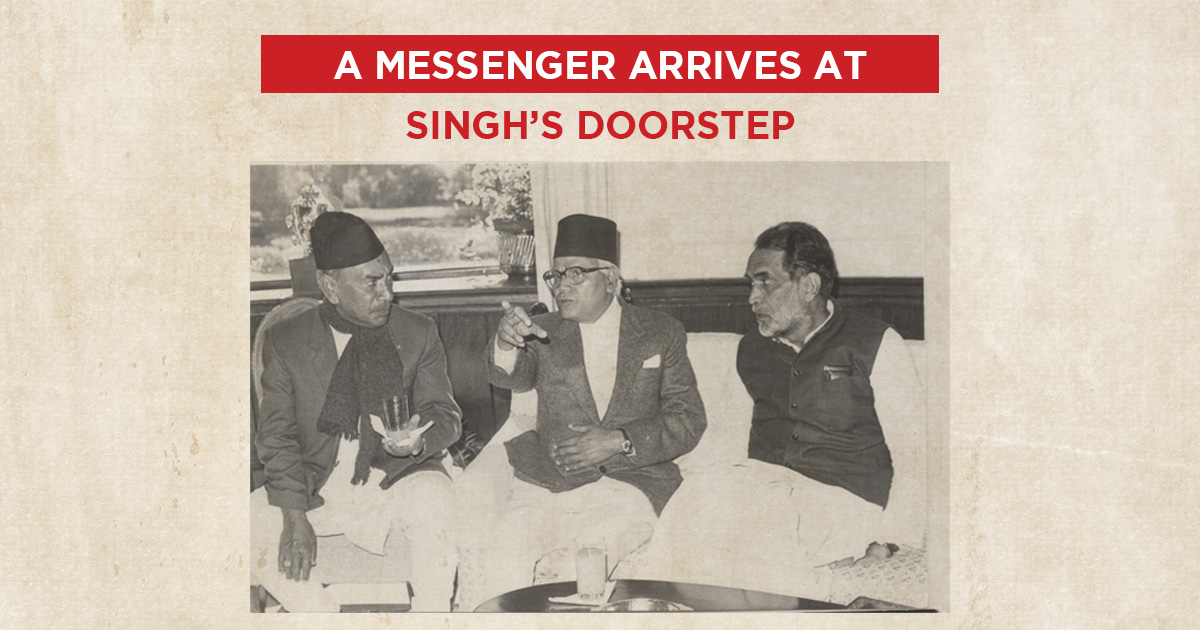 It was around mid-day, and an extremely hot day when a messenger arrived at Singh’s residence in Gorakhpur. The messenger had arrived from BP Koirala’s residence in Sarnath with an urgent request for Singh to leave for Sarnath immediatey.

“I don’t remember the exact date, but I do remember that it was sweltering. It was impossible for residents to leave their homes during such heat”, Singh shared.

“Two things struck me – this messenger had arrived despite such heat which implied urgency. Furthermore, I had just met with Koirala Ji a few weeks ago. What could have had happened that was so important?”

Also, it was pointless to ask the messenger about the reason for the urgency – as owing to policy; messengers would not know why they were extending an invitation on someone’s behalf.

At the time, Singh had two guests from Western Nepal living in his apartment. They had just prepared lunch when the messenger had arrived. The four of them shared the meal, and Singh and his friends, along with the messenger made their way towards Gorakhpur Railway Station.

“The Gorakhpur Railway Station was a major train station during the time. It was huge, and served as an important hub (transit point) for passengers wishing to leave for all parts of India. For several Nepalis who hadn’t seen a train – they would watch in great admiration as the trains slowly made their way into the platforms”, Singh shared.

“There would always be a frenzy of people – people from various walks of lives leaving for their destinations. This made getting train tickets an arduous job. Luckily, our friends had lived long enough to know how to avail tickets quickly. Half an hour at the station, we were boarding a train to Sarnath.

After reaching Sarnath, Singh immediately went to Koirala’s home. There they continued their age-old habit of greeting each other.

Once, before the 1951 AD Revolution, when Singh was living in Raxaul, Singh had gotten an invitation from Koirala who was living in Patna. At the time, whenever Singh would travel, he would travel with one bag – with as little possessions as possible. Seeing Singh arrive with a single bag, Koirala had asked where his other belongings were – to which Singh had replied jokingly that it was arriving in another rickshaw.

Thus began a lifelong ritual of greeting each other between Koirala and Singh. Koirala would ask where his bags were, and Singh would reply that it is arriving in another rickshaw.

At Sarnath too, they observed the same practice. Koirala seeing Singh arrive with one bag, asked him where his remaining luggage was?

Democracy Series (Phase II): Why does the story jump 23 years?

A conversation between Singh and B P Koirala