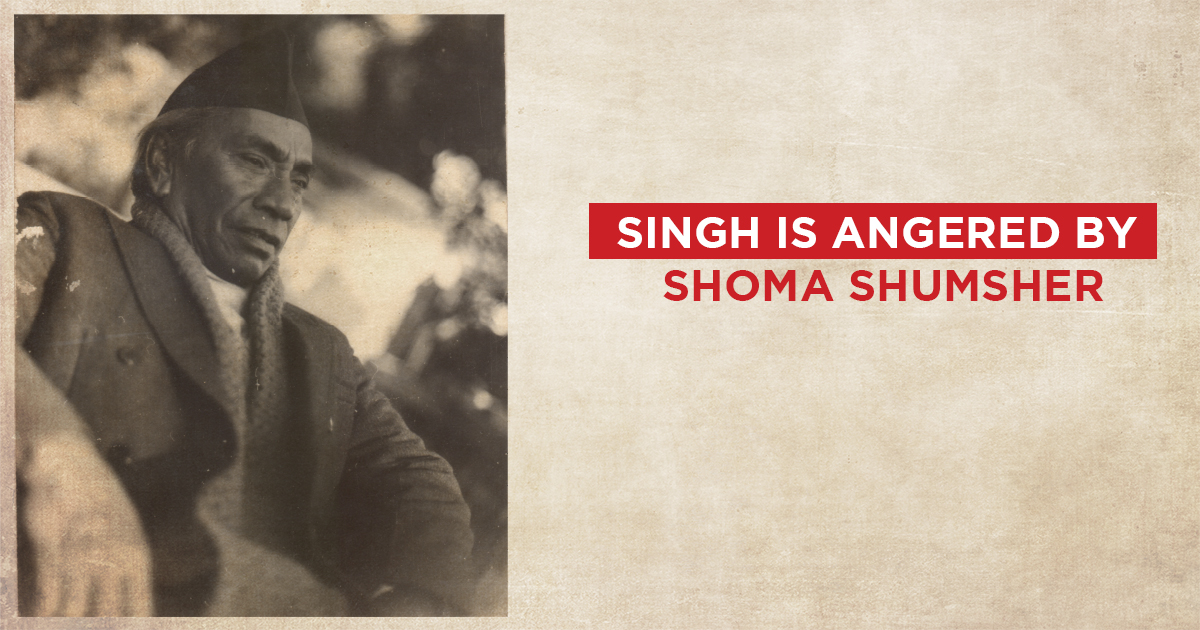 Singh is arrested and taken back to Kathmandu
Read Time: 6 minutes

Ganesh Man Singh was held in Thori for two days. On the third morning, a team of policemen arrived to facilitate Singh and his friends’ transfer to Birgunj. The three, escorted by six police officers under the command of Constable Brahma Dev Singh were therefore taken to Birgunj.

Travelling via the jungle road, they were only able to reach up to the village of Pandaypur on the first day.  They spent the night at the local police station, and left for Birgunj early morning the next day.

Once at Birgunj, Singh and his friends were taken to Governor Soma Shumsher’s residence.

Governor Shumsher, once informed about Singh’s arrival in his compound, stared outside from his window.

He looked at the three, and then said to the officer in a reproachful manner,

“You stupid people, how can this person be Ganesh Man? Which Newar did you manage to pick up along the way?”

The constable, in a loud voice folded his hands and said, “Sarkar, he is Ganesh Man. There is no doubt”.

But Soma Shumsher wasn’t convinced, and only believed the constable once he said Bhaktaman and Tilakman, employees of the office of the Governor could confirm Singh’s identity.

Once assured, Soma Shumsher asked which path did they take from Thori to Birgunj?

“Via the forest road Sarkar”, the constable replied.

“How can wild animals devour me before I devour the Ranas up? How ‘Soma’ less (shameless) are you to talk from a window? Come down”, an enraged Singh said.

Soma Shumsher was embarrassed and flushed, and ordered the three to be kept in custody while he started making phone calls to Kathmandu.

Bhimphedi to Thankot on a Taamdan: 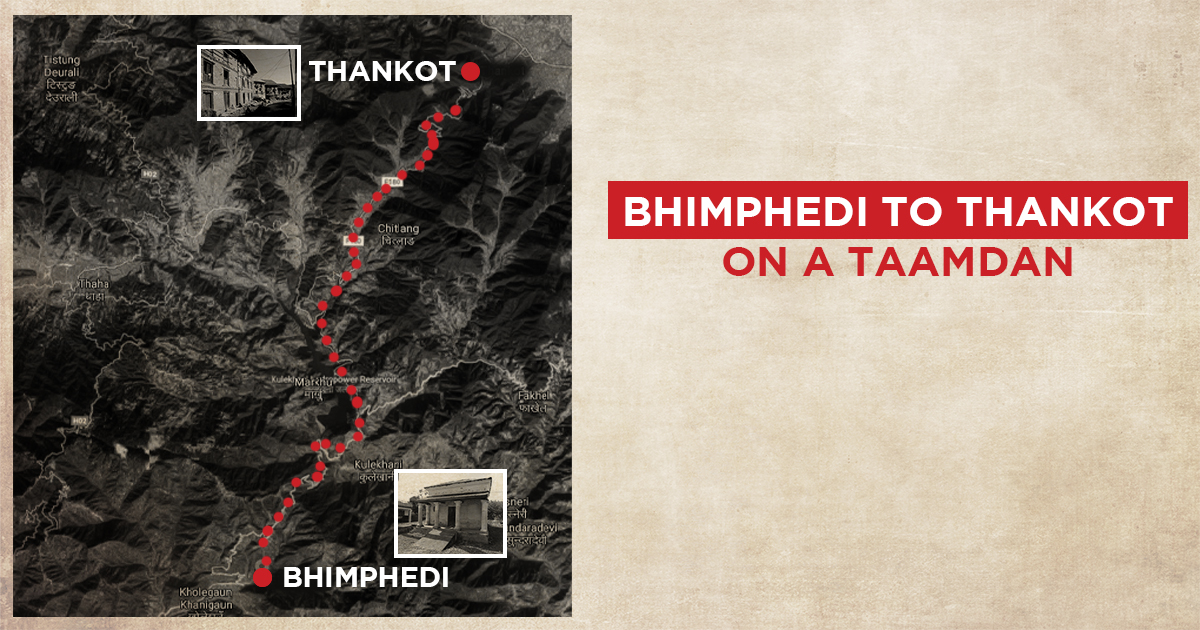 By the time, Soma Shumsher got in touch with the Sri Teen Mohan Shumsher, it was 11 a.m.

Mohan Shumsher ordered Singh be sent to Kathmandu immediately, and at 12 p.m. Singh, was aboard a train which took him to Amlekhgunj. From Amlekhgunj, Singh was transferred to Bhimphedi via a truck.

The police officers and Singh rested at Bhimphedi for the night.

The next morning, after Singh realized he was supposed to cover the distance from Bhimphedi to Thankot on foot, refused to walk. After all he had been accorded special transport provisions the other day which meant the government had ordered Singh be present to Kathmandu immediately.

He decided to exploit the situation, and therefore demanded to be transported via a Taamdan – a kind of a (litter) wooden vehicle powered by human power, and primarily used for human transport.

The police officer, who in fact had orders to bring Singh to Kathmandu urgently, had no option but to arrange one.

Therefore, a Taamdan with eight coolies was arranged, and Singh was transported from Bhimphedi to Kathmandu on the same.

Once in Thankot, Singh was handed over to the military. It was around 7 p.m. at the time.

Three military trucks filled with armed soldiers had been sent to transfer Singh to Singha Durbar – one military truck was placed in the front, the other at the back, and the truck which carried Ganesh Man was in the middle.

According to Singh, before the trucks started, the commanding officer ordered the driver of the first truck to watch out for protesters on the street, and to drive over them should anyone obstruct their path.

Taken back to the same jail in Singha Durbar: 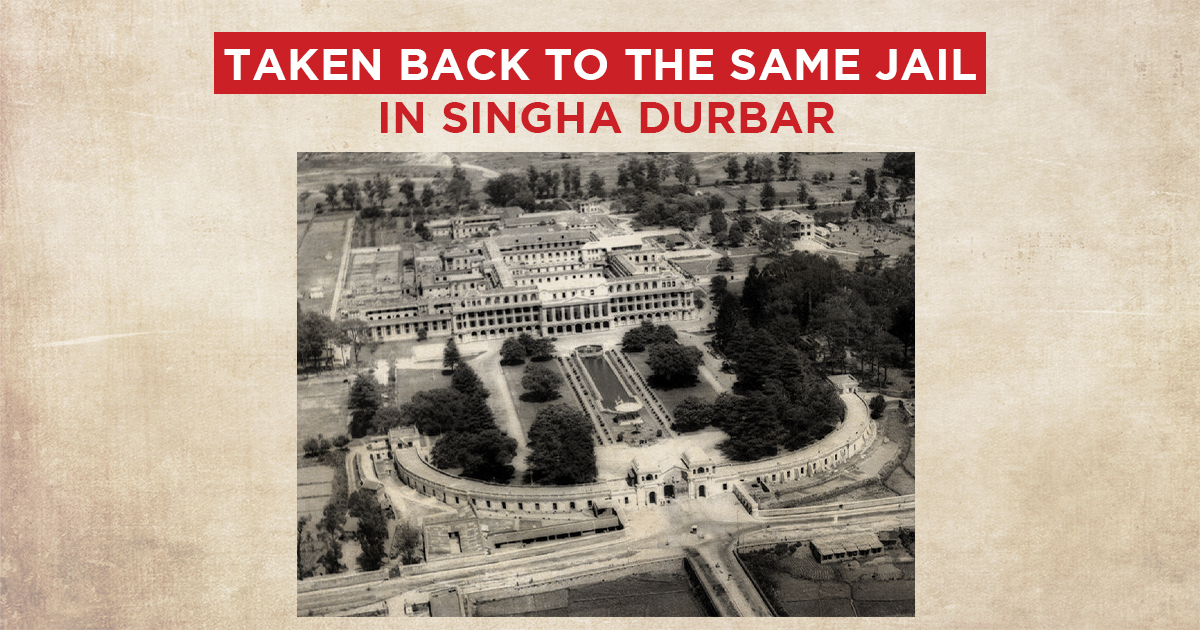 The tight security provisions were made in case members of Nepali Congress would try and create any obstruction while taking Singh to jail. While no obstructions of the sort happened, a crowd of people had gathered to see what the hype about Ganesh Man Singh was.

“They wanted to see the face of this revolutionary”, Singh would tell Mathbar Singh. “However, they were in for a surprise”, Singh adds recounting his memory of the day.

The crowd of people, according to Singh, while initially cheering when the truck arrived, was disappointed when Singh emerged from the truck.

“I was told the founder of Congress had been arrested from Thori. But this man is a dark jyapoo – how could he be a revolutionary”, one person exclaimed from the crowd.

“Yes, how can this jyapoo be a revolutionary? This man is clearly being harassed”, another man added.

The general consensus of the crowd was the same.

“I wasn’t hurt by the remarks, but rather surprised. However, I understood the crowd too was speaking out of ignorance – for them a Newar could not be a revolutionary. I could not help but wonder if the Ranas were able to rule us because we could not rise above our own ignorance about the caste-system”, Singh would tell Mathbar Singh years later.

Once inside, Ganesh Man Singh was taken to the same jail he was confined in ten years earlier – when he was arrested for his involvement with the Praja Parishad. He was chained, and kept in a dark room, and Singh recounts feeling very uncomfortable. His legs weren’t used to being chained for ten years. 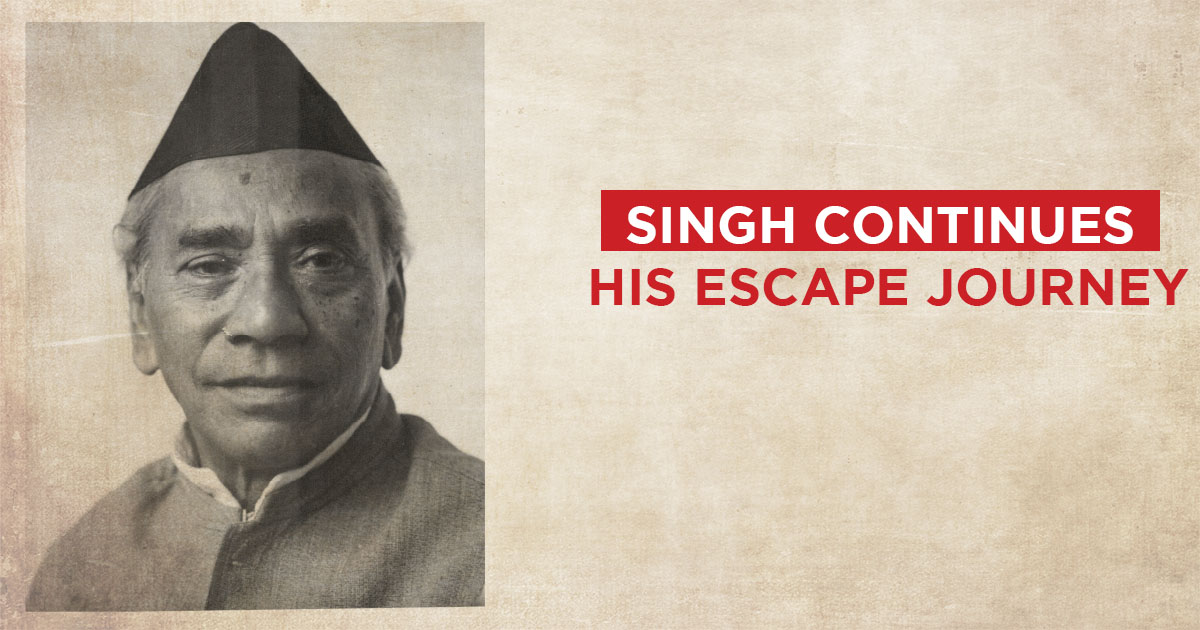 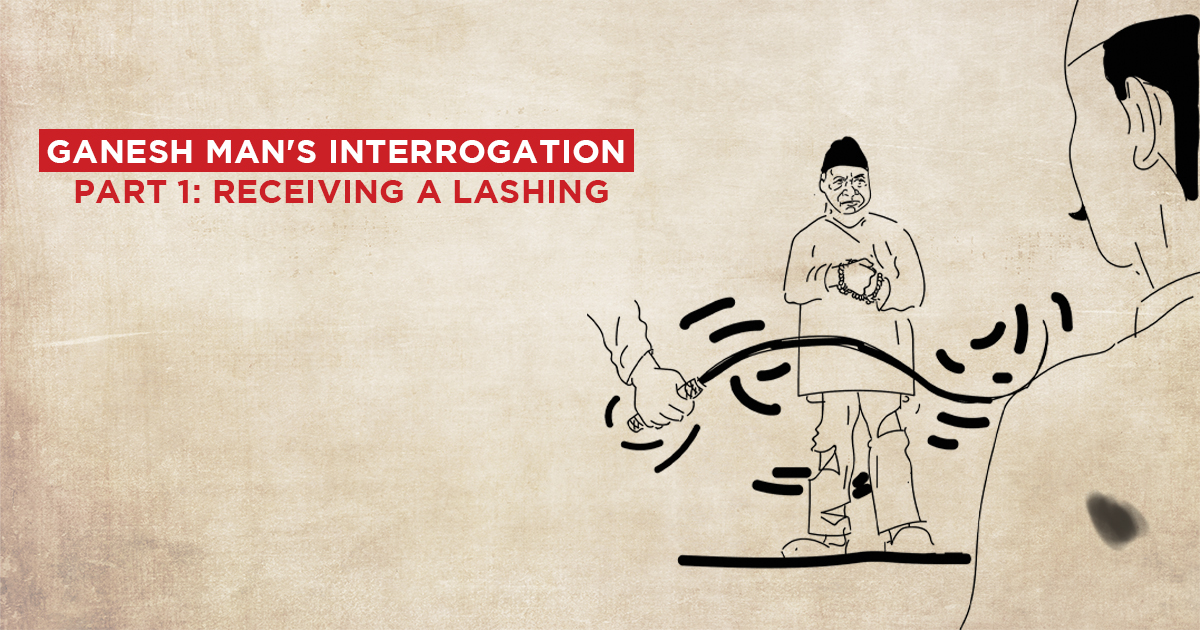 Singh’s interrogation, and a merciless beating