“An important event during the interim government of 1951 A.D was the state visit of Indian PM Jawaharlal Nehru to Nepal. Nehru was not only independent India’s first Prime Minister, but also an internationally recognized statesman, a prolific writer, and an environmentalist, and a compassionate leader. Nehru had also contributed towards the success of the 1951 Revolution of Nepal (Saat Saal ko Kranti) against the Rana regime. Nepal and Nehru shared the same values and passion for a democratic state, hence our closeness”, Singh introduces Nehru in his biography written by Mathbar Singh.

“However, Nehru’s visit too wasn’t without controversy”, Singh adds.

According to Singh, Congress leaders were displeased that Nehru’s official visit paper stipulated that “Indian PM Nehru would be visiting Nepal upon the request of Nepalese PM Mohan Shumsher”.

“Why wasn’t the invitation discussed with the Council of Ministers before extending an invitation?” That was the question Congress ministers asked.

However, the situation wasn’t favourable to follow protocol. Ahead of Mohan Shumsher and B P Koirala’s visit to India, King Tribhuvan had asked PM Mohan Shumsher to extend an invitation to Nehru. Little did they know, the informal invitation would be returned with formal dates of arrival?

“Despite our differences, Mohan Shumsher’s explanation was the truth. He had honestly explained the situation. As per protocol, the procedure would be to prepare a detailed report by the Ministry of Foreign Affairs about an impending visit/invitation – which would then be presented to the Council of Ministers. On Mohan Shumsher’s account, there wasn’t any time to do so”, Singh shares.

Once the dates had been relayed (16th June – 18th June, 1951 AD), both – Rana and Congress ministers were occupied with preparations for his visit. 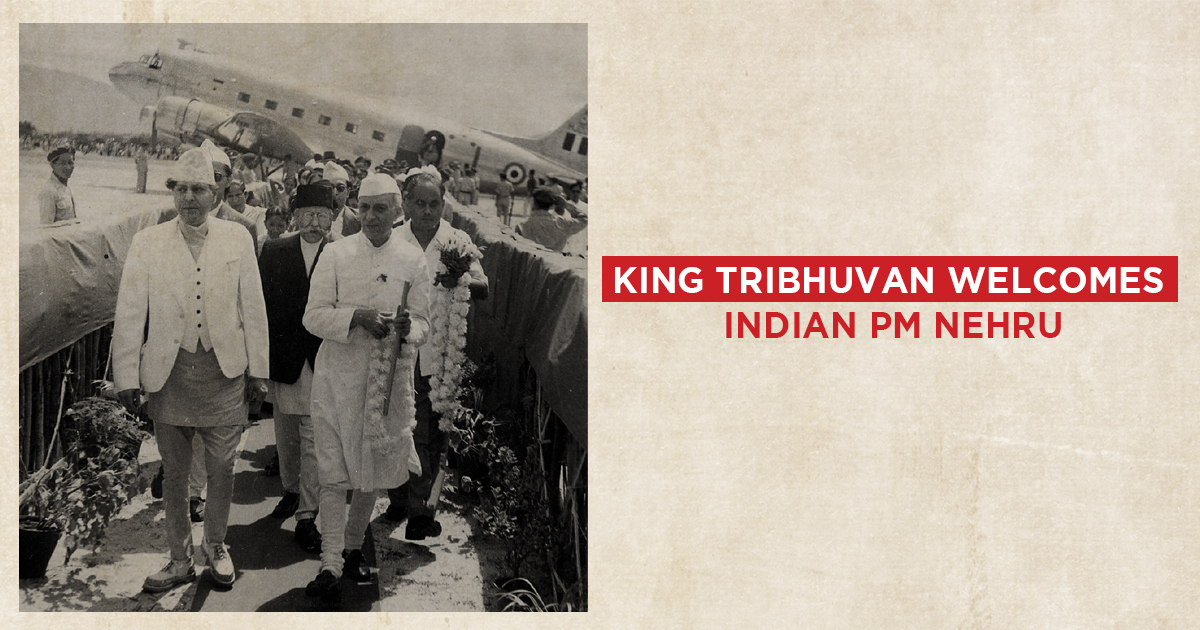 “In mid-June, usually monsoons would have already set in – however during the three day visit of Indian Prime Minister Nehru and his family to Nepal, Kathmandu did not experience any heavy downpour. Because the rain was yet to pour, farmers, who would other be engaged in sowing paddy did not have much to do – therefore along with political friends, students, the farmers too joined the procession to welcome Indian PM Nehru”, Singh tells Mathbar Singh.

“The line stretched from Gauchar (present day Tribhuvan International Airport) to Sheetal Niwas, Maharajgunj – where arrangements for Nehru’s stay had been made”.

“Of course, amongst the crowd were also the communists who believed the Delhi Accord was against Nepal’s sovereign interest. They were there to protest with black flags and banners, and Tanka Prasad Acharya was also a part of it”, Singh adds.

“They portrayed the gesture as a symbol of Nehru’s towering personality and general popularity within Nepal”, he adds.

Nehru was accompanied by his daughter Indira Gandhi and grandchildren Rajiv Gandhi and Sanjay Gandhi. At the airport, Singh and Nehru had only exchanged cordial greetings.

The next day, during a formal program, Singh and Nehru shared a conversation.

“How are you Singh ‘Saheb’”? Nehru asked Singh with a warm smile.

“I am surprised that you remember me”, Singh answered.

To which Nehru smiled and answered, “How can I forget you? Despite my advice to not practice the revolution openly in India, you carried on, and were arrested in Sitamadi. I had to go through a great deal to arrange your release.”

“I am grateful to you for arranging that”, Singh replied.

“After that you were arrested in Nepal. Then, I was unable to do much, but would constantly ask about your well being”, Nehru added quickly.

Following the dialogue, Nehru introduced his grandchildren to Singh:

“Meet the great revolutionary leader of Nepal, and a good friend of mine. His name is Ganesh Man Singh. Right now, he is an honourable minister of Nepal”.

Nehru, then looking towards Indira Gandhi reminds Singh that he has already met her before.

“Years ago, during our years as revolutionaries, B P Koirala and I were waiting for an audience with Nehru when Indira Gandhi, who was about to step out of her home, stopped to talk to B P Koirala. She not only fast tracked the meeting but also stayed on for the meeting”, Singh shares his memory of visiting Indira Gandhi.

“It was then Nehru had expressed a desire to visit Nepal. Coming from Kashmir, he shared the same fascination for mountains and wanted to see the hills and mountains of Nepal”.

“Unfortunately, at the time, living as wanted men of the Nepal government ourselves, we could not extend him an invitation”, Singh added.

During this three day visit, Nehru visited Pashupatinath Temple, the three Durbar Squares of Kathmandu Valley, and expressed great interest in the conservation efforts of the ancient monuments. Before leaving he announced India’s commitment to build a motorable road connecting Hetauda with Kathmandu, modernization of Gaucharan Airport (TIA) to international standards, and support towards building Nepal’s education and health infrastructure. 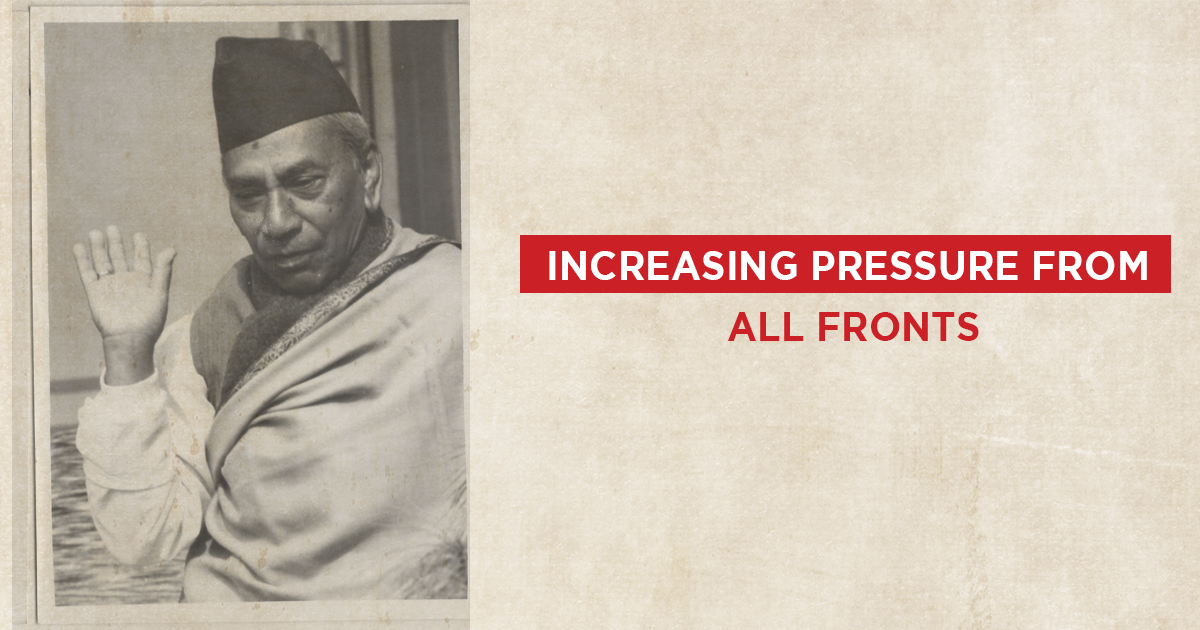 Increasing pressure from all fronts