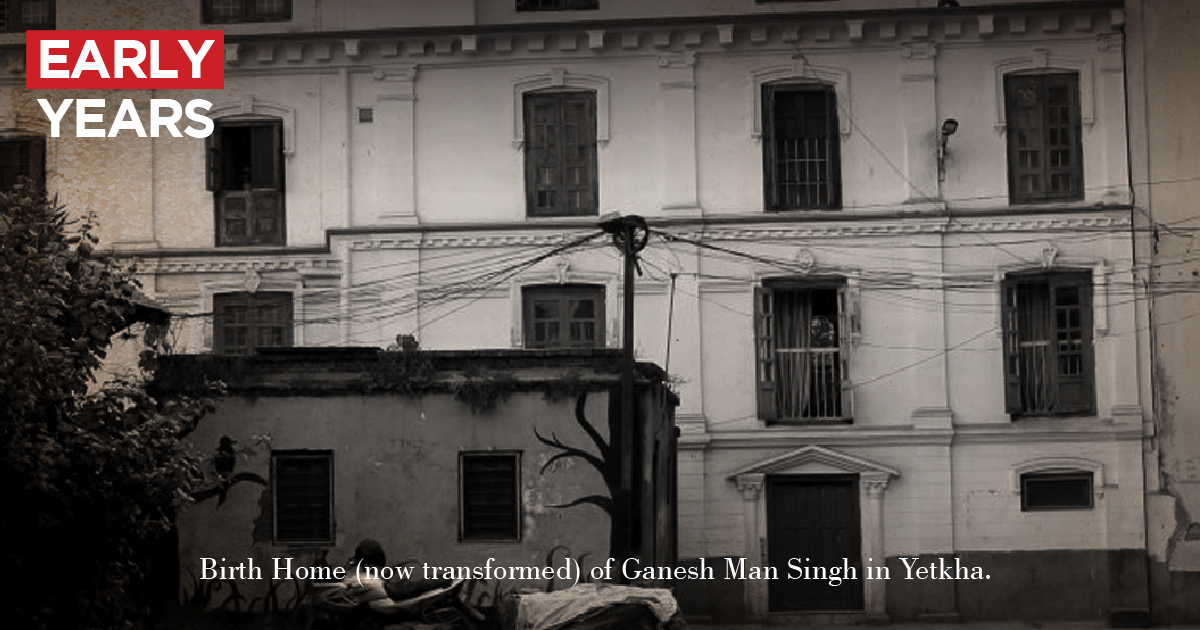 “Ganesh Man Singh was born on the 9th of November, 1915 – little did anyone know, 82 years later, millions of Nepalis would mourn his demise; or fondly remember him for generations to come.”

At the time of Ganesh Man Singh’s birth, in the year 1915, global politics were being shaped by the First World War, a large section of South Asia was under the British Raj, and in Nepal, the Ranas were the ruling class. Sri Teen Maharaja Chandra Shamsher served as the nation’s Prime Minister, and the monarch were reduced to a ceremonial figure.

Speaking to Mathbar Singh, Ganesh Man Singh ironically remarks upon how the first light of the day he saw was near to the Hanumandhoka Palace, the palace of Prithivi Narayan Shah who annexed modern day Nepal, and the Palace Kot (Military Armoury) where Janga Bahadur Rana had staged a massacre to usurp power. Singh in his lifetime was to resist both, first the Ranas, and the Shahs to pave way for democracy in Nepal.

During his growing years, Ganesh Man Singh was an unruly child, would be seen playing marbles in the street, shunning school, and swimming in the Bagmati River nearby.

Once, during the monsoons, Singh and his friends decided to swim across the Bagmati River– the river was flooded, and the current strong. Fearing the current, Singh’s friends decided to return back ashore, and beckoned Singh to do the same. He however refused, and continued with a determination to cross the river. Halfway through, Singh found himself drowning. He was swept all the way to the confluence of Bagmati and Bishnumati, when a noticing farmer extended his stick to pull him ashore.

“Not to turn back or retrace a step once it is taken forward has been my inner trait since childhood”, Singh is quoted saying. 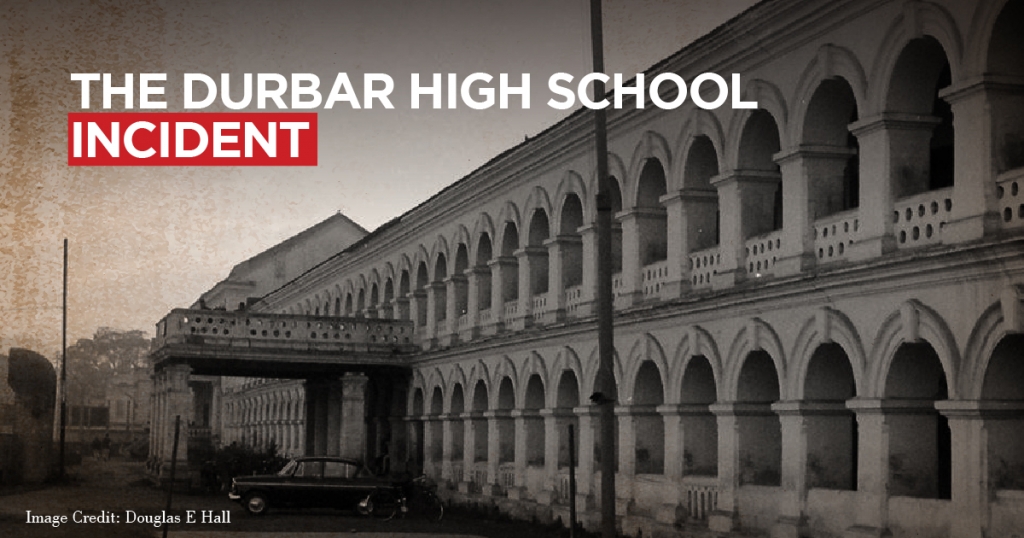 After his father’s death, Ganesh Man Singh was admitted to the Durbar School. One day during school, a fashionably attired boy addressed him using obscene verses. A visually not amused Singh slapped him in exchange. The boy, on the verge of tears, complained to the headmaster. Ganesh Man Singh was summoned to the headmaster’s office, and was questioned about his audacity to raise hands upon a Ranaji. The principal reached for his cane to punish Singh, however he jumped out and escaped from the headmaster’s room – never to return to school again.

Ganesh Man Singh was angered because he was not allowed a chance to explain himself, and felt it was injustice on the part of the headmaster.

Meanwhile, Singh decided against telling his family that he had quit school. During school hours, he would head out from home, and loiter aimlessly. His setup didn’t last long though – he was caught eventually. After being produced in front of his grandmother, she decided that Singh would not study, and be involved in trade like other family members. His grandfather, Ratnaman Kazi was not willing, instead arranged for him to be tutored at home. 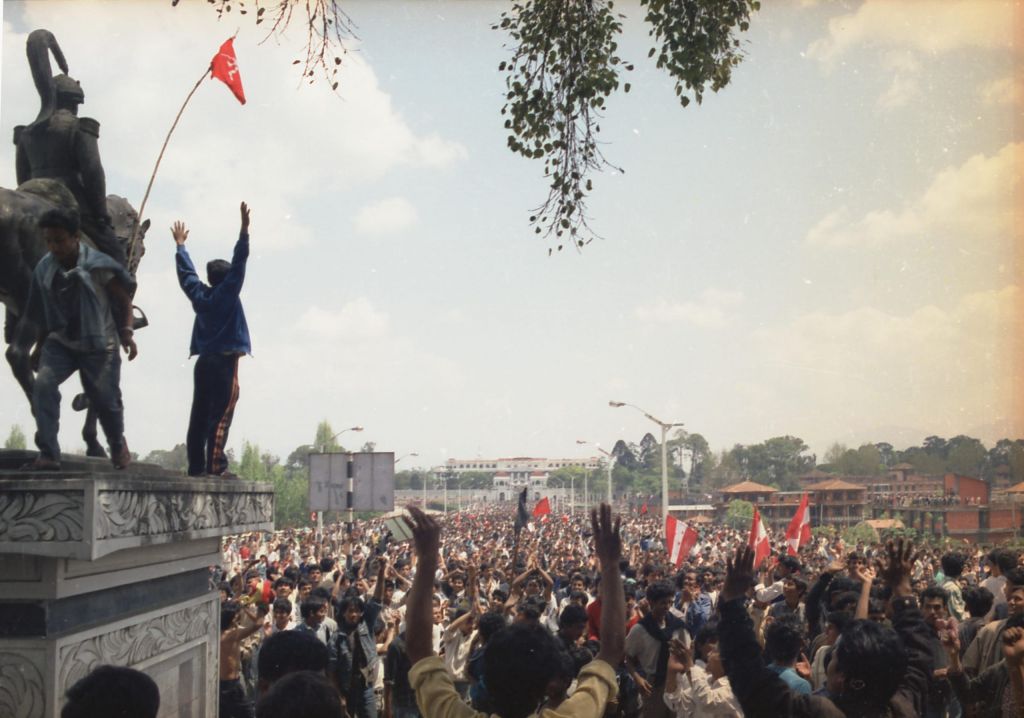 Why democracy? Why Ganesh Man Singh?

The Bicycle Incident and Breaking Open of Dhukuti