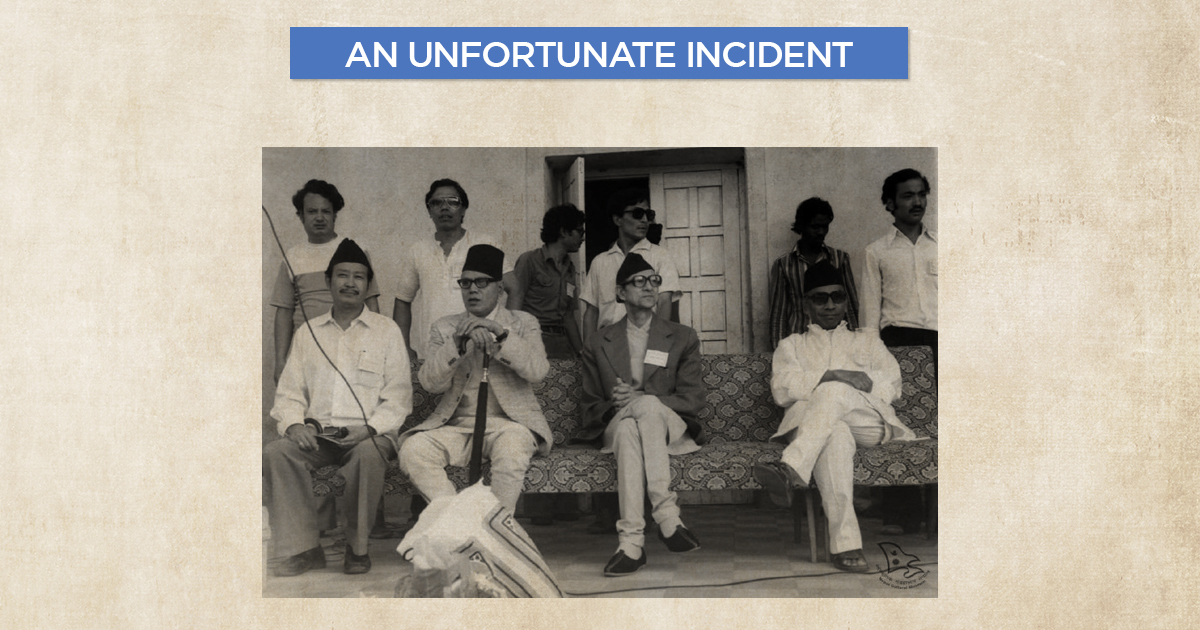 Prior to the establishment of democracy in Nepal, Khukuri Dal, a pro-Rana political party had worked hard to disallow democratic reform in Nepal. They would terrorise locals while yielding knives (Khukuris), and at several neighbourhoods, locals would form anti-terror squads.

Following the Falgun 7 Proclamation, Khukuri Dal became Gorkha Dal. It would try to win the public’s confidence by calling Nepali Congress a puppet of India, and that its members were foreign agents. They would tell the public that the Delhi Accord was a one-sided agreement, and Nepali Congress had handed over the keys of Nepal’s sovereign status to India.

Meanwhile, reports of terror activities by the organization too was on the rise, and on 11th April, 1951 AD arrest warrants for Bharat Shumsher and Ranadhir Subba were issued.

The next day, on 12th April, 1951, members of the Gorkha Dal launched a coordinated attack on the jail which housed the two leaders, and the crown then proceeded to B P Koirala’s home in Tripureshwor.

Listening to the reactionaries heading up, Koirala passed around a few weapons he had with him, and waited for the door to be broken open.

A violent scene ensued, and one reactionary died after Koirala shot at him, following which the reactionaries fled the scene.

This was an unfortunate incident which I later learnt from Singh in detail.

In one of the meetings held in Itumbahal, I had said:

“How has the establishment of democracy helped women, and the poor? We now need to educate and empower the women and the peasants”.

One day, we received news that Indian leader Jawaharlal Nehru was due to visit Nepal. Nepal Mahila Sangh was divided if they should welcome the Indian leader, or if we should protest with black flags?

I was of the view that Nehru should be welcomed, however many other members did not share the same view. My views were met with great distaste, and a huge commotion ensued. So much so, in the commotion, Nepal Mahila Sangh’s office equipment too was stolen. 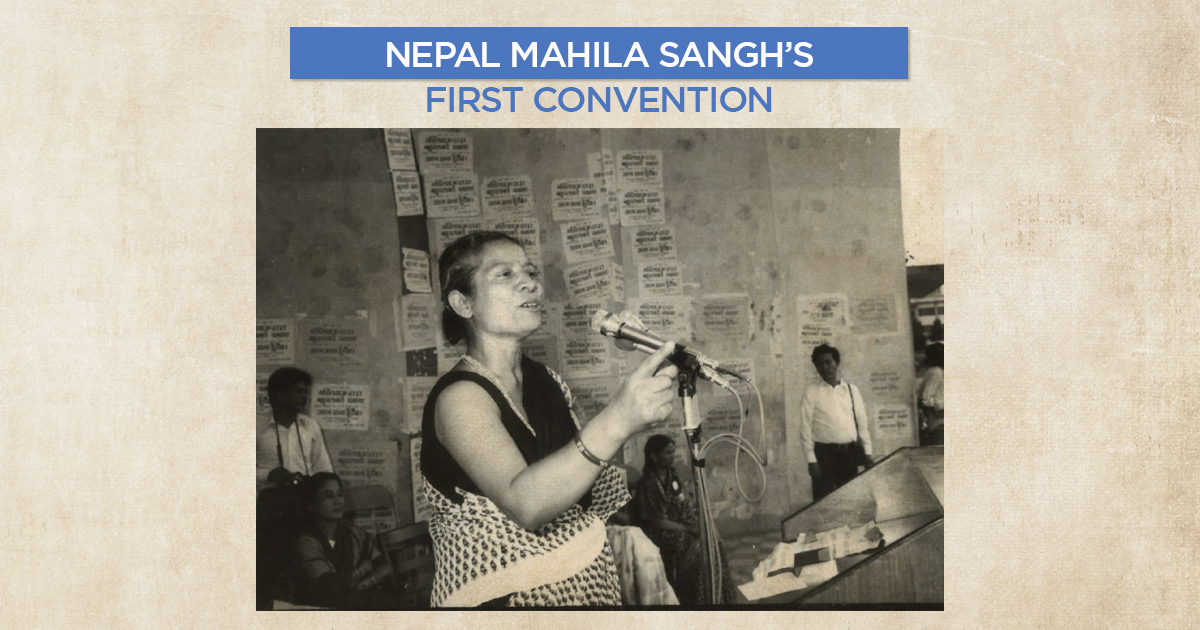 I wasn’t to be deterred by the setback – therefore began work towards reforming the organization. And in the same year was able to gain formal recognition of Nepal Mahila Sangh – Nepal’s first women rights organization.

Nepal Mahila Sangh was established in 1947 AD, however, it was yet to be receive official recognition. On 11th August, 1947 AD, Nepal Mahila Sangh hosted its first public assembly – an important step towards future recognition of women’s social, political and economic rights in Nepal. The assembly was formally inaugurated by elder Queen Kanti Rajya Lakshmi, and attended by leading political figures including King Tribhuvan. General Singha Shumsher JB Rana donated the Rama Bhavan in New Road to the association, along with a cash donation of NRS 6,000.

In the meeting, I shared the following view:

“The current mission of Nepal Mahila Sangh is to uplift Nepali women’s social and economic status in Nepali society, all the while maintaining a separate political identity. Through the association, we intend to give an equal identity to Nepali women at their homes, and on a national level. Members will be taught language, literature, history, geography, economics, social studies, and science. Furthermore, training sessions of stenography, record file keeping, office secretary, booking clerk, accountancy, telephone operator, gardening, and other skills will be organized”. 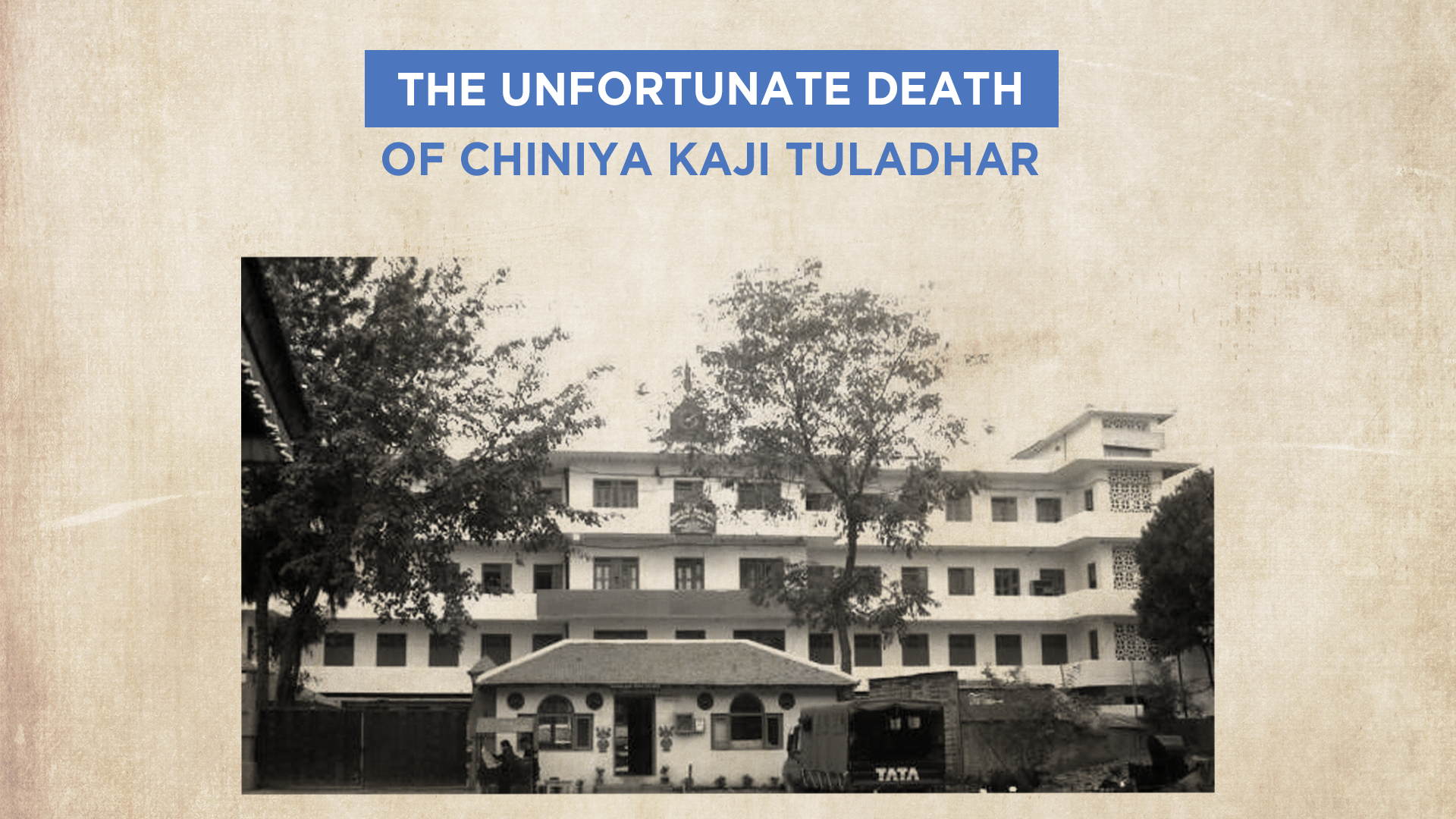