Meanwhile, protests against the government began to intensify – the communists were protesting, Gorkha Dal was protesting, so much so, even the student wing of Nepali Congress, Nepal Student Union began demonstrating against their own government.

One day, police arrested around five to seven student leaders of NSU and took them into custody at the Hanuman Dhoka Palace. After the police had left, a member of the union got up and rallied for a revolution.

The agitated members made their way to Hanuman Dhoka to free their friends. There, a clash ensued between police and members of NSU. Police had to fire a few rounds of bullets to disperse the crowd.

After hearing gunshots, the mob began to disperse and a stampede occurred. Several people were injured and all of them were taken to the nearby Bir Hospital.

Unfortunately, one of the protesters, Chiniya Kaji Tuladhar died during the course of treatment.

B P Koirala announces his resignation

Chiniya Kaji Tuladhar was a newly inducted member of the Nepal Student Union, student wing of Nepali Congress – however, following his death, the communists arrived and wrapped him in their party flag. Family members were barred from receiving his body, and leaders declared him a martyr.

Scores of people from different walks of life came to visit the injured – amongst them was Indian Ambassador CPN Singh. The Indian Ambassador was accompanied by visiting Indian journalists – the next morning, Indian media published several reports about police brutality in Nepal under the leadership of B P Koirala.

Finally, after two days of unrest, Chiniya Kaji’s last rites were performed. Thousands were a part of his funeral procession, including me.

Several communists questioned my attendance – however I was defiant, and instead told people off by mentioning them of their opportunist politics surrounding the death of Chiniya Kaji.

Meanwhile, B P Koirala announced his decision to resign from his position as Minister for Home Affairs of Nepal. Because the government was a coalition government between Rana ministers and Congress ministers, Koirala’s resignation automatically implied that Mohan Shumsher and other Rana ministers would have to resign too.

Thus he did, and the Congress-Rana cabinet of 1951 AD was dissolved.

Since Singh’s release from prison, and the establishment of democracy in 1951 AD, a lot of party members would arrive in Kathmandu, and often stay for long period of times. At the time, there weren’t hotels, guest houses, or lodges as we have them today. Therefore, they had to stay with friends and families – and by extension, our home in Kilagal had been transformed into a guest house.

So many people would be living at the same time – there would not be any personal space for anyone. In the mornings, there used to be a long line outside the bathroom. I would have to go to my maternal home to bathe, wash my clothes, etc.

In addition, with the increment in terror activities by Khukuri Dal, ministers were assigned personal security guards – they too would have to in the respective residences of the minister.

Singh and I too had been reunited after ten long years – within all the chaos, we two connected. 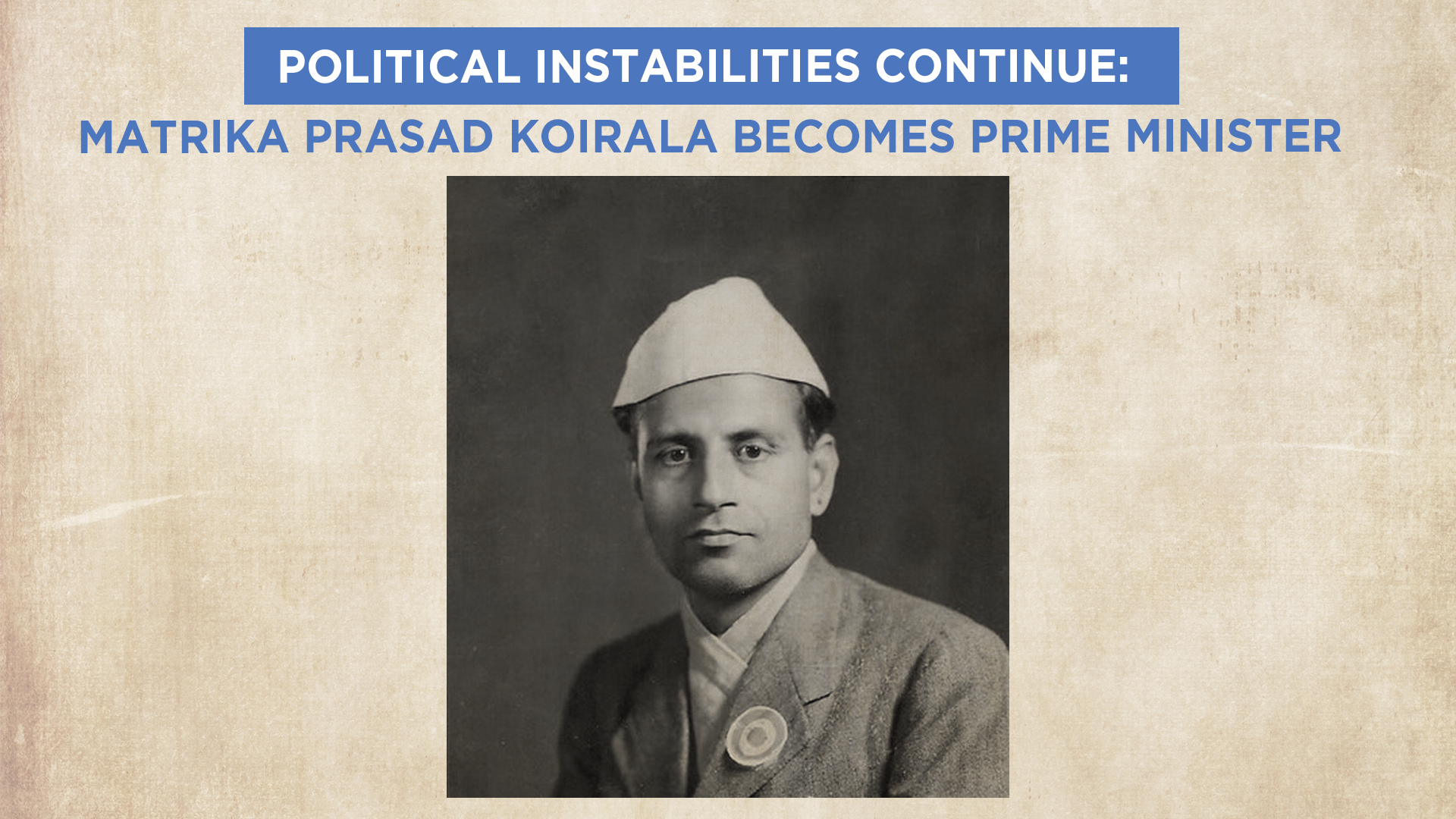