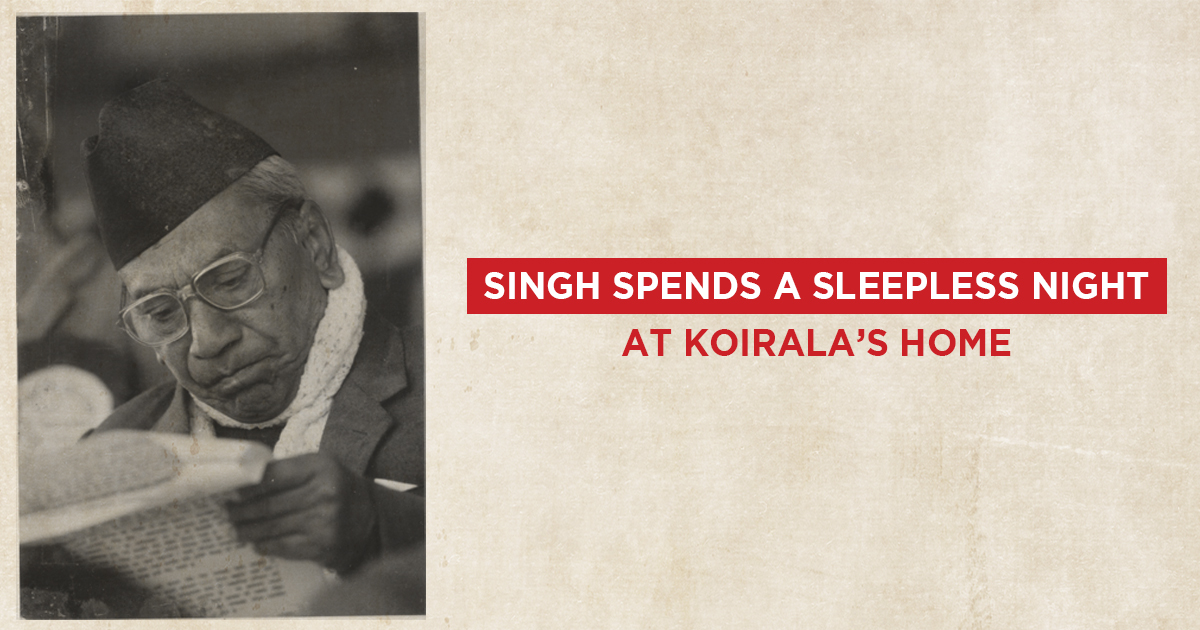 After dinner, Singh and Koirala went to their respective rooms – however, sleep eluded Singh. Singh continued to replay their dinner conversation through his head. And no matter how much Koirala’s proposition made sense; he worried about the ramifications of returning home.

“Our situation matched to the story of ‘the lion and the hare’ – we had to go to the lion’s den the next day, and unless we had a good strategy, we were setting ourselves up for failure. We had at least a dozen cases each against us registered in various courts of Nepal – many risked being hanged to death”, Singh recounted with Mathbar Singh the thoughts that raced through his mind that night in Sarnath.

“More importantly – what direction would the revolution for democracy take? Because, at the time, it would be impossible to launch a revolution against the King from Nepal”, Singh added.

The entire night, Singh tossed and turned around his bed, but could not grab an inch of sleep.

Koirala’s proposition to return to Nepal spreads like a wildfire: 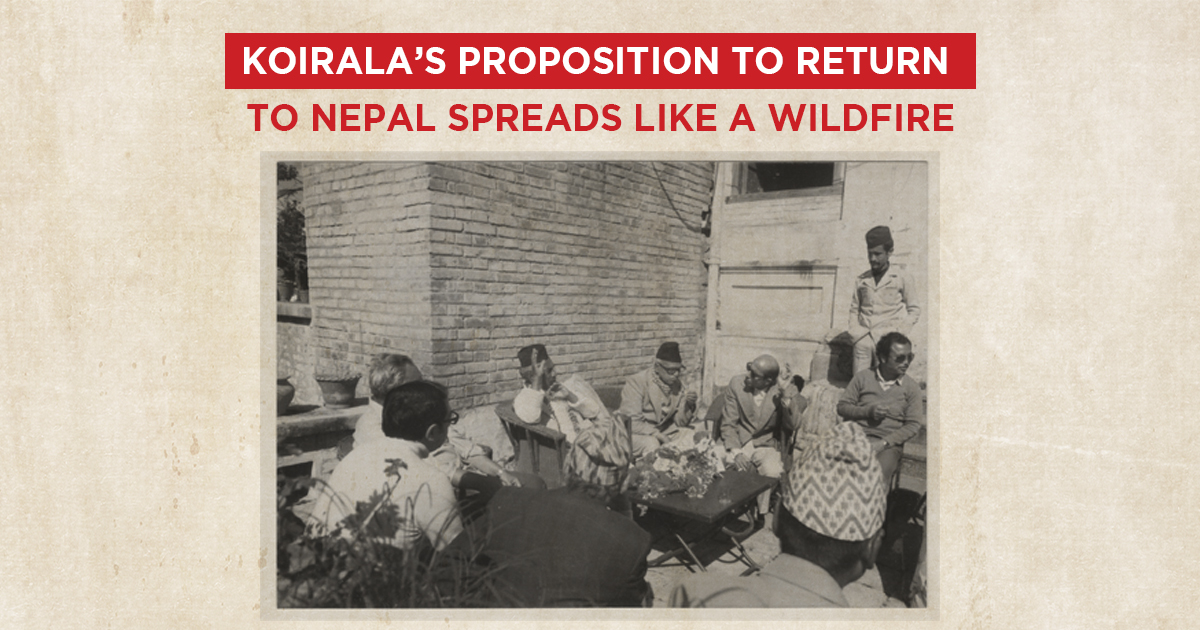 The next morning, Koirala’s proposition to return to Nepal had spread like a wildfire. Political friends who were taking refuge in different parts of India wasted no time to arrive in Sarnath. Like Singh, many agreed that returning to Nepal would indeed be suicidal – however, when asked how to challenge Indian government’s request to Nepali politicians to move south to Bangalore – they felt like they didn’t have much of an option.

However, a sense of uncertainty prevailed. “Many of them had cases lodged against them – the moment they would enter Nepal, they would be arrested – if found. How would they operate an underground revolution? How would the revolution achieve the magnitude necessary to bring about change?” Singh and friends asked each other.

While all party members raised important questions, they did not break their discipline – they presented their questions in a civil manner. “That mostly, was out of respect for B P Koirala”, Singh shares.

Discussions for and against returning to Nepal: 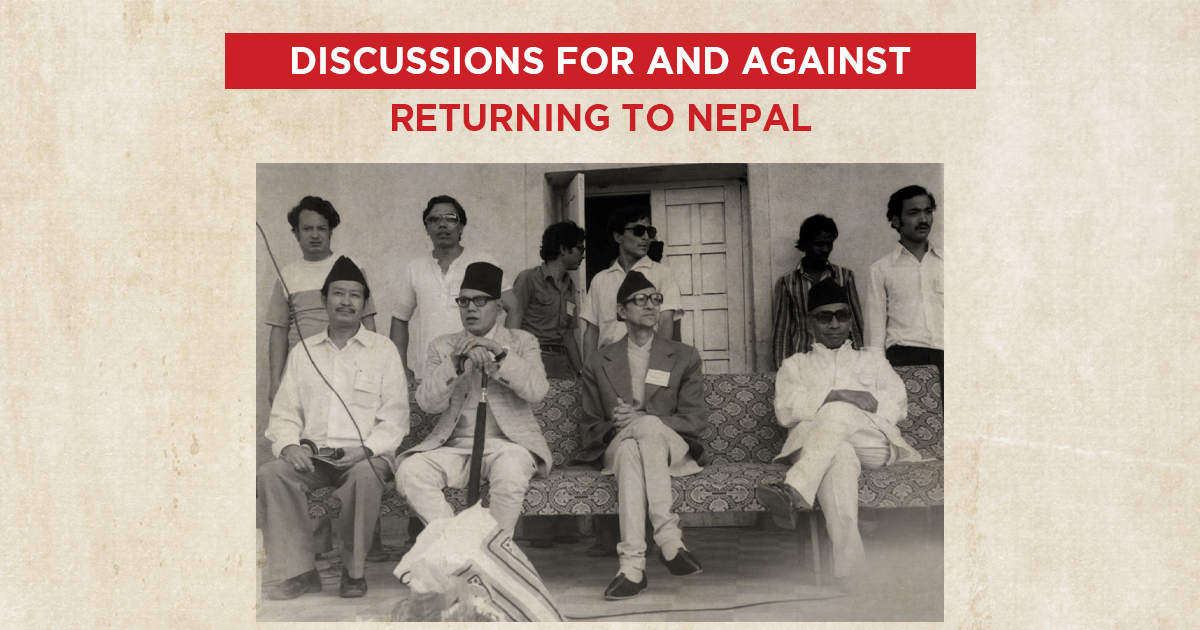 The discussions continued for a while, and for the same purpose the party organized a meeting in Gorakhpur. Political friends taking refuge in India as well as friends from Nepal arrived in Gorakhpur for the extended discussion. All members, especially political friends living in Nepal reiterated the same message – “that the leaders should not return to Nepal”.

“Nepal’s political situation is not favourable for a revolution. The leaders are better off pressing change from India”, they said. “The king has his eyes and ears across all cities and villages”, they said.

Leaders living in India were faced with a dilemma – on one hand, Koirala’s decision to return to Nepal made sense because India would proceed with moving political leaders to Bangalore. Pursuing a democratic revolution from India’s south would be meaningless, and the revolution would fizzle. On the other hand, returning to Nepal meant a political suicide.

“We couldn’t dismiss their views – their concerns were valid. A decision which would be beneficial for Nepal’s quest for democracy had to be made”, Singh tells Mathbar Singh. 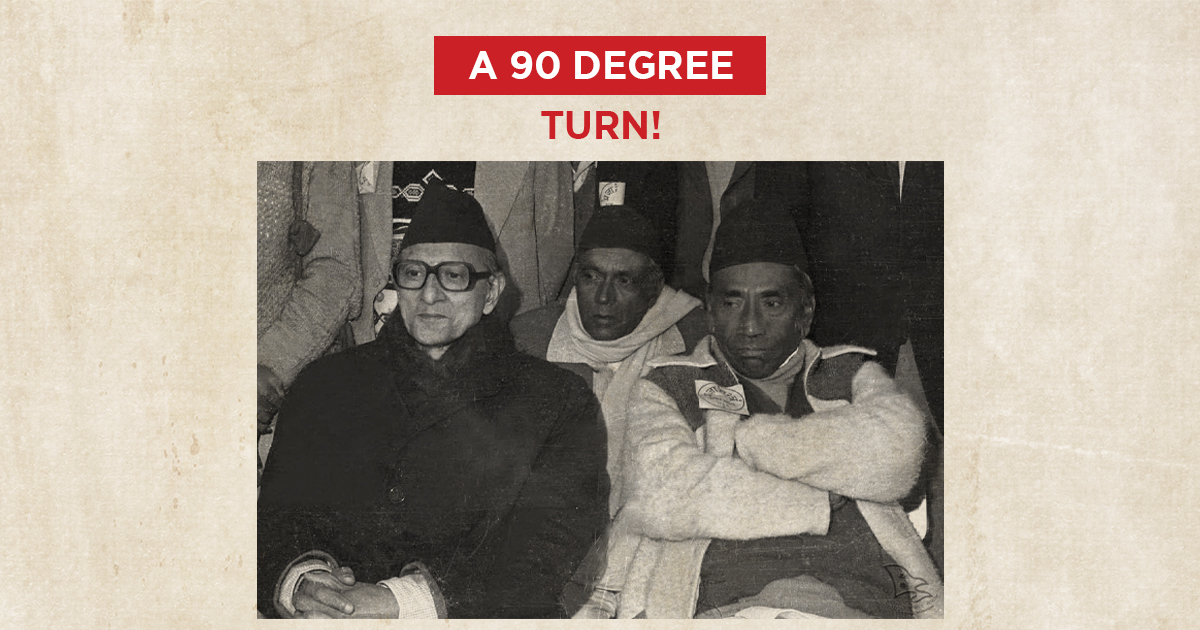 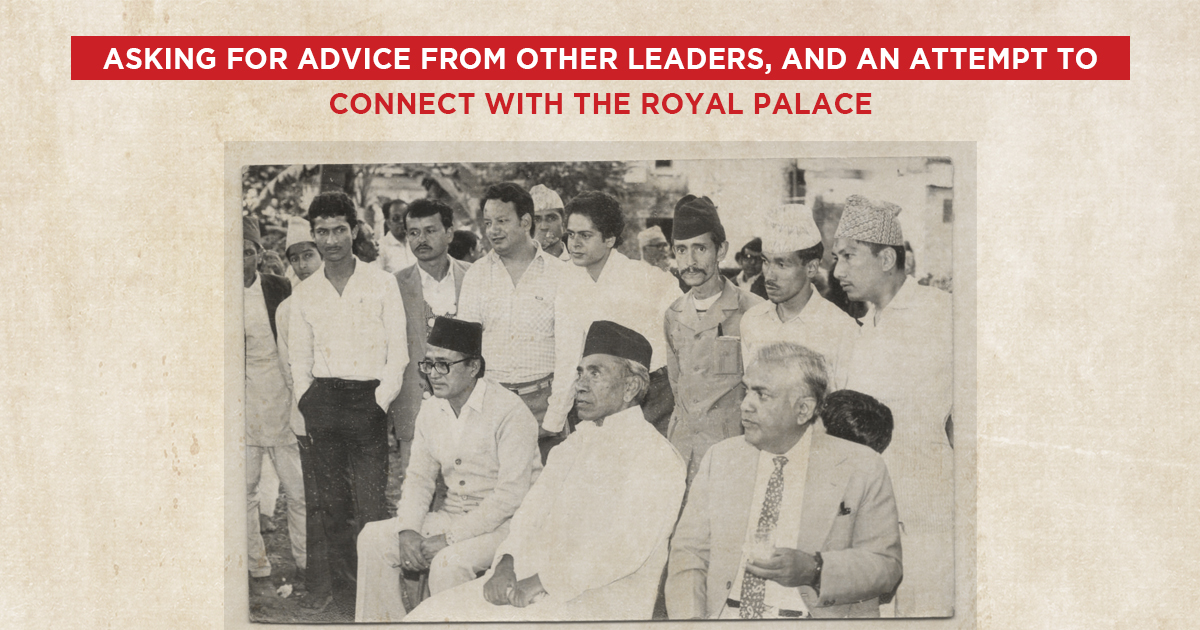 Advice from other leaders, and an attempt to connect with the royal palace