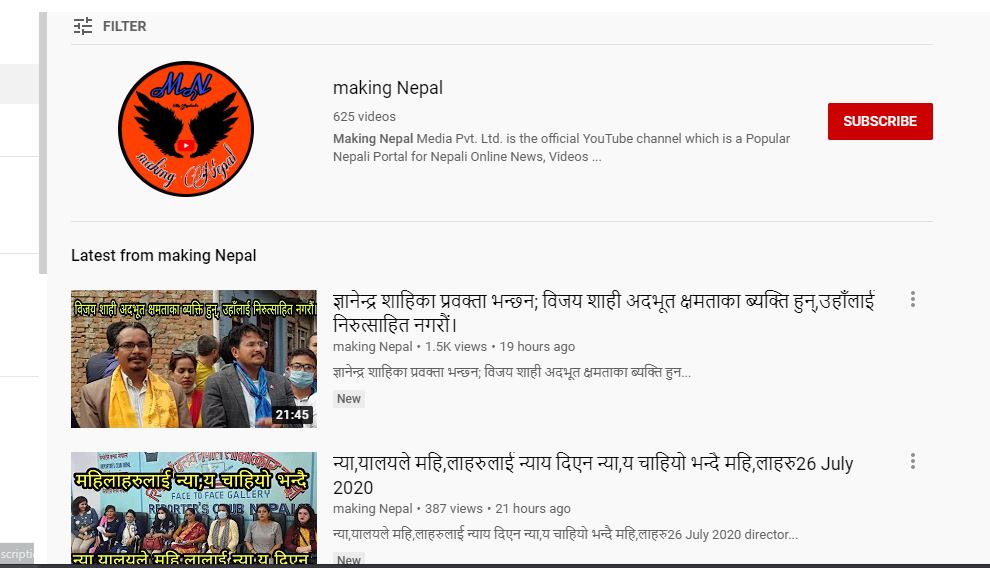 Arjun Shiwakoti, an official of the World Hindu Federation and a self-proclaimed YouTuber, has been sent to Dilli Bazaar Jail.

He is taken into remand after the district court in Kathmandu ordered him to be remanded in custody for trial.

SSP Deepak Thapa of the Metropolitan Crime Investigation Branch said that Shiwakoti has been remanded in custody for raping a 12- and 14-year-old girl in Baniyantar.

SSP Thapa also said that Shiwakoti had threatened to kill the victim’s family if they went to police. After Shiwakoti said that he was well acquainted with the police administration, the girl’s parents went to the Metropolitan Crime Investigation Branch seeking justice.

As the incident was sensitive, the branch had deployed a female DSP to investigate the case.