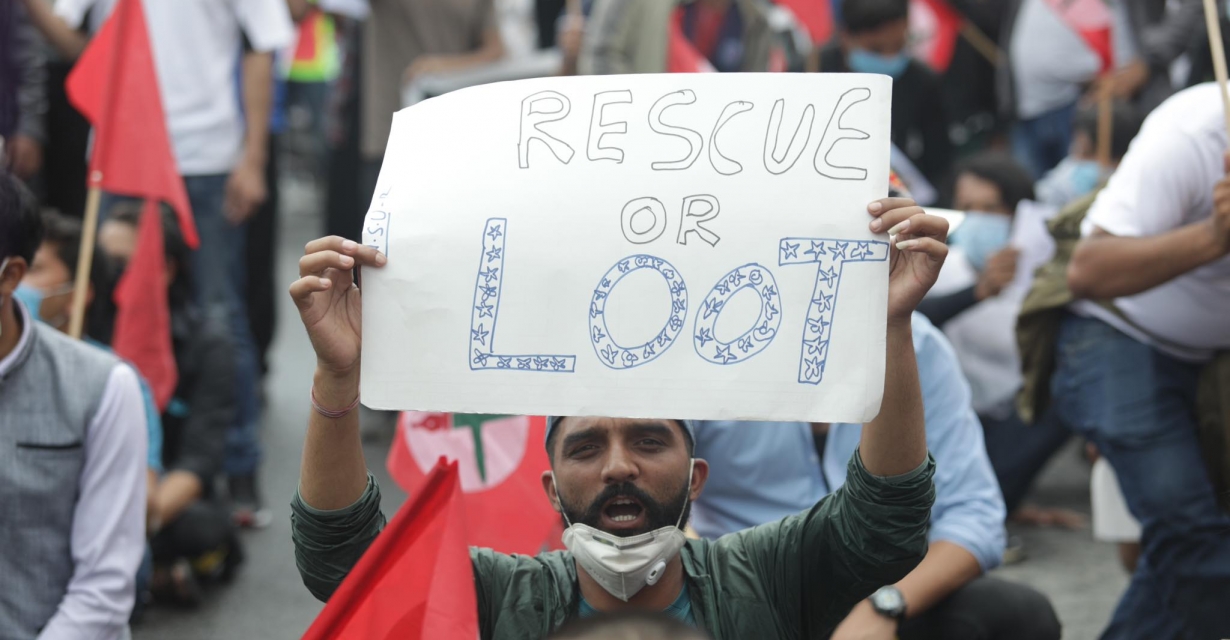 DUBAI, July 22 (Reuters) – When Kapil left his Nepali village for an airport job packing cargo in the United Arab Emirates, he thought he was securing a future for himself and his family.

But less than a year after arriving in the Middle East trade and tourism hub, he questions whether it was the right decision after learning there would be no work this month.

The coronavirus crisis has taken a heavy toll on the economies of the oil-rich Gulf, heavily reliant on low-paid foreign workers.

They are the backbone of the Gulf economies, taking jobs in construction, services and transport, and are now facing the realities of the pandemic.

Reuters spoke to over 30 workers like Kapil in Dubai, Abu Dhabi and Sharjah, who all said they are now enduring hardship due to coronavirus.

Many have racked up debt and would go hungry without the help of charities as they wait for work and to be paid.

Some said they found little reason to stay without work and wanted to return to their home countries despite being owed months of wages; hundreds of thousands have already left.

The treatment of migrant workers in the Gulf has come under greater scrutiny, with human rights groups saying conditions have deteriorated because of the pandemic.

In the UAE, most attractive because of the economic opportunities it offers, there is no social safety net for foreigners, who make up about 90% of the population.

A laundry service worker from Cameroon told Reuters he had not been paid in months and was now selling fruit and vegetables on the street earning 30 to 40 dirhams a day ($8-$11).

The UAE government communication office did not respond to emailed questions about migrant worker welfare.

In May, the UAE Foreign Minister Sheikh Abdullah bin Zayed al-Nahyan said the Gulf state was committed to protecting the rights of all workers, state news agency WAM reported.

Those in blue collar jobs are the most vulnerable. They are paid low wages, work long hours and often live in cramped dormitories that have been coronavirus hotbeds.

Many also pay fees to recruiters in their home country, a practice common for low paying jobs in the Gulf.

His employer told staff they would only be paid when they worked and it was unclear whether there would be any work next month, he said.

Kapil said he had been earning around $600 a month – six times more than his teacher salary in Nepal – working up to 12 hours a day, six days a week at the airport.

He said not working had left him stressed and unable to provide for his wife, child and elderly parents in Nepal.

Kapil, who showed his employment contract and other documents to Reuters, asked that his full name not be published and his employer not identified over fears he could face repercussions.

Arriving in the UAE last October, Kapil thought he would work at the airport for a few years before finding a better job, possibly using his teaching skills.

Now he just hopes to work until the end of the year to pay back his loans.

“The global economy is getting worse and it’s affecting each and every business … I think during this time it’s hard to find any other job.”

No official statistics of how many people have left the UAE are available. But at least 200,000 workers, mostly from India but also from Pakistan, the Philippines and Nepal, have left, according to their diplomatic missions.

Sectors like construction and retail were struggling even before the crisis, which exacerbated hardship for workers already exposed to payment delays.

Mohammed Mubarak has not been paid for around 11 months for security work at a Dubai theme park.

“The company doesn’t know when they’ll be able to pay us, and we are suffering,” the Ghanaian said.

Government coronavirus restrictions that forced many businesses to shutter for weeks began to ease in May. Shopping centres, water parks, bars and restaurants – all staffed by migrant workers – are once again open, raising hopes.

Zulfiqar, a Pakistani in Dubai for 12 years, sent his family home early in the outbreak but stayed on hoping for work, sharing a room and what cash he has with a dozen other unemployed men.

“Things in Pakistan are also not good,” he said.