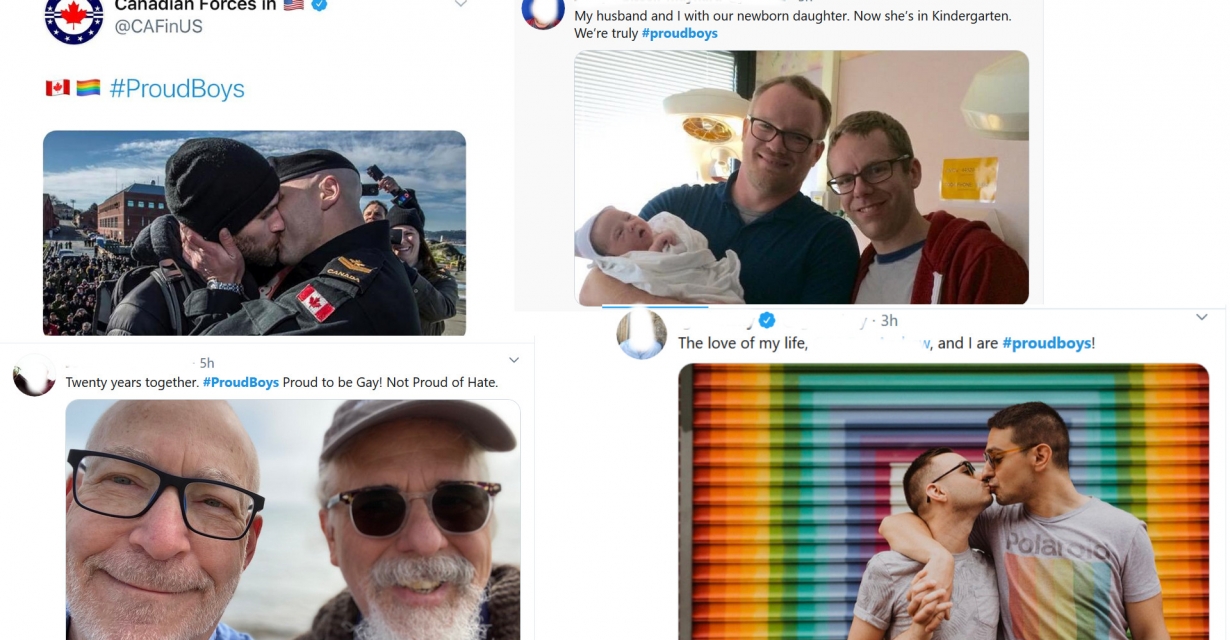 VANCOUVER, Oct 4 (Reuters) – Twitter users are flooding the #ProudBoys hashtag on social media with images of LGBTQI+ pride, displacing posts made by neo-Nazis and white supremacists using the tag.

Proud Boys, a far-right group founded in 2016, calls itself a “white chauvinist” organization but is considered a hate group by the Southern Poverty Law Center.

The group was in the news after U.S. President Donald Trump declined to condemn them during Tuesday’s presidential debate, instead telling them to “stand back and stand by,” which many group members took as an endorsement. Trump later denounced the group in a Fox News interview.

On Sunday the #ProudBoys hashtag began trending in North America as LGBTQI+ users included it on photos of their significant others or wedding days and other pride imagery.

“Look at these cute lil #ProudBoys,” Bobby Berk, a host of the popular Netflix show Queer Eye, wrote on Sunday, alongside a photo with his husband. “Retweet and make this hashtag about love, not hate.”

The official Twitter account of the Canadian Armed Forces in the United States shared an image of a serviceman kissing his partner, captioned with emojis of the Canada flag and rainbow pride flag and the hashtag #ProudBoys.

An internal report from the Canadian military in November 2018 found 53 members were found to have made discriminatory statements or were linked to hate groups including the Proud Boys and anti-immigrant group Soldiers of Odin.