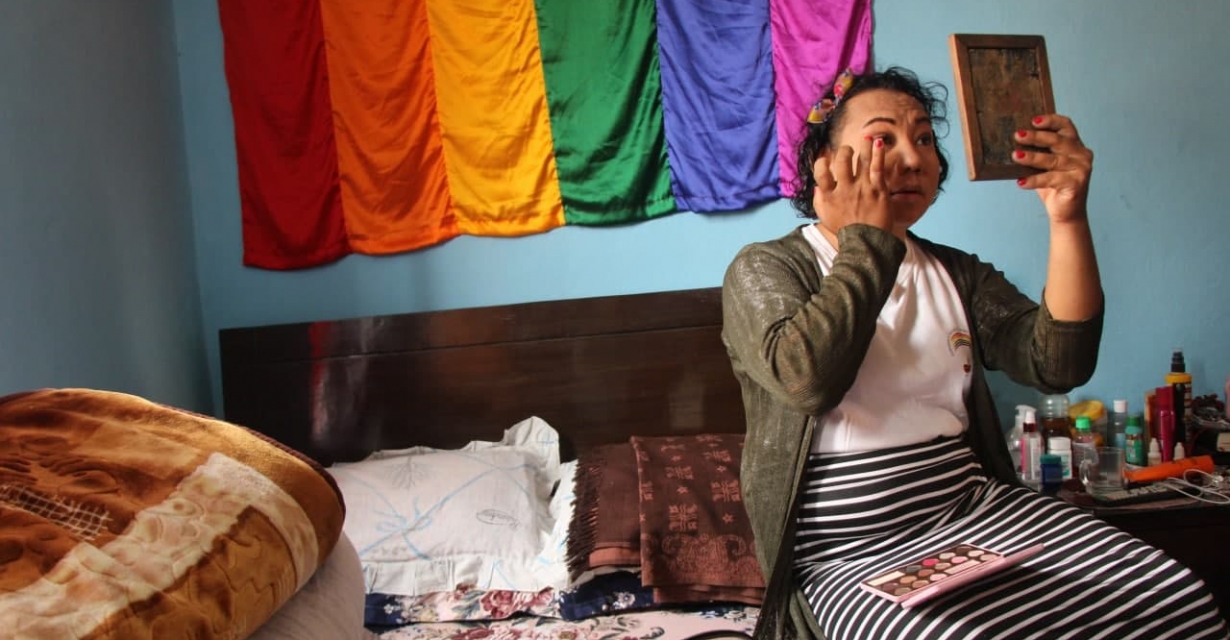 How would you feel if you are acknowledged and supported for one day in a year while other days you have to face shaming, ignorance and even bullying? Obviously not so good, right? It’s upsetting and traumatizing. That’s how Sunita Lama, a trans woman, says she feels about Transgender Day of Visibility.

However, the society acknowledges trans persons’ contribution to society for a single day, encourage them to embrace their sexuality, and then the very next day onwards even their presence is unwelcomed.

44-year-old Sunita Lama who works as a counsellor for HIV patients and people who are at high-risk of getting AIDS infection. Though Sunita likes to acknowledge the importance of Transgender Day of Visibility, she feels ‘disgusted with the speeches of people without any action to prove their words’.

“Name a thing that is normal in other people’s daily lives, I assure you it is a challenging part for me. Riding in a public vehicle, eating at a restaurant, traveling, and even staying at a rented house. I had to pay Rs 8,000 as rent for my room while another cis-gender heterosexual person living in same house in same kind of room as mine used to pay only Rs 5,000,” she said.

At the age of 16, Sunita felt that she was attracted towards boys. That is when, she says, she started to doubt herself and she still fights to overcome that feeling of confusion. She had managed to fight her own demons, accepted the fact that she was a trans woman, and came out to her family about her sexual orientation.

Sunita’s truth, however, was an abominable fact for her family and owing to the fear of losing their reputation, her family forcefully married her to a woman. She has two kids, both sons, from her ex-wife –16 and 14 years old.

Sunita said, “As my threshold for tolerance crossed limits and I could no longer go on, I confronted my wife about my sexual orientation.”

“My wife got married to another person soon after we had the talk. In Nepali society, though divorced women somehow manage to get married again, their partners often refuse to accept their children born from earlier marriage. Both my children wanted to stay with me, so it wasn’t very difficult for me to get their children,” she said.

However, after she owned her sexual orientation, she was fired from her work as a construction worker and didn’t get any job for weeks. Compelled to feed her sons with no job opportunity, Sunita took to the streets as a sex worker for 13 years until she joined the Blue Diamond Society.

“At time of the Nepali Civil War, we (trans sex workers) had to work under constant fear as we were beaten by the army personnel accusing us of being agents for Maoists. We were also thrashed and harassed by the Maoist rebels as they accused us of being agents for the army. One day, I was detained by the police while waiting for customers in the streets. I was raped by ten police officers. I tried to file a police complaint, but that was a period when our law said a male can’t rape another male,” Sunita grieved.

When asked if she tried to choose another course of employment in her life, she said she had opened a small eatery after gathering some money by working as a sex worker for seven years.

“The business was good for a month or so, but eventually there were no customers. One day, when I saw one of my regular diners and asked why he had stopped visiting, he said that he somehow found out that I was a trans woman and said that if a person eats anything made by a trans person, then their off-springs will also be born as transgender,” she ridiculed.

Sunita’s citizenship certificate still shows her gender as male because she says that it is the only way to guarantee the citizenships for her two sons. She also gets dressed as a male when she has to go to her hometown.

“It is an impossible task, as of now, for a trans woman to obtain a citizenship for her children. Only if there was even one LGBTIQ+ community member in the parliament, may be the scenario would be different,” said Sunita. 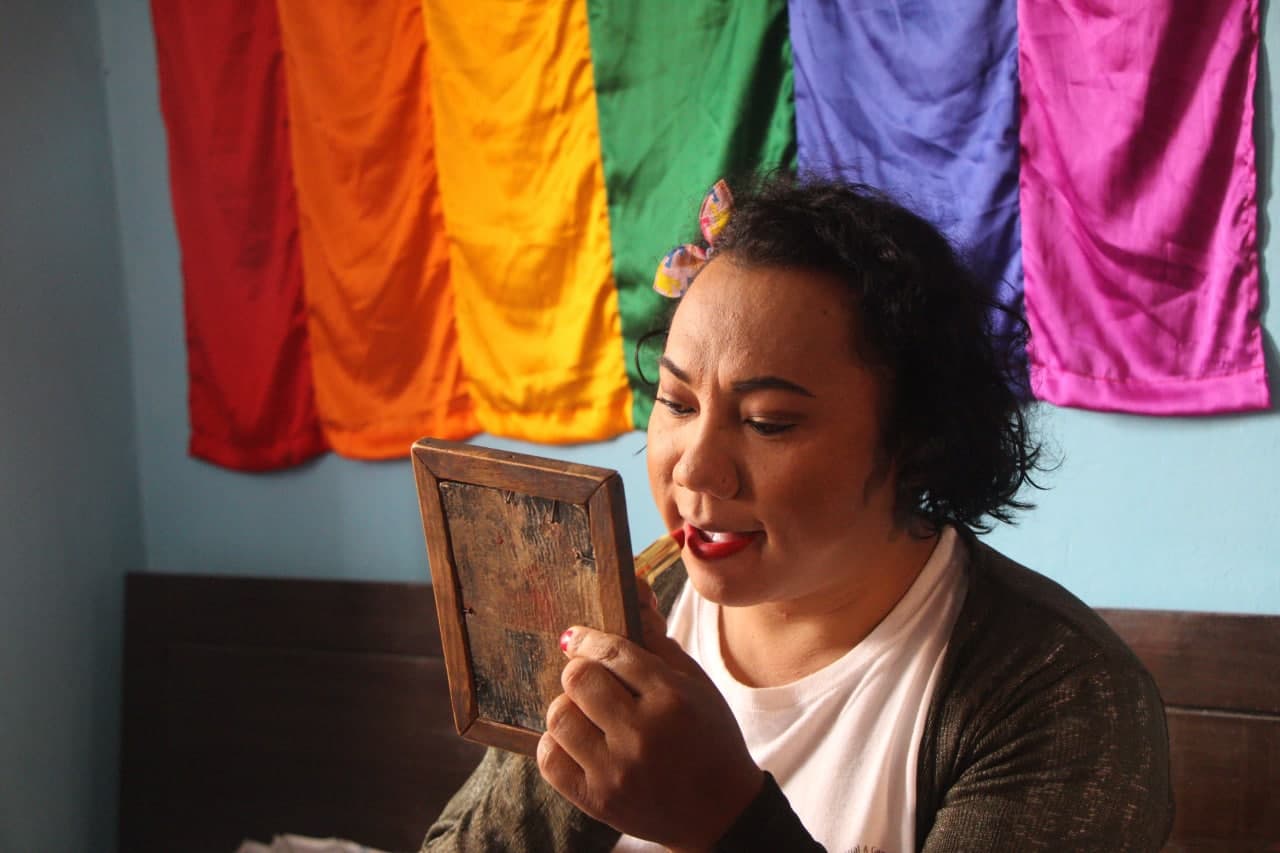 Sunita Lama doing her make-up before heading to her work as a counsellor for HIV patients and activist for people who are at high-risk of HIV infection – especially sex workers. Aawaaj News/ Feenzu Sherpa 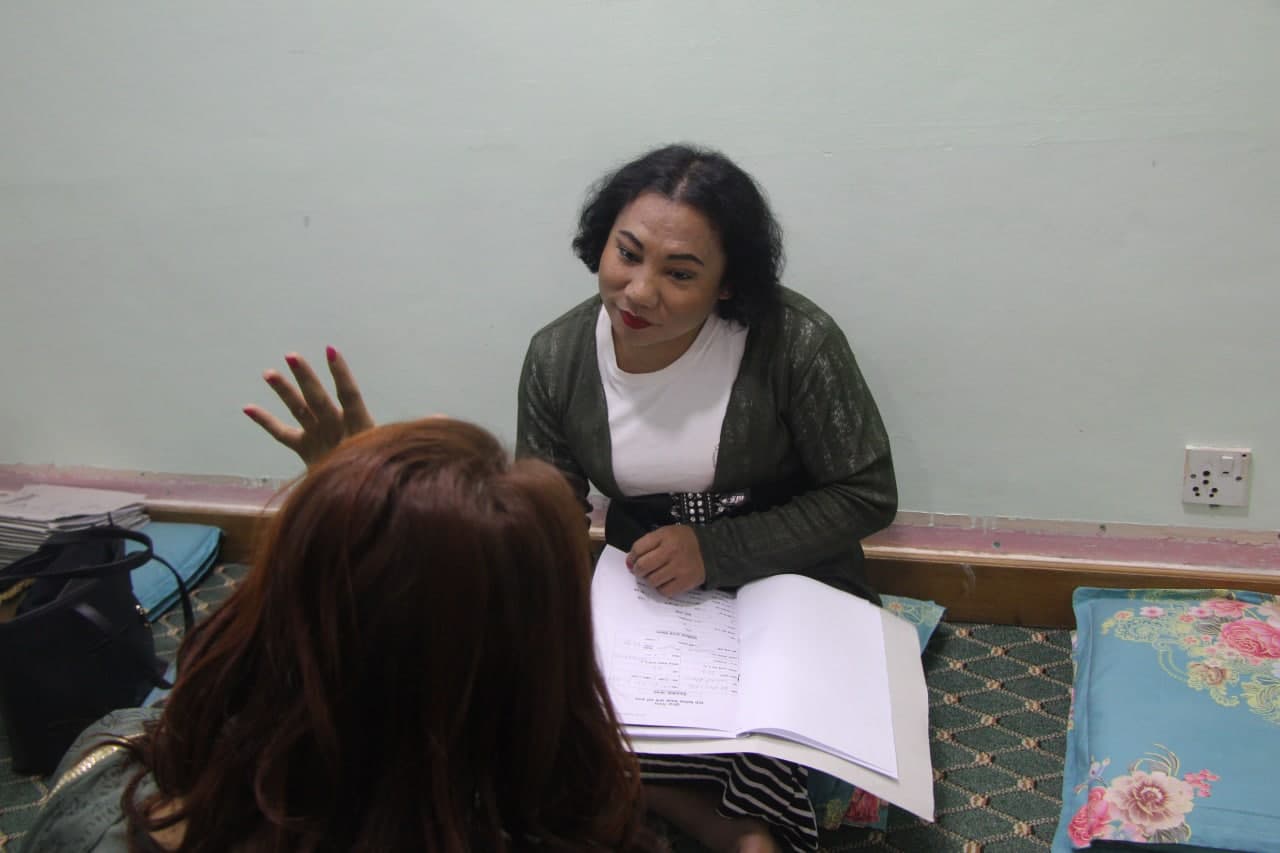 Sunita counselling a trans woman about the risks of HIV and ways to be safe, at a clinic in Uttar Dhoka, Kathmandu where LGBTIQ+ community people are diagnosed, keeping their privacy in mind, and counseled. Aawaaj News/ Feenzu Sherpa 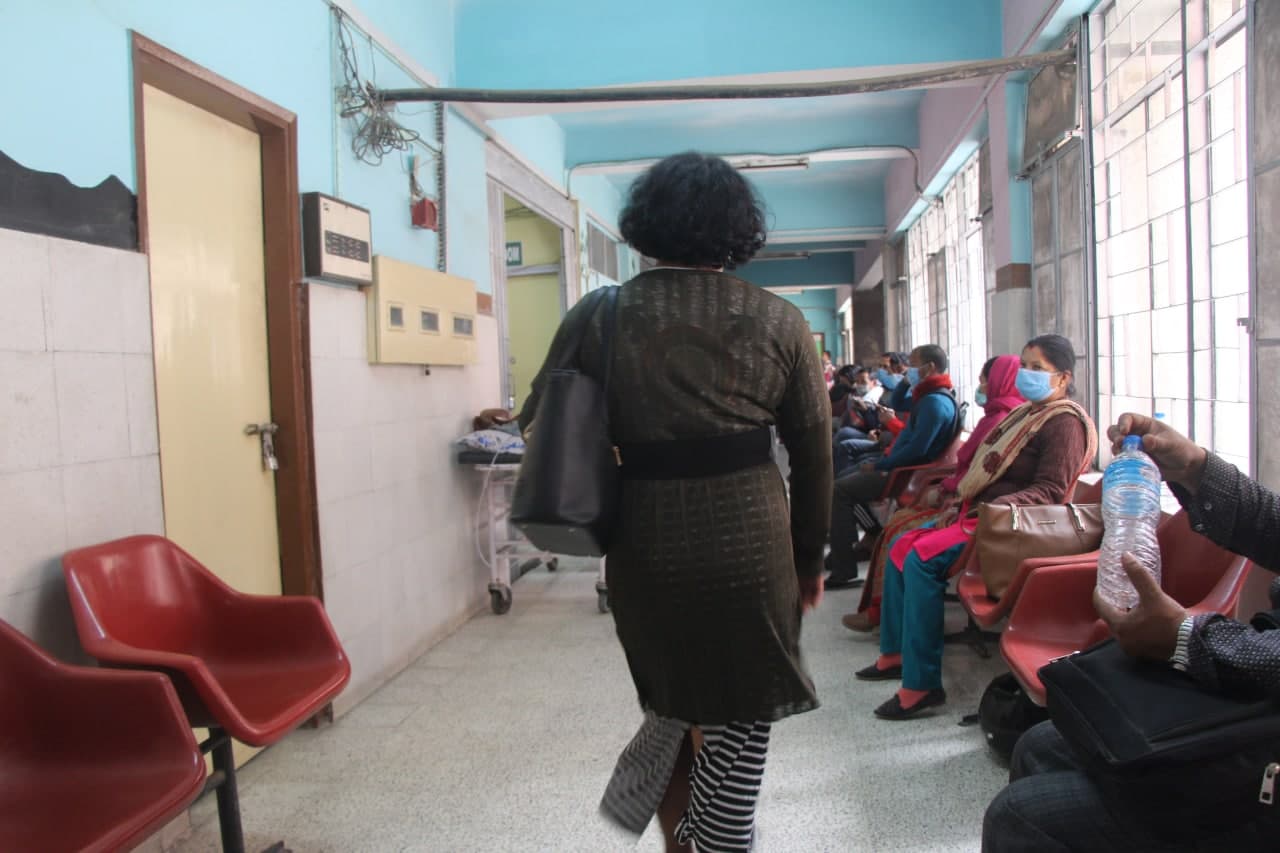 Sunita inside Bir Hospital on her way to visit a trans friend who tested HIV positive and is currently admitted to the hospital due to worsening health. Aawaaj News/ Feenzu Sherpa 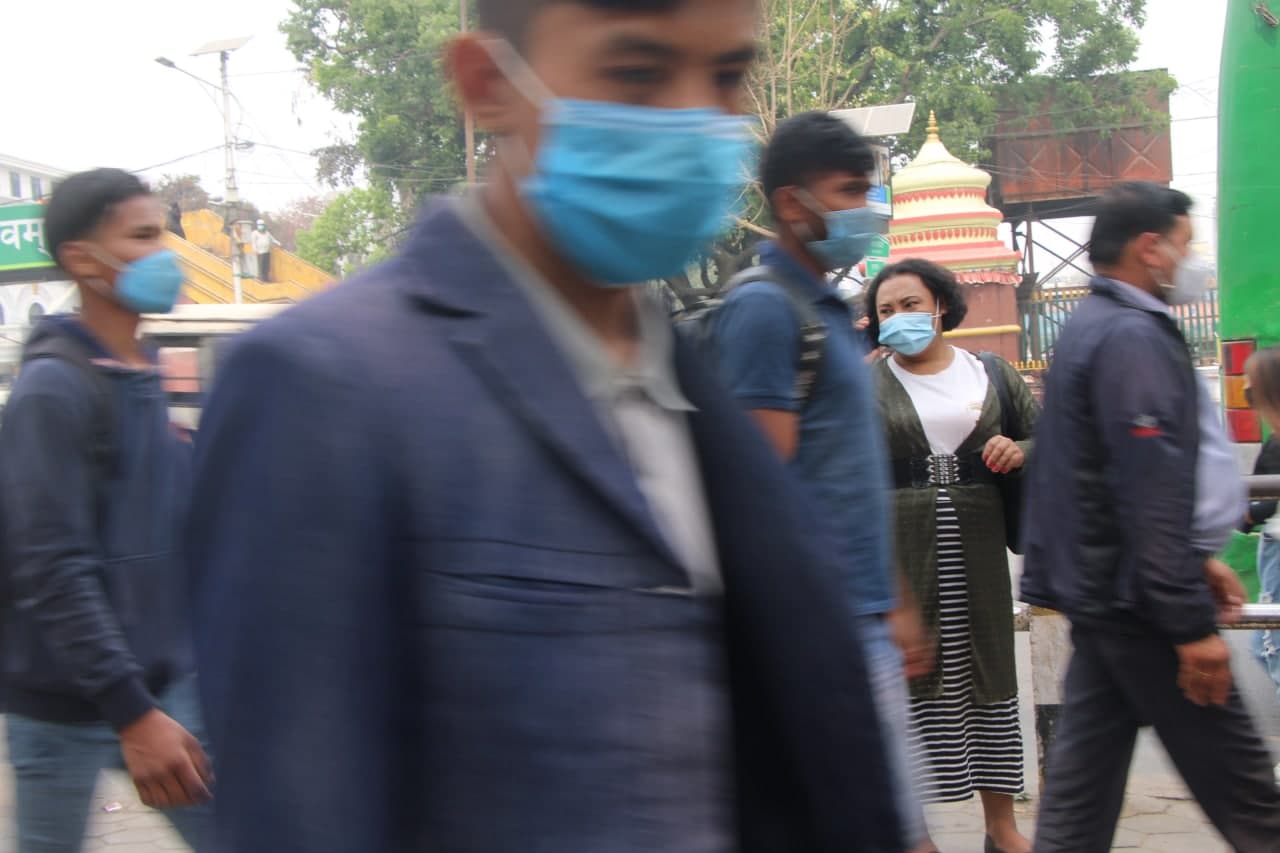 Sunita taking a breath at Ratna Park area as she recalls the times she used to stand here in search of customers as a sex worker. Aawaaj News/ Feenzu Sherpa 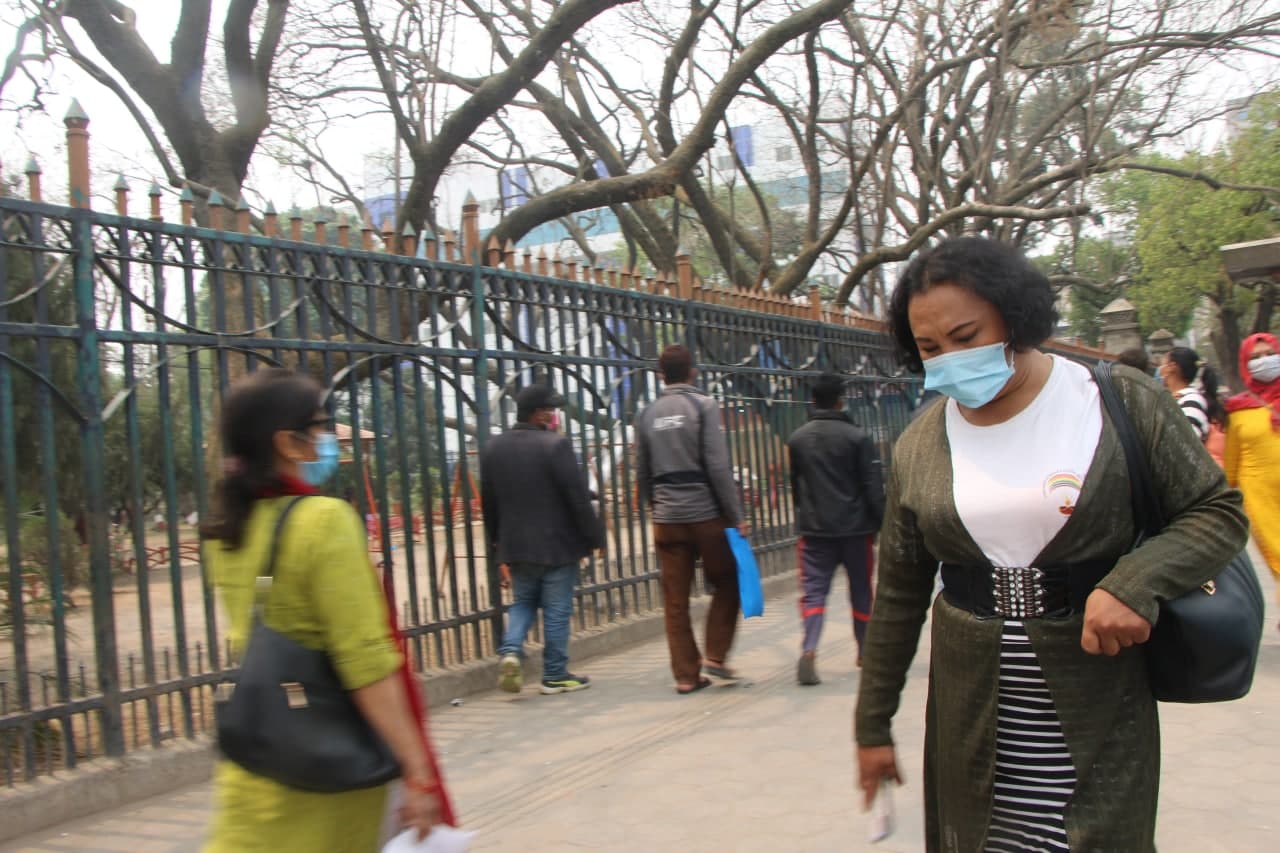 Sunita feels uncomfortable with the way people gaze at her so she keeps her eyes to the ground to avoid confrontation while walking in public spaces. Aawaaj News/ Feenzu Sherpa 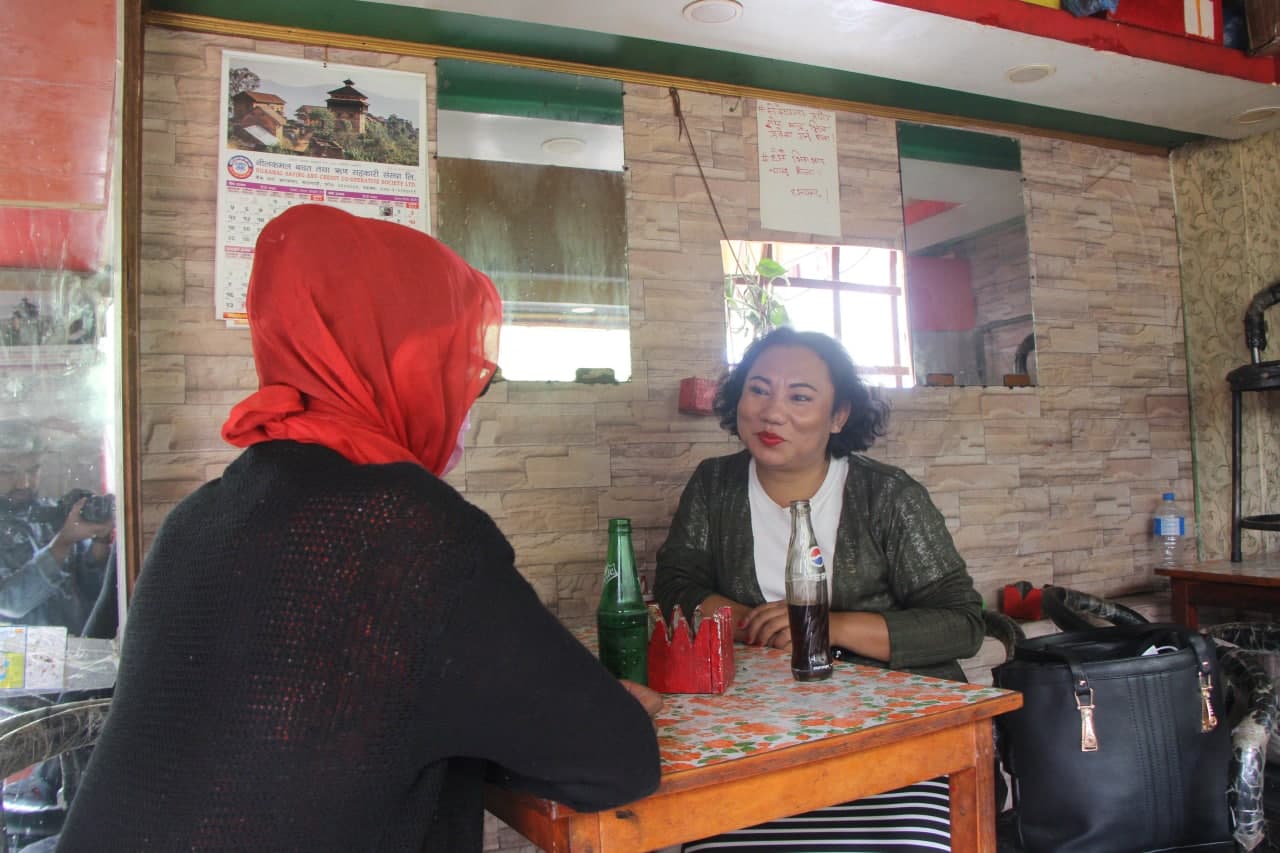 Sunita meeting with her friend at a small eatery where she regularly visits after office. She doesn’t like going to new restaurants as one time diners seated next to her left the restaurant in the middle of their meal because of her presence. Aawaaj News/ Feenzu Sherpa

Sunita says she doesn’t use public vehicles for commute since everyone looks at her like she is some kind of a ‘circus joker’. Hence, she learned to ride a scooter. Aawaaj News/ Feenzu Sherpa 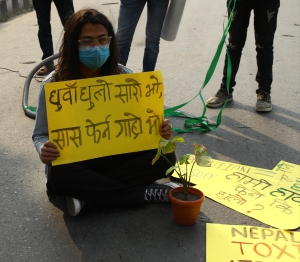