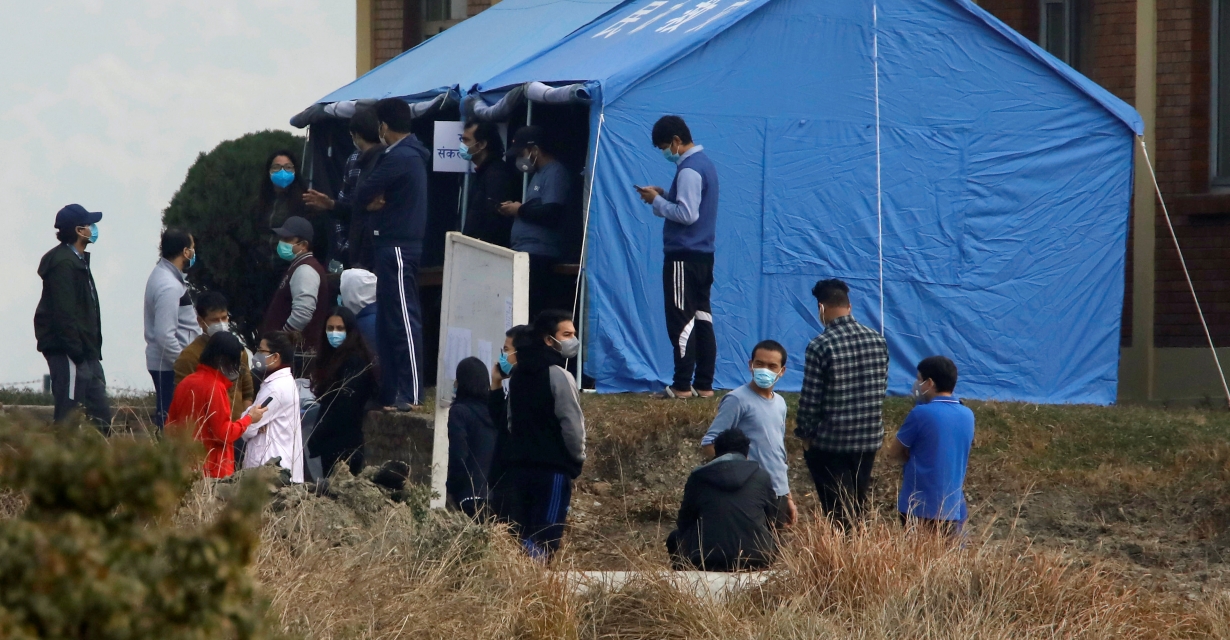 Samples of nasal and throat swabs have been collected and sent for lab test for the second time from 175 Nepalis evacuated from China, currently quarantined at Nepal Electricity Authority Training Centre, Kharipati.

Similarly, swap samples were also collected from 18 crew members who had gone to China to evacuate the Nepalis and are currently quarantined at National Water Supply and Sanitation Training Centre, Nagarkot.

“The samples have been brought to National Public Health Laboratory. The test reports will be given on Tuesday,” said Dr Runa Jha, director at NPHL.

“Those under quarantine will be sent home if they test negative. If any of them have fever or respiratory problems, they will be kept in quarantine,” Dr Jha added.

The government brought back 134 males and 41 females from Wuhan and other different coronavirus affected areas of China on February 15. A chartered flight of Nepal Airlines had flown to Wuhan Tianhe International Airport to bring the Nepalis back home.

The first round of samples was collected on February 16 after bringing them back in which all the evacuees had tested negative for COVID-19.

The Ministry of Health and Population has said surveillance would be strengthened in Kathmandu, Pokhara, Chitwan and Lumbini to prevent the outbreak of the virus. “These cities are tourist hubs and there is high risk of infection. We are working on strengthening the surveillance system in these cities,” said Dr Bikash Devkota, spokesperson for the health ministry.