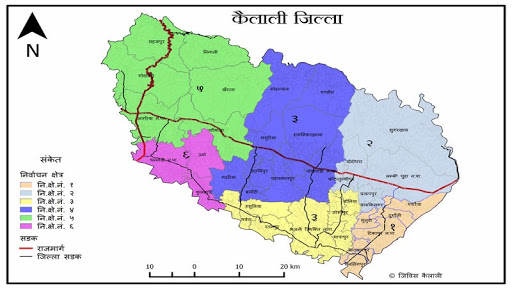 Police have arrested three people in connection to the rape of a woman at a quarantine center in Lamkichuha Municipality-1, Kailali district.

A 31-year-old woman have accused three quarantine volunteers of gang raping her at the quarantine center based in Sahid Smriti School on Saturday night.

The rape survivor had returned from Bangalore, India 12 days ago. The perpetrators allegedly took a video of the assault and demanded money from the survivor threatening to make the video viral if she refused to give them money.

22-year-old Kishor Pariyar, 20-year-old Lakshman BK and 18-year-old Sarjan BK were arrested for investigation into the incident on Sunday.

Meanwhile, locals of Lamkichuha Municipality-1 pelted stones at the ward office and verbally attacked the local representatives as well as ward staff for mismanaging security in the facility.
In response to the attack by the locals, the ward office has suspended its services from Monday demanding security for its staff.

Issuing a statement, the ward office said that it has decided to stop all services, claiming that the protestors damaged the office and the ward representatives are under security threat.

Services will be halted till all culprits face trial and security of all ward staffers are guaranteed, the statement reads.
The ward office has also stated that the volunteers that have been accused of the heinous crime had gone to the quarantine facility by themselves and were not deployed by the ward office.

The office also expressed its deep sorrow over the incident and demanded actions against the culprit and justice to the rape survivor.