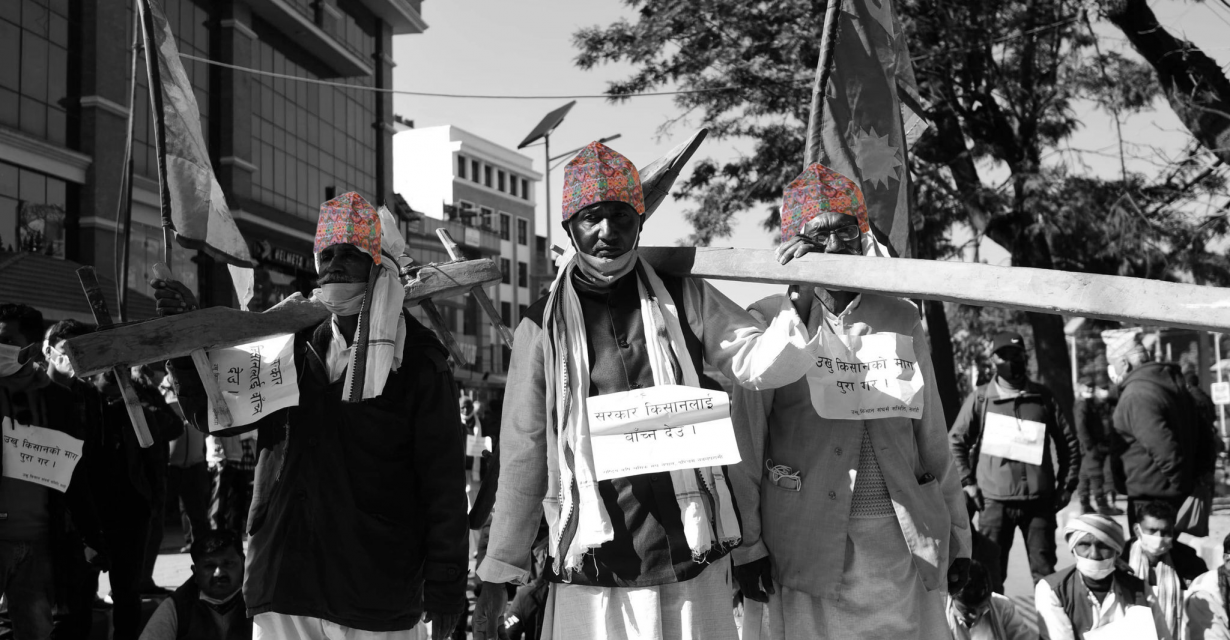 This week, national media, general public, and political personalities were gripped as they followed a Nepali chef showcase his talents on UK’s Masterchef: The Professionals.

Santosh Shah, through marvelous creations, reached the Top 3 in the show- a remarkable individual feat which we as Nepalis celebrated like a national achievement. Indeed, he filled our hearts with pride – but as we cherished the nationalist narrative, we forgot the critical questions.

For example, one of Nepal’s leading publications when featuring his story proudly printed the fact that Santosh Shah had to leave home at the age of 14 while somehow completely omitting the fact that he was a teenager forced to move away from home for employment when he should have been attending school.

May be because that fact was not so glamorous or nationalistic?

Somewhere along, Shah sought and received permission to wear a traditional Nepali cap (Dhaka Topi) on the show – Nepali media as well as the public went gaga yet again. Not one questioned, “Hey, a Dhaka Topi is not a traditional attire of the land of Madhesh”.

Madhesis, like many other caste and religious minorities across the globe, carry the burden of repeatedly proving their nationalism. What this does is forces them to overlook their ethnic identity for the sake of larger acceptance.

Considering the amount of attention Shah received, somebody should tell the protesting sugarcane farmers to wear Nepali Topis – only then their plight would probably be plastered across our social media walls.

A public office employee isn’t seen sharing the news of protesting farmers, but is proudly brandishing Shah’s Topi – and that is discrimination. Because, if we are to take national pride on someone’s achievement, I believe, we should also take national shame when we let our own people down.

These farmers were promised compensation more than a year ago and are deprived of it still.

The objective here is not to dampen Shah’s achievement – in fact it is shameful that Nepal was unable to retain such an impressive chef or provide him with opportunities at home.

The objective here is to highlight a disparity:

We cannot be celebrating a Madhesi’s achievement as a national achievement while calling other Madhesis who are exercising their constitutional right to protest against the government as secessionists.

And we definitely cannot be calling Madhesis Indians or brand them as ‘bhaiyas’ (‘brothers’ in English) – if we do wish to, we should also call Santosh ‘bhaiya’.

Now, should we go tell the protesters to wear a Dhaka Topi so that their plight becomes the nation’s plight?