Nepali women have traveled a long road to have been provided with inclusion, granted one-third of all parliamentary seats as per Article 84 (8) of the constitution, and elected the first ever woman president of the country.

Though Nepali women are ensured their right to vote, the decision to choose a candidate still lies in the patriarch of the house. Worse still, women (trans-women are women) who have managed to climb to powerful positions are put in a pedestal just for their gender and not their qualifications.

Bidya Devi Bhandari made history when she was elected the first ever president of the country. Nepalis were elated to finally see a woman in the top post. Very few bothered to take into account Bhandari’s political portfolio.

Now when Bhandari has indulged in bias politics, took unconstitutional steps, and undermined her position as a ceremonial guardian of the constitution, she is being attacked for her gender instead of her professional incompetence.

Being called KP Sharma Oli’s whore, a husband killer, slut-shaming, and rape threats are a few abuses thrown towards Bhandari online and offline whenever she fails to do her duty as the President. 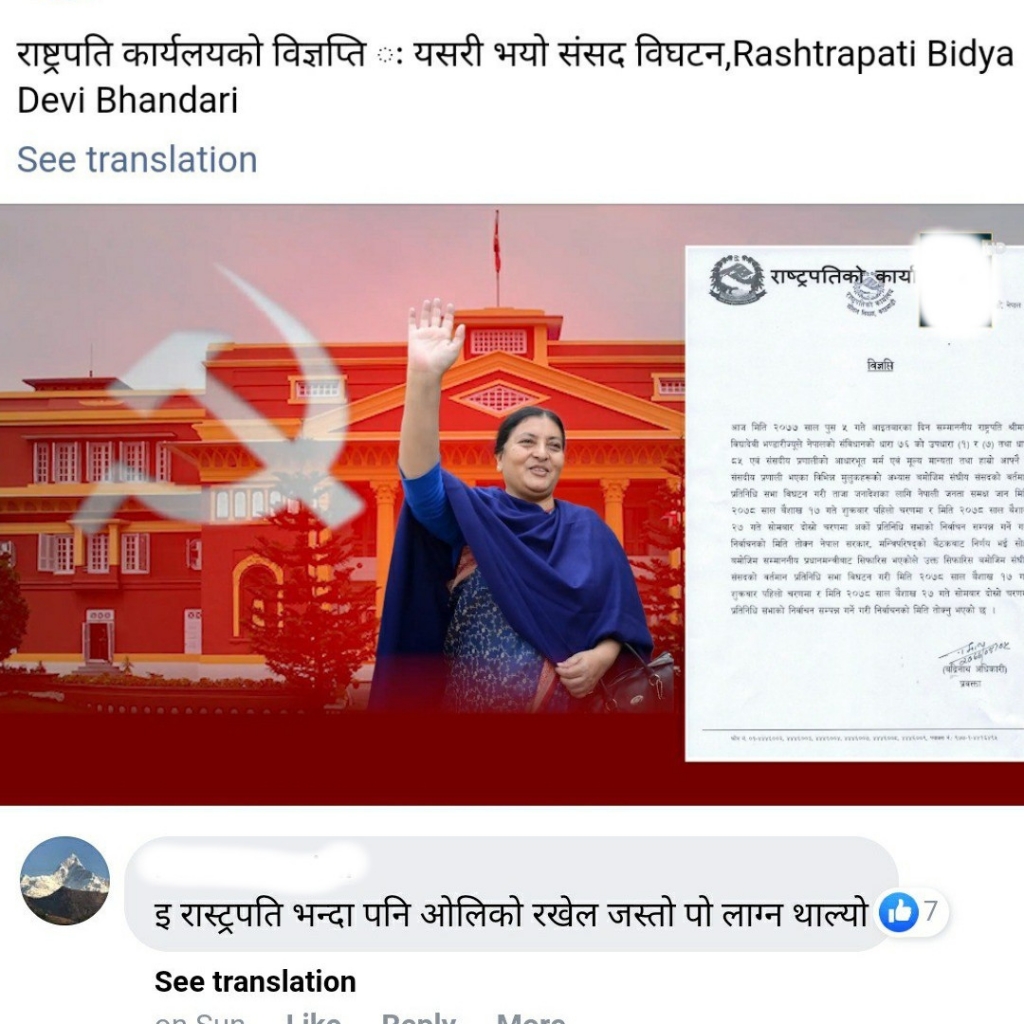 Gender-based discriminatory attacks and demands for accountability from Bhandari in the lines that it was her privilege to be handed the top post, and that she absolutely has to outperform any other women leaders at home or abroad is the tell-tale sign of sexism entrenched in Nepali society.

To fill the quota of 33 percent women’s participation, political parties nominated more female representatives under the country’s system of proportional representation in 2017.

However, during the 2017 local elections, women secured only six out of 165 seats at the House of Representatives. They also fared badly at constitutional assembly elections despite gaining traction at these since 1999, when women only made up 5.8 percent of the elected members.

According to Ashmita Khanal, a researcher in the field of governance, the bar is pushed too high for women. “A woman has to prove her competence in multiple fields and roles (CEO, mother, wife, etc) and for her to be qualified as an equal counterpart. For example, women have to perform their best at office and at home while men can simply give their best at work, come back home, and ‘help’ women in household works to be called an all-rounder. This already puts women in an unequal ladder to success.”

“When I traveled through eastern Nepal for my research, I found that almost all deputy-mayor positions are held by women while all mayoral positions are occupied by men. Not to undermine those women who get to powerful positions with their determination and hard work, but it is also true that the quota for women in political positions are only for tokenism.”

In terms of female representation in Parliament, Nepal ranked 48th on a list of 193 nations in 2017, according to a report prepared by the group Women in Politics. The same group ranked Nepal a lowly 169th in terms of how many women hold ministerial positions.

Khanal added, “When I asked Bharatpur locals about their women leaders’ performance, most of them said that it was unsatisfactory. In surface, they said women leaders are incompetent. But when probed further, they citied reasons like lack of training from respective parties and not preparing women from grassroots for leading positions. It’s like the women leaders were being set up for failure.”

“Our government and bureaucracy are providing women with opportunities through the help of quotas not with the hope that in 10-15 years women will not need positive affirmation to secure equality, but just to show that women in our country have equal rights. On top of that, Nepali women are expected to be grateful for the opportunities and rights they are ‘given’.” 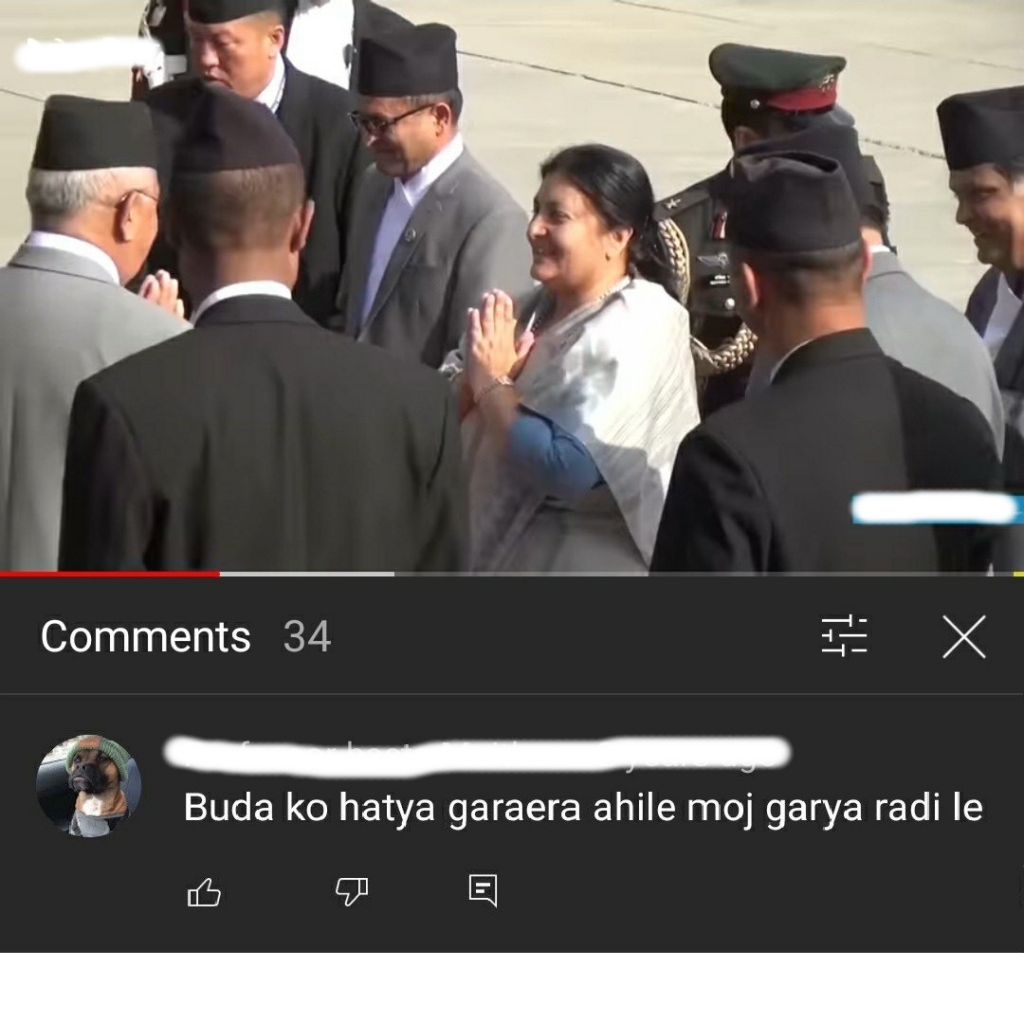