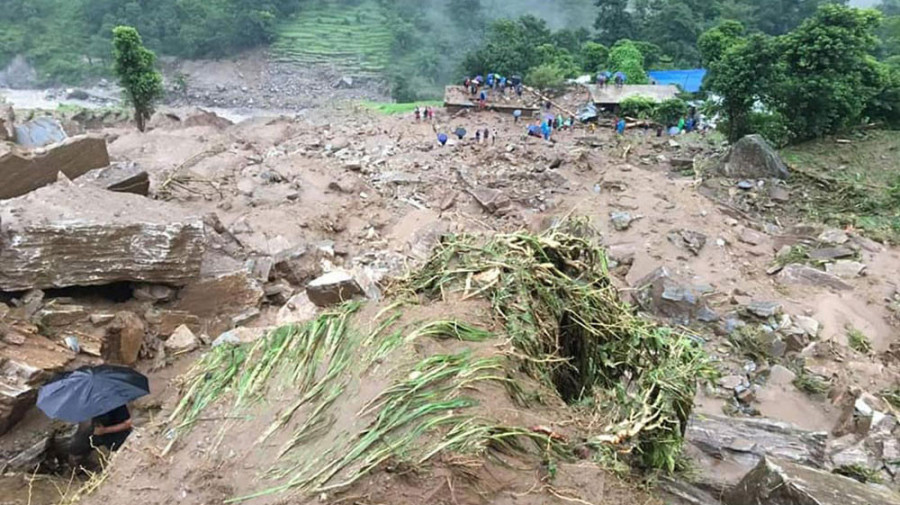 As many as seven people died while at least 24 others have gone missing in a landslide that occurred at Dhumthang in Bahrabise Municipality-7, Sindhupalchowk on Saturday night.

At least eight houses in Nagpuje and 10 houses in Bhirkharka of Bahrabise Municipality have been buried in a landslide that occurred last night.

The Area Police Office Inspector, Nawaraj Neupane, said, “Six bodies were recovered from the incident site in Bhirkharka and another one in Nagpuje,” adding, “At least 19 others in Nagpuje and five in Bhirkharka are missing.”

The locals are assisting security personnel to search the missing.

Sindhupalchowk continues to be battered by monsoon-induced natural disasters.

In August, a massive landslide had struck Lidi village in the district destroying 17 houses and damaging 37 others. As many as 39 villagers perished and 135 families were displaced in the disaster.