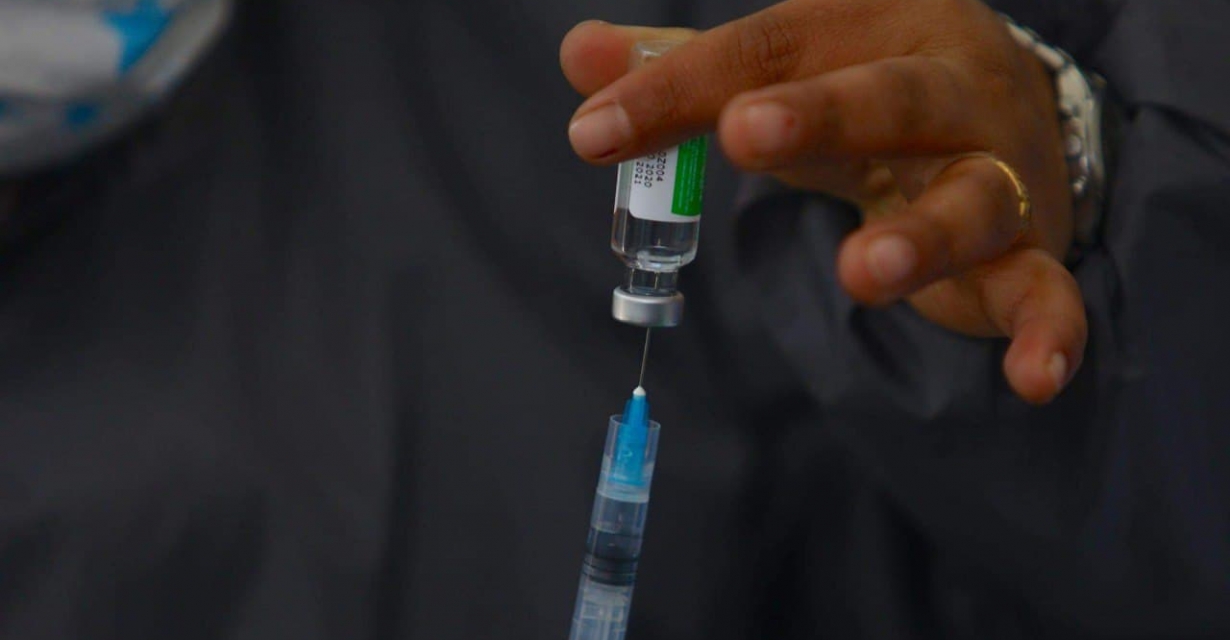 Second dose of Covishield vaccine to be administered from Monday
Read Time: 2 minutes

The government has rolled out the schedule to administer the second dose of anti-COVID-19 vaccines from April 19 to April 22 to those who received the first shot between January 28 and February 22 earlier this year.

As many as 500,000 doses of Covishield vaccine are currently in stock, as per officials.

Issuing a public notice, the Ministry of Health and Population urged all those who had received the first shot of the jab between January 28 and February 22 to visit any of the 19 vaccine centers convenient to them to receive the second shot. 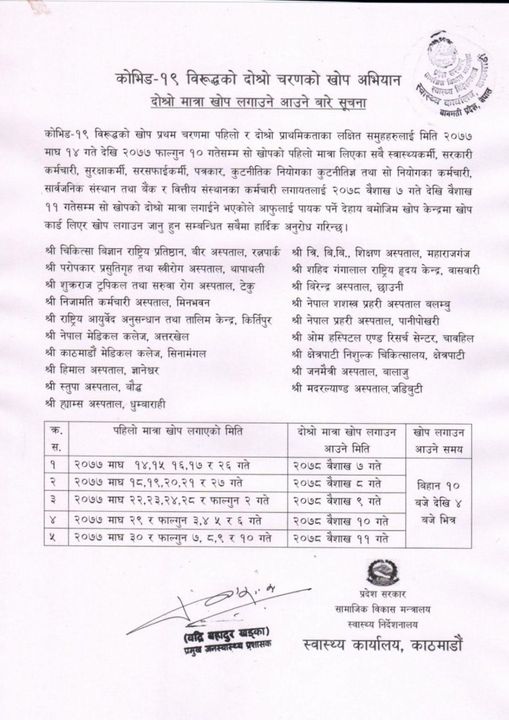 The Ministry has also set specific dates for the people to receive the second dose of vaccines as per the date of the first shot they received earlier.

In the first phase, the first dose of Covishield provided by the Government of India as grant was administered to frontline workers, health professionals, security personnel, government employees, journalists, officials of diplomatic missions, embassies and those working with the United Nations.

People above 60 years of age and parliamentarians also received the first dose of Covishield vaccines.

Covishield is developed by AstraZeneca and Oxford University and manufactured by the Serum Institute of India (SII).
Nepal government had suspended the vaccination drive after India put a temporary ban on export of the vaccine to meet its domestic demand.

Deaths rose by 879 to 171,058. Numbers typically fall on Tuesdays because of delayed results from tests done on weekends.

Meanwhile, the government started administering 800,000 doses of the China-made Vero Cell vaccine — provided by the Chinese government to Nepal as a grant from April 7.

The Serum Institute of India has yet to supply one million doses of the vaccines to Nepal. Nepal has already paid 80 percent of the total cost to place the order.

As many as 13 coronavirus patients died on Monday, taking the death toll from the respiratory contagion in the country to 3,053, the Health Ministry stated.