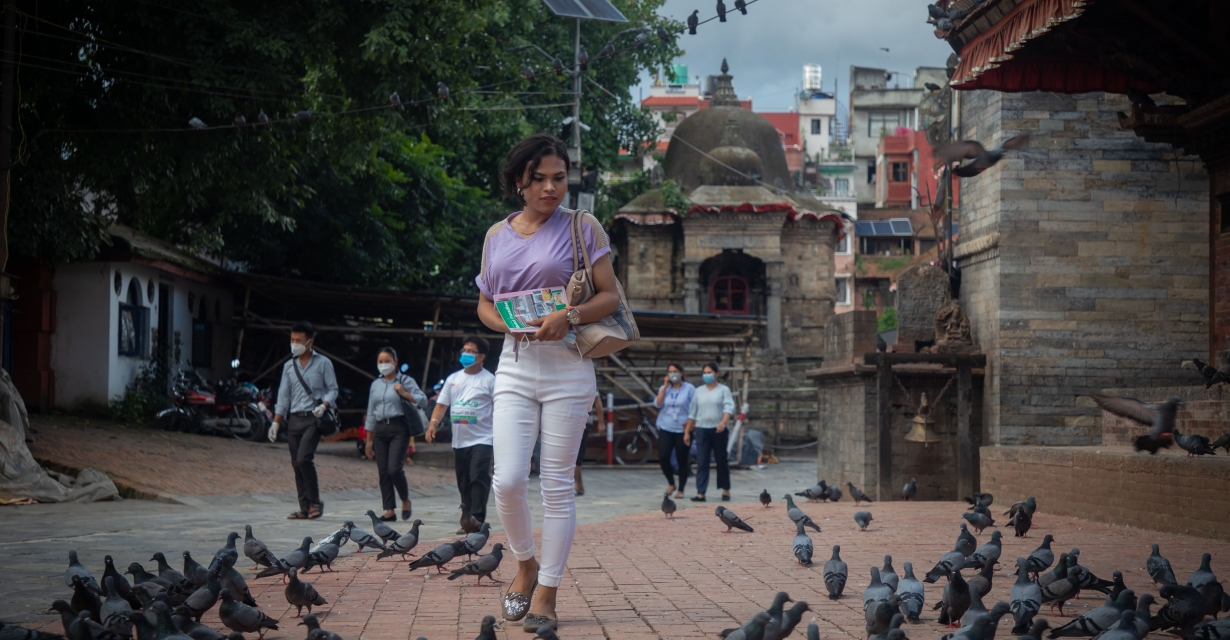 Born and raised in Kathmandu, Samaira Shrestha, 21, lives with her grandmother, father, mother and her brother. An extrovert by nature, Samira used to partake in most extra cocurricular activities during her school days. “I loved singing and dancing, I played football and the 5:00 am karate lessons were a part of my daily routine during my school days,” says Samaira.

She is currently studying Bachelors in Social Work at Kadambari Memorial College, Kathmandu. Like most transgender persons, Samaira also faced various forms of stigmas, discrimination, and harassment during her early childhood, just for being different.

“When I was around 13 or 14 years old, I realized that I was different from others. I faced lots of criticisms, bullying, and harassment at the hands of my friends and teachers while at school. There were instances when my relatives came to my house and talked to my family about how I was ‘different’ from other kids,” shares Samaira.

“I consider myself lucky because my parents have always been supportive of everything I do, and have always understood my intentions. Their understanding nature helped me open up to my parents and to decide to undergo transition.”

“It was my father who took me to the Blue Diamond Society (BDS), he explained to me what the organization meant, and how I can receive help from them to learn more about myself and the LGBTIQ community. I started visiting BDS more often, spent time reading books at their library, and met lots of people there which boosted my self-confidence, motivated me to learn more and help my community,” says Samaira. 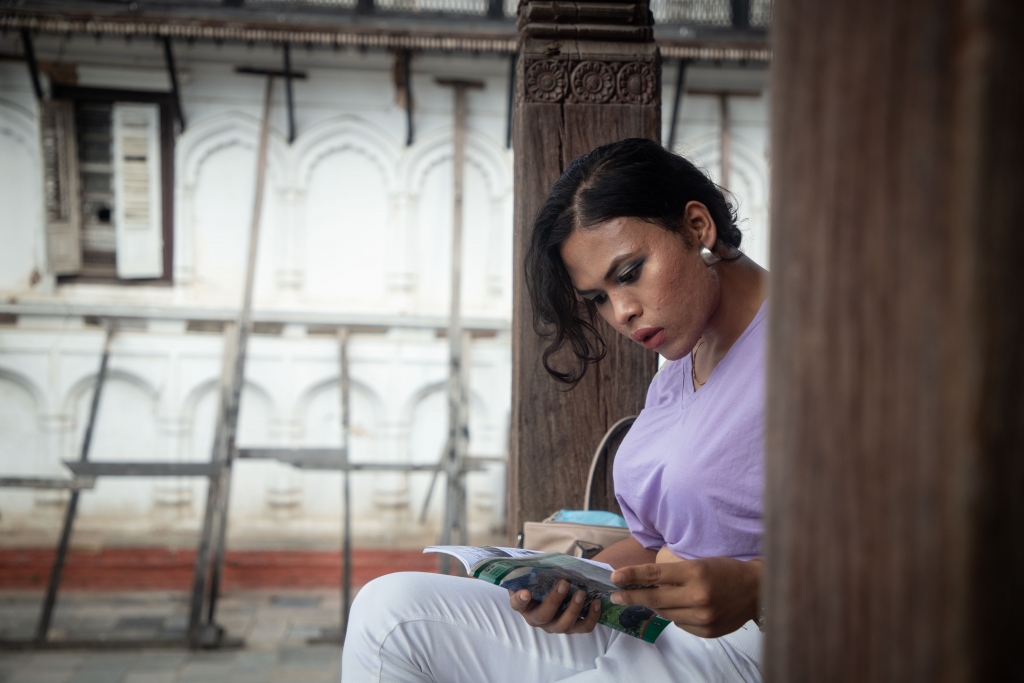 “It’s been nine months since my transition and I have never been happier. I feel free and alive. My biggest motivation has been my family, and though my grandmother is from a different era, she has been there for me in every step of my life.”

LIFE AS A TRANSPERSON

“As I started to socialize more frequently after my transition, it increased my confidence to introduce myself as a transgender woman. Before my transition, I rarely opened up about my sexuality to anyone.”

“My transition drew mixed reactions from people in my life; some were happy while others were shocked. So, I guess people filtered in and out of my life during the process and currently I have a selective group of friends. Now, I feel blessed being able to freely talk to my friends about my sexuality and daily affairs.”

“I am not a long-term planner and I don’t know what the future holds for me, but I would definitely love to work as an activist and help my community.”

“I personally feel that generations of transgender persons like Pinky Gurung have paved the way for us and now it is up to our generation to further the discourse around issues faced by the LGBTQI community. I hope to amplify LGBTQI voices so that the upcoming generations can be freed of stigmas and are able live their reality.”

“I don’t expect our society to change within a few years as change is a gradual process. Even educated people sometimes fail to understand the existence of different sexual orientations,” says Samaira. 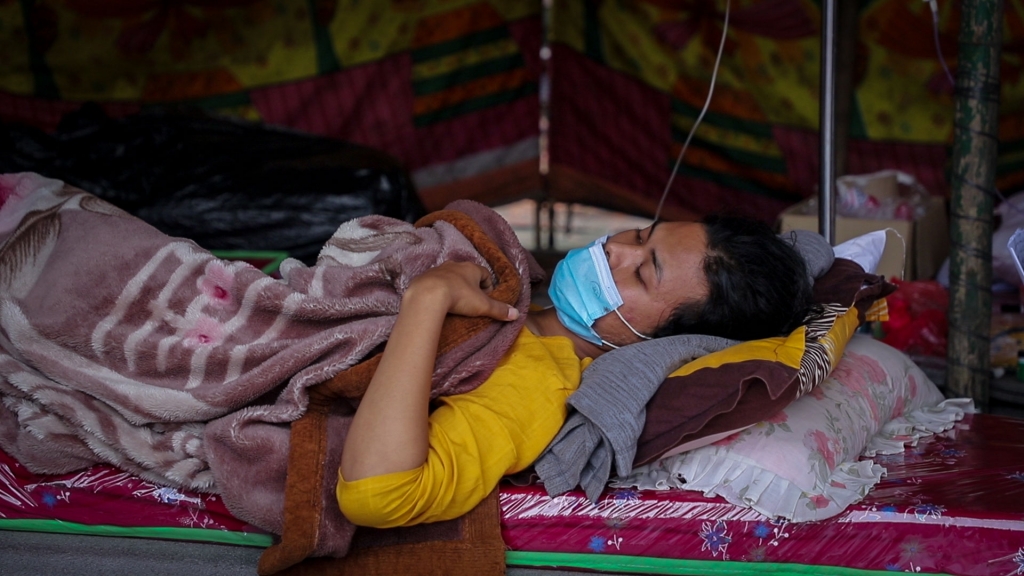 “I was discussing a project with my friends at a cafe when I read a newspaper headline about a female raped at a quarantine center. Though I felt disgusted about the news, I received tepid reaction from my female friends regarding the incident. Their reaction or a lack of it was one of the reasons that triggered me to contribute my part to the society and so I joined the ‘Enough is Enough’ campaign.”

Samaira spent 10 days without food and water during her hunger strike under the campaign.

She says, “Upon reading about the second phase of the Satyagraha through social media, I immediately reached Basantapur and stayed with the activists that afternoon. I had taken some books with me which helped me spend time. As the day passed, the cause for the protest motivated me to join the movement as a Satyagrahi. I was the youngest among all the protestors.”

“During the protest, I realized that I had never thought about my country’s affairs before that very moment. I was deeply touched by the selfless act of youths who were there fighting for the citizens’ wellbeing. I don’t consider myself an activist, but I do believe that change in the society starts from an individual,” she says.

“I started making YouTube videos during the lockdown. YouTube, for me, is a platform to open up to the world as Samaira Shrestha and to present my views and opinions for the world to see. The COVID-19 pandemic and the ‘Enough is Enough’ campaign have kept me busy, but I do have some videos lined up for the near future and I will definitely revive my channel after the situation settles down.”

“I believe change starts from an individual, and good things will happen when you work hard for it. I understand my privileges of belonging to an educated family and being raised in the Capital city, but I also know that there are many people who suffer due to the lack of awareness and advocacy about gender equity and the LGBTIQ community,” says Samaira. 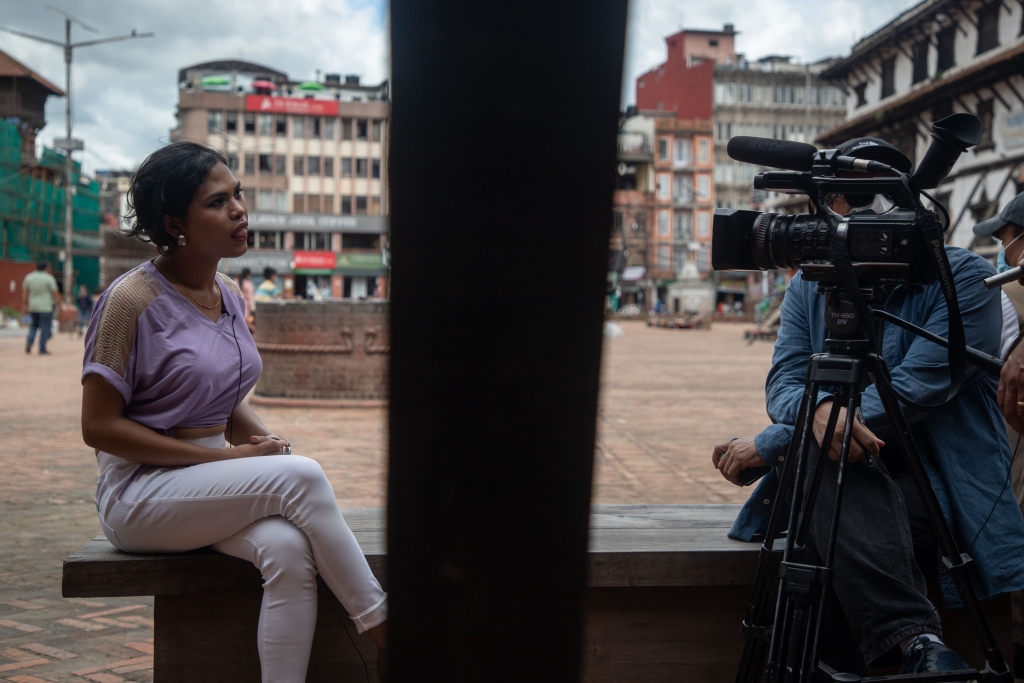 Samaira Shrestha gives an interview to a local television in Kathmandu, on August 6, 2020. Nishant S.Gurung-Aawaaj News

“I believe subjects of sexual orientation, gender identity, and sex education should be included in our educational curriculum so that children can learn about them from an early age. I am planning to publish a Mandala themed color books about LGBTIQ community for children with the help of two doctors. The project is nearing its completion and will be launched very soon,” she says.