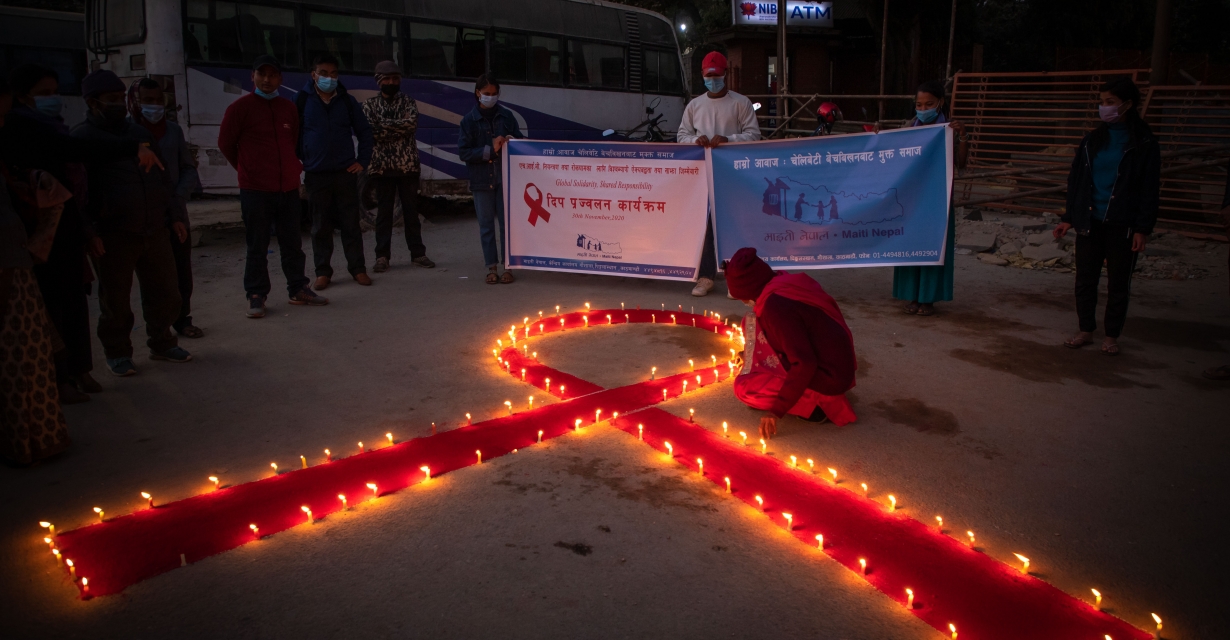 Maiti Nepal organized a candlelight vigil in Gaushala of Kathmandu on Monday to mark the eve of World AIDS Day. The theme for this year’s World AIDS Day is “Ending HIV/AIDS Epidemic: Resilience and Impact”
Volunteers at the vigil drew a red ribbon symbolizing solidarity with people living with HIV/AIDS. One minute silence was observed during the event in remembrance of the people who have lost their lives to the disease.

Maiti Nepal conducts the vigil every year to commemorate the day with the objective to raise awareness against HIV/AIDS and to advocate a dignified life for those living with HIV/AIDS.

Each year, organizations and individuals across the world bring attention to the HIV epidemic in an endeavor to increase awareness and knowledge regarding HIV, speak out against HIV stigma, and call for an increased response to move toward ending the epidemic.

The first HIV case was detected in 1988 in Nepal. According to the National Centre for AIDS and STD Control, the estimated number of ever reported cases in Nepal is 37,596 and the people living with HIV is 23,136 as of 15 July, 2020.

“This is an annual event conducted by Maiti Nepal to raise awareness and to remember people who have lost their lives from the disease. Campaigns and slogans are important, but above all we need to stop the prejudice, negative attitude and abuse directed at people living with HIV and instead give them all the care and support they require,” said Anuradha Koirala, founder of Maiti Nepal.