Nepal Army personnel from the Guruju Paltan rehearse for the upcoming Indra Jatra festival, inside the Hanumandhoka Durbar Square premises, in Kathmandu, on Tuesday.

This is the first time the army will feature Dhime baja, a traditional musical instrument, during the seven-day long Indra Jatra Festival.

The Guruju Paltan is a platoon of soldiers who march in two or three rows leading jatras (parades) as they play ethnic tunes on traditional instruments such as the bansuri, dhol, jhyali, tammal and the naumati. 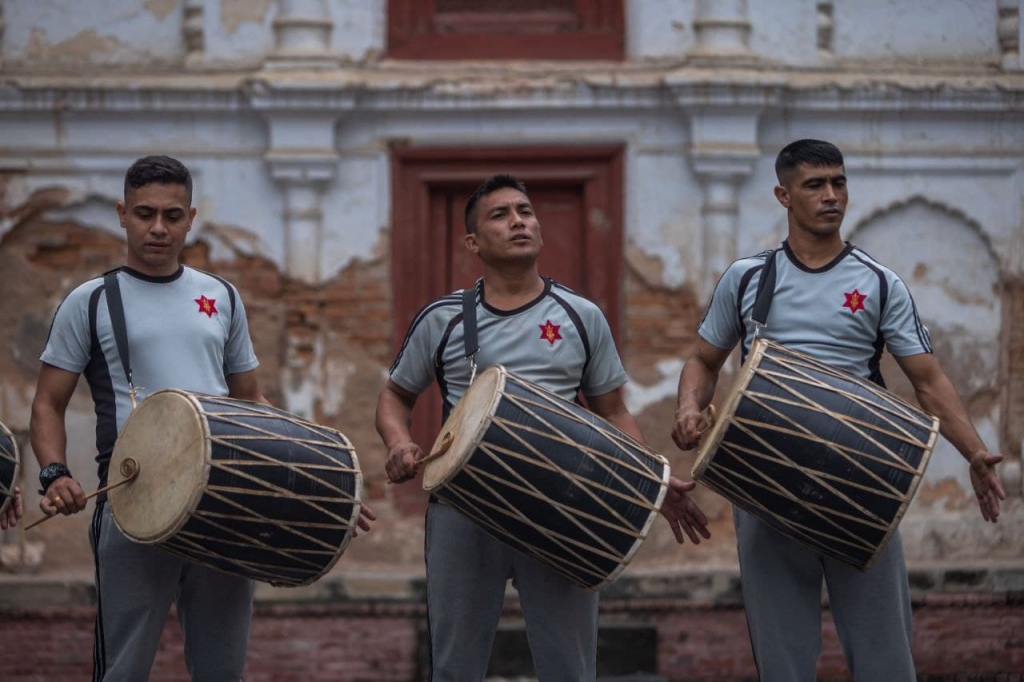