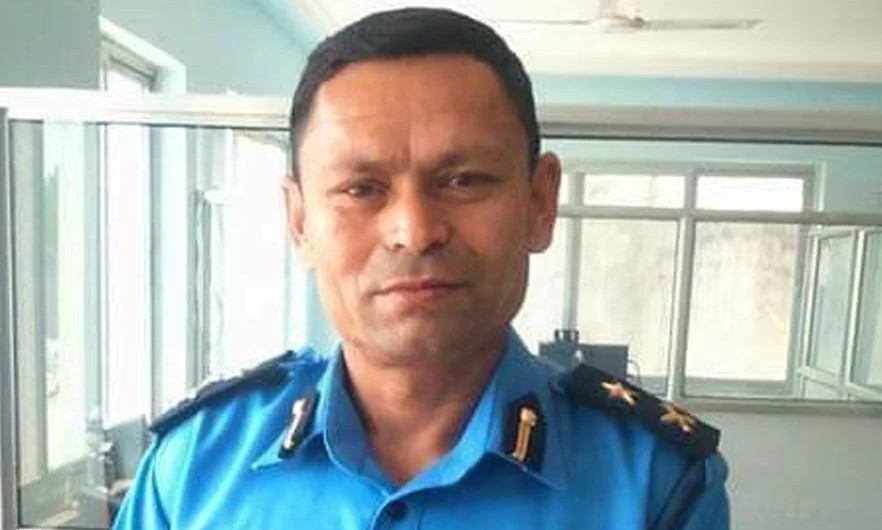 Former deputy superintendent of police (DSP) Rajkumar Khiuju, who has been accused of raping a girl multiple times, has been at large and police are having a hard time nabbing him.

Khiuju has been accused of raping a girl several times over a period of five months at several places, including his own duty station at Chapagaun Police Circle in Lalitpur .

A 21-year-old girl on February 5 filed an FIR at the Metropolitan Police Range, Jawalakhel, accusing him of ‘misusing his power and raping her’.

Though the Lalitpur District Court had issued arrest warrant against Khiuju on the same day, he has been absconding ever since.

Police have formed a special task force to trace the accused.

The rape survivor victim in her FIR has accused Khiuju of raping her for the first time on February 13, last year at his police station. She said she had visited the police station seeking a police report.

The girl was intimidated following the first incident of rape. Khiuju took advantage of that and raped her repeatedly.

He also visited the girl’s rented room or ordered her to visit his police station, where he raped her. This had continued for five months.

According to police, Khiuju was transferred to Biratnagar after the issue surfaced within the police circle. He resigned around one-and-a-half months ago citing ‘domestic reasons’.

Senior Superintendent of Police Tek Prasad Rai, said, “Remaining out of contact does not help Khiuju at all. This will be recorded by police as evidence against him.”

He added that though the accused has not been arrested yet, police have already started investigating the case.