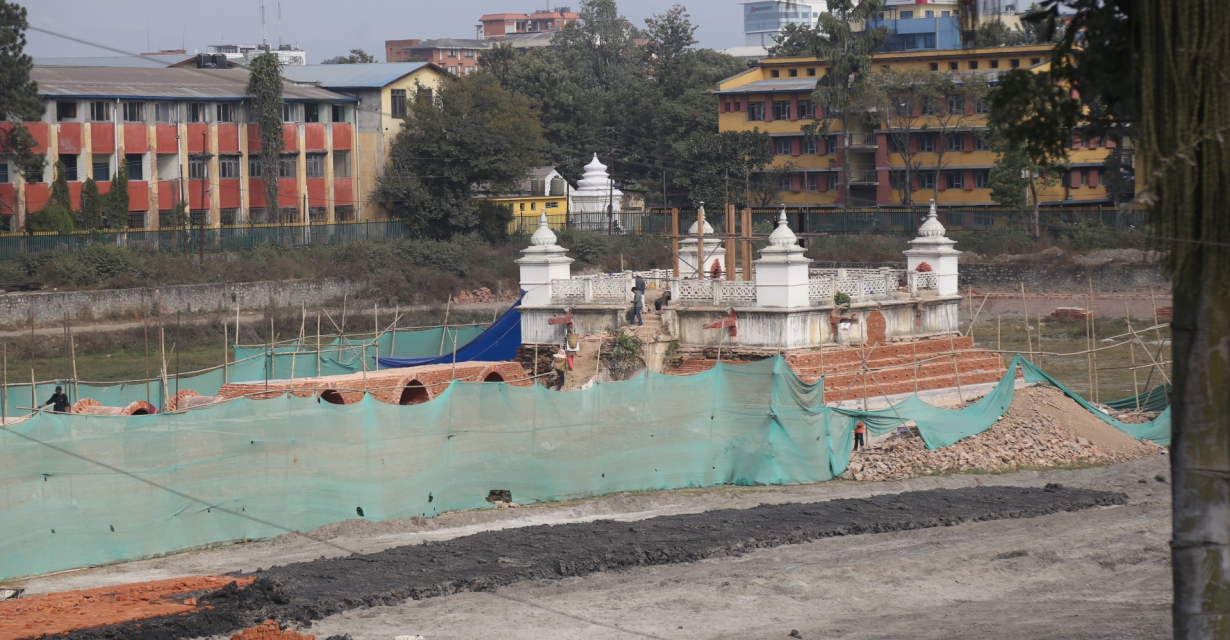 As the 2015 earthquake of 7.8 magnitude rattled the country, numerous cultural heritage sites sustained serious damages. One such heritage site was Rani Pokhari which not only served as a scenic attraction for visitors in the area, but also a place of worship for many. The site was almost completely damaged due to the recurring tremors whereas the temple situated in the middle of Rani Pokhari was badly damaged.

The reconstruction of the iconic site, however, began only a year later in 2016. Though initially the overall renovation was set to be completed by September 19 the same year, works towards the same are still underway. In December 2017, the Department of Archaeology directed Kathmandu Metropolitan City (KMC) to halt the reconstruction of Rani Pokhari after a series of controversies surrounding the use of concrete in restoration process.

The reconstruction of the historic pond had been mired in controversy after the KMC used concrete to build a 10-feet retaining wall on the southern side of the pond. Following KMC’s widespread criticism for using concrete materials and its inability to carry out the work, a cabinet meeting on January 28, 2019 decided to handover the responsibility of the reconstruction work to the National Reconstruction Authority. The reconstruction works finally resumed in March, 2019 in a full-fledged manner.