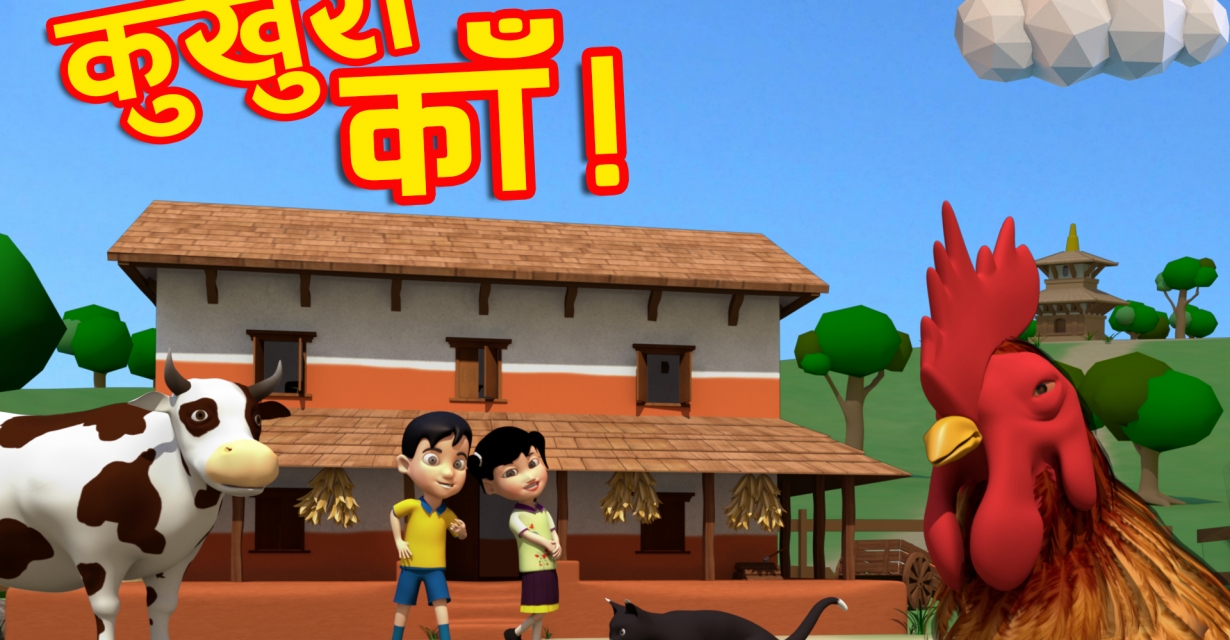 According to the UNESCO Atlas of the World’s Languages in Danger, between 1950 and 2010, 230 languages became extinct. Of the 230, one language (Dura) was from Nepal. A further 7 languages are listed as ‘critically endangered’ in Nepal with ‘Tilung’ a regional language from Khotang District comprising of only 10 speakers.

While to say the Nepali language could be one of them would be stretching the argument a bit too far, one has to admit certain aspects of it could be losing popularity – say for example, Nepali nursery rhymes or other folklores.

If you don’t believe it – ask Santosh Paudyal and Pabitra Ratna Shakya. In 2017, their concern was they could not find any quality rhymes or other educational material on YouTube in Nepali language for their children.

When Santosh searched for content, he was bombarded with rhymes in either Nepali or Hindi language. The little bit of content that was available did not grab the attention span of children because it lacked visual appeal in comparison to other international videos.

However, not being ones to simply complain, they decided to act on it. Despite the arduous journey that lay ahead, they persevered. And in 2020 – 18 videos, millions of cumulative views, and a 134,000 subscribers later – they are confident about their commercial interest with a social objective. 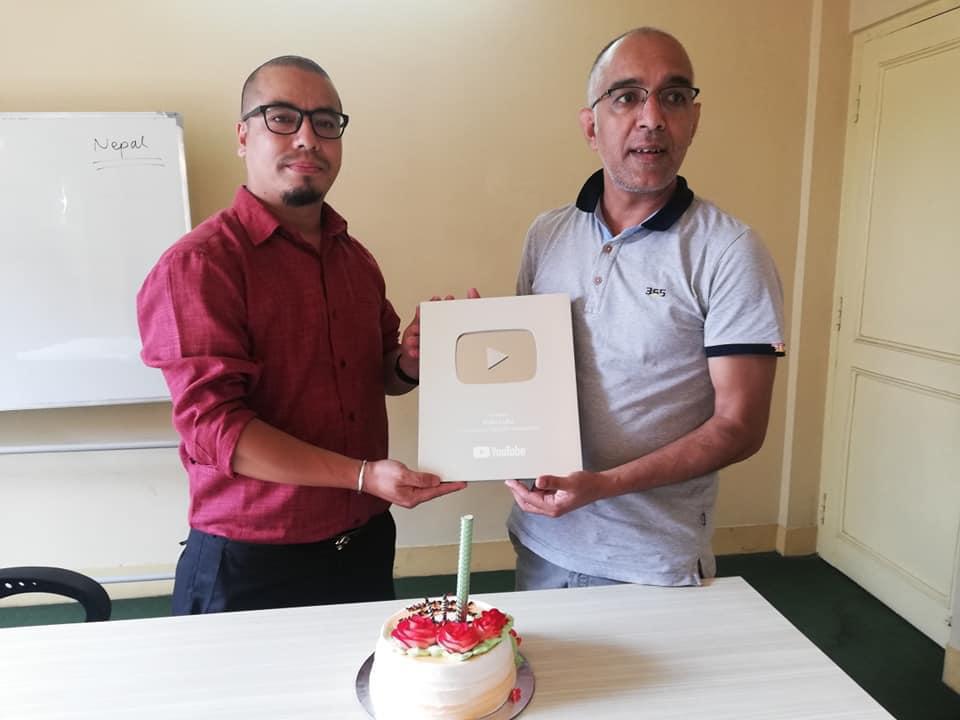 For Paudyal and team, their journey towards reaching a 100,000 subscribers milestone was rife with difficulties – an overworked team working on scanty resources, navigating through YouTube’s strict policies because their content involves children’s content, and so on.

According to Rupen Pradhan, who heads marketing at Puku Luku, ‘creating such videos consumes considerable resources – financial and physical’. “Plus we are posed with extra challenges because of the sensitive nature of our audience.”

“However, we are committed to keep our channel wholesome and healthy for kids. We want to ensure our content, and our associations’ are absolutely healthy for kids”, Pradhan adds. Puku Luku, which has sustained itself with internal resources so far, intends to rope in relevant brands in the future.

Working together, founders Paudyal and Shakya got their children involved in the project too. Sarahna Poudyal and Pranshu Shakya have sung many rhymes, and according to Santosh Paudyal, “are enthusiastic about Puku Luku”.

Paudyal also adds Puku Luku’s contents are popular amongst the Nepali Diaspora too. Outside Nepal, their subscriptions are mostly from the United States, Australia, and the United Kingdom – regions with large Diaspora population after the Middle-East region. 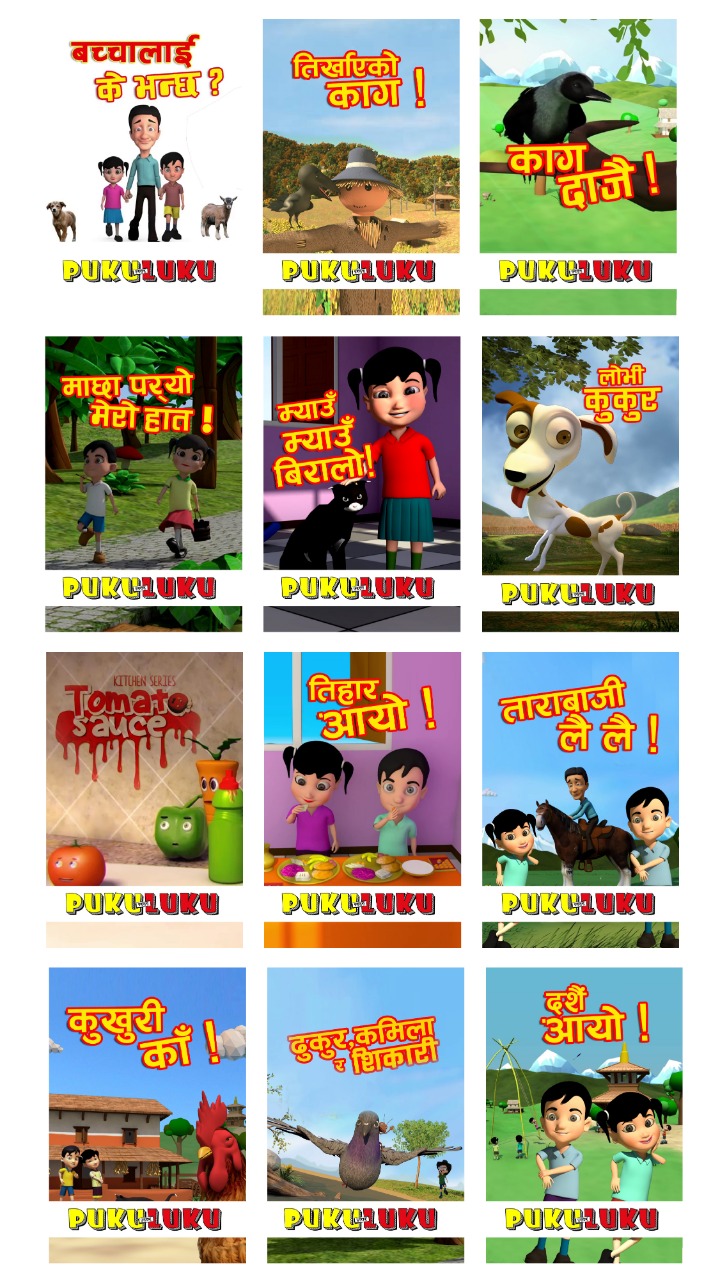 Besides creating animation videos of rhymes and folklore, they also dabble with several educational elements – the Nepali alphabets ‘Ka, Kha, Gha’ being one of them.

Upon being asked, if Puku Luku team will be dealing with other social issues, he shared an interesting episode about language and correctness. According to Santosh, they sometimes have had to use their discretion to change certain sentences/words which would imply negative connotations. “Most are incorrect representations of certain sections of society”, Santosh says.

“Eventually, we will also deal with other social issues within our content – and try to illustrate our content on a positive note. However, we also have to maintain a fine balance between educational value and entertainment value – as we do not want our children to lost interest in our content. We believe we owe more to language preservation”, Paudyal adds.

Concluding the conversation, Paudyal shares that more content is on its way, and one which aims to teach children about six seasons of Nepal is coming soon.

As an exercise, Paudyal asked me to list them. Interestingly, I couldn’t.

On my way home, I thought to myself, “I have to watch that video”.

Thapa is the Founder of Aawaaj News, and currently works in the field of communication.