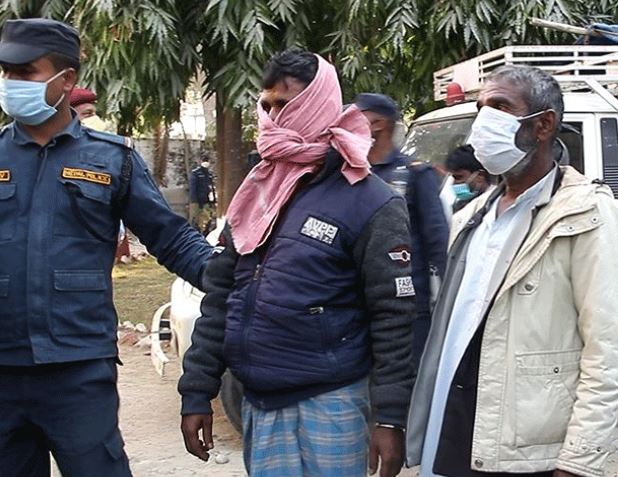 Rautahat Police have arrested six people in connection with the murder of 17-year-old Amrita Kumari Sah, a local resident. Amrita had died after being shot in her right temple while asleep in her room on November 11.

Police investigation revealed that Amrita’s father, Ram Ayodhya, and mother, Sita, were involved murdering their divorced daughter because she was in love with a man belonging to a different caste. After investigating the incident for three weeks, police concluded that the teenager’s murder is a case of honour killing.

According to preliminary investigation, Amrita’s father had paid off some henchmen to kill his daughter because she was in love with Sosindra Bhagat alias Tharu.

Earlier, Amrita’s parents had married her off to Rupesh Sah alias Sohan of Bishnupur village, Sarlahi despite knowing that she was in love with another man because her lover belonged to a ‘unacceptable caste’.

Four days into their marriage, Rupesh was stabbed by unknown men and sustained serious injuries in the knife attack. Following the incident, Rupesh severed ties with Amrita and lodged a complaint against his wife as well as her ex-boyfriend at the District Police Office, Sarlahi alleging attempt to murder.

Fearing humiliation, Amrita’s father planned to kill her to save the ‘family’s honor’. On the day of the incident, Amrita was sleeping with her mother but the henchmen entered the room and shot her after the mother went out to answer nature’s call.

Initially, Ram Ayodhya had handed Rs 1.5 lakh to Chhotelal Sah with the condition to kill Amrita in India under the pretext of taking her to Bihar for treatment. The plan could not succeed due to the assembly polls in Bihar.

Later, Ram Ayodhya and his son-in-law handed over Rs 1 lakh to another group of henchmen to murder Amrita on the night of November 11.

Police investigation revealed that Sita, the victim’s mother, also had prior knowledge of the murder plan.

“It seems that Ram Ayodhya forced his wife Sita Devi to choose between himself and his daughter,” said District Police Office Chief SP Siddhi Bikram Shah, adding, “She chose her husband and played a role in getting the shooters into the house on the night of the incident.”

An honour killing is the murder of a family or clan member by one or more fellow family members, in which the perpetrators believe the victim to have brought dishonour upon the family, clan, or community.

Media reports suggests that ‘honour’ crimes mainly occur in South Asian, Middle Eastern and North African communities where a woman’s behaviour can be seen as key to preserving a family’s honour.

These murders involve a girl or woman being killed by a family member for “an actual or assumed sexual or behavioural transgression, including adultery, sexual intercourse, or pregnancy outside marriage – or even for being raped,” noted WHO.

An estimated 5,000 murders in the name of ‘honour’ happen every year around the world. However, it is widely believed that the number could be greater as many cases go unreported.

Though honour killings in Nepal have gone undetected mostly, sporadic incidents do get coverage in national media.

The last such incident was when a 40-year-old father killed his 19-year-old daughter at Wakil Tol in Janakpur-2, Dhanusha, on February 20 after her marriage was called off because the betrothed daughter was spotted with another boy by a relative of the to-be-husband.