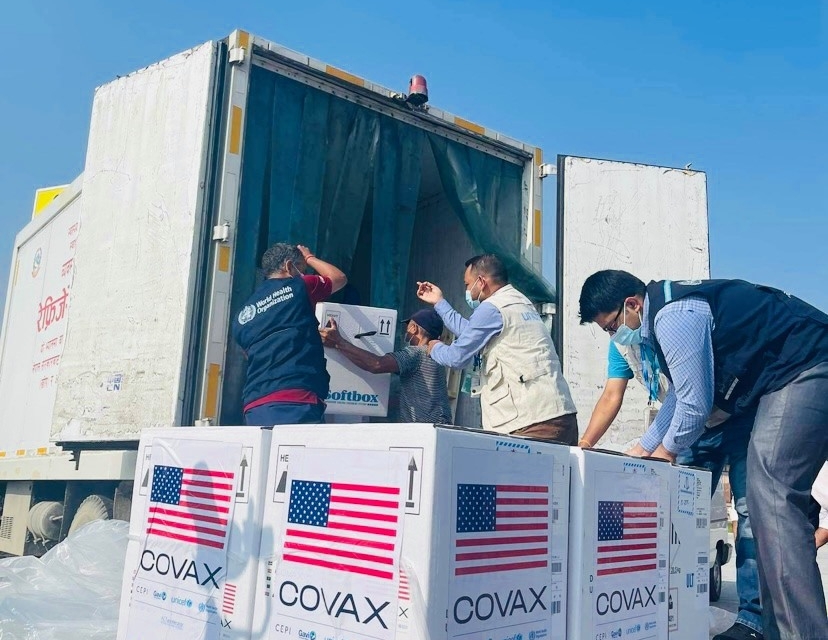 Over 100,000 doses of Pfizer vaccine arrive from USA; Elderlies to be prioritized during inoculation
Read Time: 2 minutes

As many as 100,620 doses of Pfizer vaccines produced in the US arrived in Kathmandu today morning, as per the US Embassy in Kathmandu.

The US embassy made the announcement through twitter on Sunday. “The United States is donating 100,620 Pfizer vaccines to the people of Nepal, the arrival is expected tomorrow,” reads the tweet.

Before this, the US had donated 1.53 million doses of Johnson & Johnson vaccines to Nepal.

As of Sunday, 8,606,988 Nepalis have received at least one dose of anti-COVID vaccine, which is 28.3 per cent of the total population.

Nepal’s recovery rate currently stands at 97.3 per cent, active case stands at 1.53 per cent and death rate is 1.4 per cent.

In the first week of September, the Ministry of Health and Population, through a study, had unveiled that around 69 per cent of the population of the country had already developed COVID-19 antibodies. The antibodies are formed after receiving COVID vaccine or once a COVID patient recovers from the disease.

The Pfizer vaccine, jointly developed by American company Pfizer and German company Biontech, is said to be effective for people above 12 years of age, according to the US Center for Disease Control. Research has confirmed that the vaccine, which requires two doses over a period of one month, is 95 percent effective.

Spokesperson of the Ministry of Health, Krishna Prasad Poudel, said that the vaccine would be first given to elderlies suffering from chronic illnesses. The government is preparing to secure an additional 6 million dose of Pfizer vaccine from the United States in December. The vaccines will be given to children above 12 years of age.