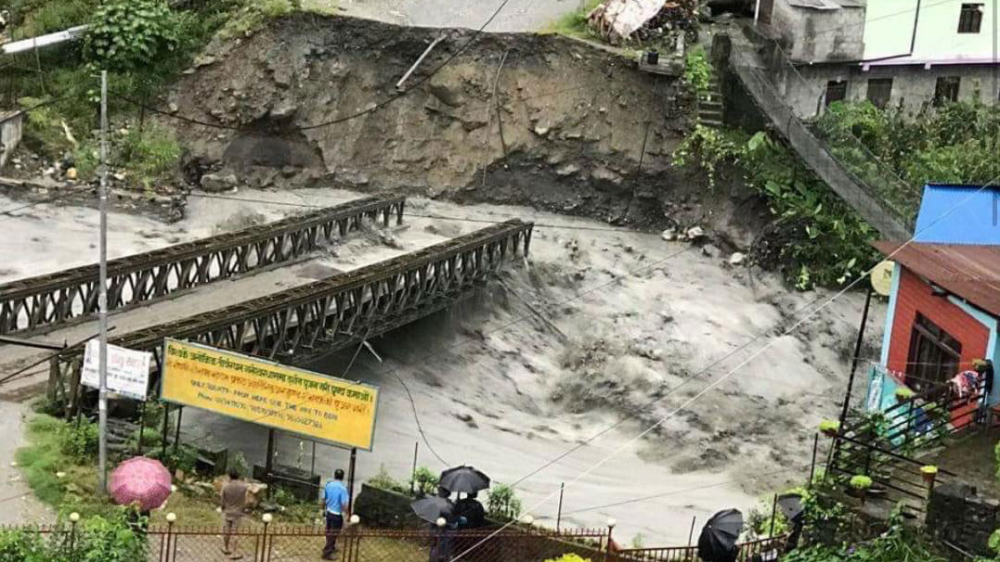 At least nine people have died and several others injured in landslides triggered by perennial rainfall, burying houses in Kaski and Lamjung districts on Thursday night.

According to spokesperson for Kaski District Police, DSP Subash Hamal, six people died when a local – Tanka Bahadur Thapa Magar’s house was buried by landslide in Pokhara Metropolitan City-18 in Gothadi. The deceased, however, have yet to be identified.

Six other survivors of the same incident who sustained injuries were rescued and taken to Manipal Teaching Hospital and Western Regional Hospital for treatment, according to police.

DSP Hamal said that the relatives of the family had gathered in the house to celebrate a family member’s birthday. “Some other people may have been buried in the landslide,” he said.

Nepal Army, Nepal Police and Armed Police Force have sent their separate teams for search and rescue operations. “There are fears that more people could have been buried as there was a big gathering in the celebration,” said Ram Bahadur Thapa, ward chairman of Pokhara-18.

Meanwhile, three people from the same family in Besisahar, Lamjung district, died after their house was buried by landslide debris. Police have identified the deceased as Dipak Tamang, 32, his wife Bimaya Tamang, 25 and their eight-year old son Chhewang Tamang.

Likewise, at least 32 persons have gone missing after a landslide that occurred in Dhaulagiri and Malika Village Committees of Myagdi district. Incessant rainfall and landslides triggered by the same has caused in disruption of roads in the villages and hindered rescue operations.

Similarly, one elderly person died after a house in Pokhara-25, Hemja was buried in a landslide at around 3 am earlier today. The deceased has been identified as Himkali Adhikari. Three goats were also buried in the landslide debris, according to police.

Also, three more people were injured in a landslide in Pokhara-17, Chhorepatan. The rain-triggered landslide buried the house of Chandra Bahadur Magar. They are undergoing treatment at a hospital in Birauta, Pokhara.

Meanwhile, Ramghat area has been flooded since Thursday evening. Police said the locals were relocated to a safe zone on Thursday night.