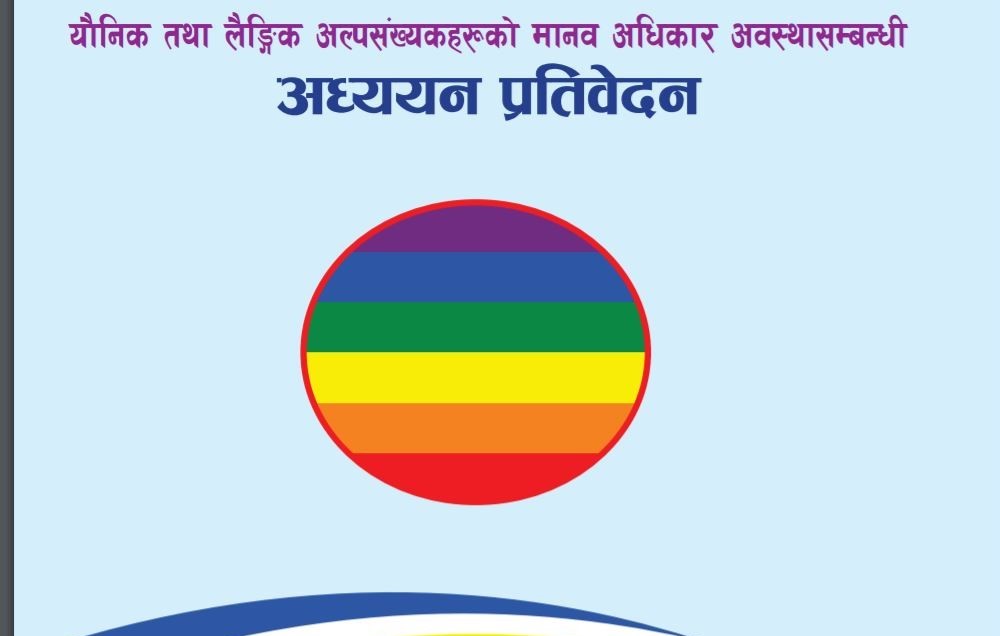 Issuing a study report on Human Rights Status of Sexual and Gender Minorities, the National Human Rights Commission (NHRC) has recommended federal, provincial and local governments to protect the rights of LGBTQI community.

The detailed report, based on interaction with LGBTI communities of various districts, points out that sexual and gender minorities in Nepal are still deprived of the human rights guaranteed by the constitution as well as various national and international laws.

Interactions were held with the LGBTQI communities of Jhapa, Morang, Parsa, Rautahat, Mahottari, Kaski, Rupandehi, Kailali and Kathmandu over the period of six months for the study.

Though the Supreme Court legalized same-sex marriage in 2015, the process is still legally complicated and socially frowned upon in Nepal. Hence, NHRC has recommended the government to help in uncomplicating same-sex marriages.

It has also suggested ways to address the problems faced by LGBTI community and made a 24-point recommendation to the federal government including formulation of special laws by incorporating provisions to guarantee rights and interests of sexual and gender minorities and providing skill training and study scholarships.

The recommendations also ask the government to guarantee employment; simplification in issuance of citizenship certificate and passport; making arrangement of necessary amount for surgery to be undergone for sex change, both from male to female and female to male; allowing LGBTQI people to adopt children; guarantee of paternal property and right to divorce.

Similarly, NHRC has made a 13-point recommendation to provincial governments, directing them to maintain records of sexual and gender minorities, allocate necessary budget to conduct programs for LGBTQI people, and arrange funds for LGBTQI people to carry out business activities.

The report has also made a 13-point recommendation to local governments such as providing training for school teachers to encourage them to create LGBTI friendly environment and conduct public awareness programs against discrimination against LGBTQI people.