Nepal’s public debt has reached 40.5 percent of the country’s gross domestic product (GDP), with the government relying more on borrowed money to meet its financial obligations due to low revenue collection amid impacts of the COVID-19 pandemic.

As per the data with Nepal Rastra Bank (NRB), the government took loans worth Rs 1.72 trillion by the end of last fiscal year, out of which Rs 927.92 billion (21.8 percent of the total money borrowed) was foreign debt.

According to NRB, the government took loans of over Rs 301 billion in 2020/21 alone. Based on an estimated 30 million population, the country’s per capita debt has now reached Rs 57,608.

With heavy reliance on borrowed money of late, the country’s debt has nearly tripled in the last five and a half years.

Last year, the annual growth rate in public debt was 21.1 percent. The rate was at a whopping 36.2 percent in 2019/20, the largest in the past three and a half decades.

The country’s debt liability was rising at a slow pace until fiscal year 2015/16. However, it surged with the country needing to generate massive resources for post-earthquake reconstruction.

In the past two years, it has been escalating with a need to purchase vaccines and medical equipment to fight against the pandemic, on top of the government’s inability to check unproductive spending, said experts.

“A reason why most of our research products have gone unimplemented is our dependence on donors. A problem identified by donors and their prescribed solution may not be compatible with the need of the day and the reality on the ground,” a press release issued by PRI quoted an expert as saying.

Calling policy inconsistencies the main problem of Nepal, another expert who participated in the dialogue lamented, “We already have a bunch of good policies. However, instead of implementing them, we rush to develop new one every time the government changes. It’s frustrating”. 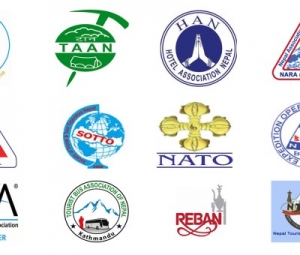