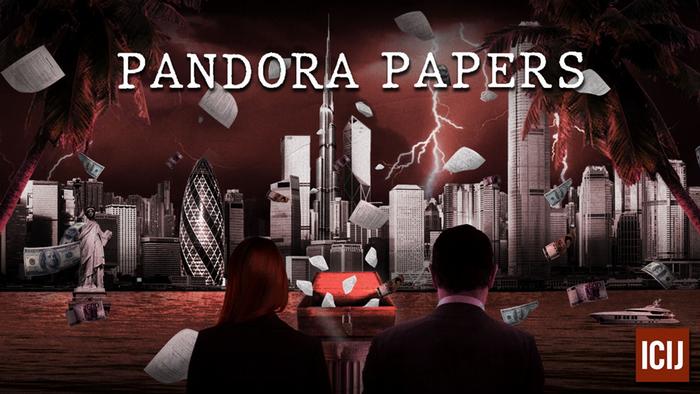 Nepal’s only billionaire (as per the Forbes) Binod Chaudhary and 15 other people have been named in “Pandora Papers”, a sequel of ‘Panama Papers’ who has been using tax havens for money laundering.

The investigative report has named four other members of the Chaudhary family along with Nepal’s oldest business family Golchha Organization and other notable business persons with political connections.

The investigation has also found out that Nepali nationals set front companies registered in the British Virgin Islands (BVI) in the names of family members and associates and moved money through a series of shell companies to launder money without detection.

As per the CIJ-N, the leaked documents includes the secret correspondence, purchase and sales of shares and setting up shell companies in tax havens like the British Virgin Islands (BVI), Cyprus, Mauritius, Singapore and other financial centres.

The Pandora Papers has revealed that Chaudhary had set up companies in BVI in the names of his wife and three sons, Nirvana, Varun, and Rahul.

As per an unnamed official quoted in the investigative report, Nepal’s only billionaire did not have permission to hold these investments abroad.

“When CIJ-N showed the leaked documents, Nepal’s former finance secretary Rameshore Khanal said that Chaudhary had clearly misused the system because the law does not allow a Nepali citizen to take money out of the country as Chaudhary appears to have done,” the report stated.

Apart from being the sole billionaire of the Himalayan Nation, Chaudhary also is a nominated member of the Nepali Congress in Nepal’s House of Representatives. But Sunday’s investigation hasn’t found any direct involvement of politicians in money laundering through offshore companies.

But the Centre for Investigative Journalism Nepal said that politicians seem to be colluding with their business partners because there has been no investigation after its 2019 NepaLeaks investigation of the Panama Papers that revealed the names of dozens of Nepali nationals with unlawful offshore companies.

“The silence of the regulatory bodies appears to be encouraging the Nepalis’ investment in tax haven countries. Pandora Papers is an outcome of that surprising silence,” the CIJ-N said.

The 2019 NepaLeaks mentioned that Golchha Organization was the first Nepali company to bring in foreign investment from the British Virgin Islands through Flatwood to operate companies in Nepal.

Earlier CIJ investigations in 2017 showed that in a questionable deal, Golchha’s Eastern Sugar Mills was allowed by the Tax Settlement Commission to get away with paying only Rs 400,000 when it owed the treasury Rs 52 million in back taxes.

Two members of the Commission and the director of the Inland Revenue Department are still facing corruption charges in the Special Court for granting allegedly illegal tax breaks to the Golchhas.

Alike Binod Chaudhary, Diwakar Golchha was also nominated by Nepali Congress to the Constituent Assembly-Parliament in 2008 which has established political links of many of businessmen named in the ICIJ documents.

Another person with close links to Maoist Centre leaders- Ajeya Sumargi Parajuli, who was exposed in the CIJ NepaLeaks for allegedly transferring money from Nepal to tax havens the suspected ill-gotten wealth of politicians.

In the previous round of leaks- NepaLeaks showed that Sumargi’s Zhodar Investments in BVI transferred $48,372,222 to his companies in Nepal in 2010.

According to Pandora Papers, Sumargi also invested in Worldwide Incredible Limited in the BVI in 2011, and several other companies based in the tax haven. Some of the money from BVI has been transferred indirectly to Sumargi’s companies in Nepal, including Hetauda Lime Industry Pvt Ltd, Everest Mineral Products Pvt Ltd, Muktishree Pvt Ltd, according to the Pandora Papers.

In a convoluted money trail that involved several other shell companies, Sharma and Sumargi are seen to have worked in 2019 with the same Cypriot investment company, Sotioris Pittas & Co LLC.

The other prominent people named in the Pandora Papers leaks is Radhe Shyam Saraf and his family, who own the Taragaon Regency Hotel and Yak & Yeti Hotel in Kathmandu. The documents that CIJ reviewed appear to show that the family has channelled money through companies in the BVI to invest in Nepal.

CIJ also found documents in the leaked papers showing that the Saraf family are involved in companies in Belize, Lichtenstein and Mauritius and there appear to be questions regarding its investments in Hyatt International.

Saraf had already been embroiled in controversy in Nepal over the Taragaon property and has been investigated by the Office of the Auditor General, the anti-corruption agency and the Ministry of Tourism.

The other Nepali businessmen mentioned in the Pandora Papers who have invested in suspected shell companies offshore tax havens include Rajendra Shakya, Purushottam Poudyal, Sudhir Mittal, and others. (ANI)