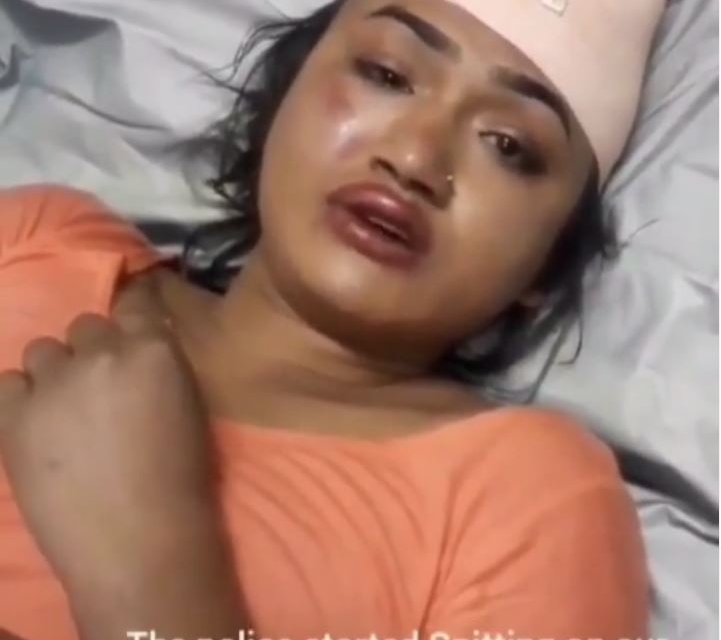 Minister for Foreign Affairs Pradeep Kumar Gyawali, during the 37th Session of the Human Rights Council UPR Working Group held on January 21, said that ‘Nepal’s commitment to the promotion and protection of human rights is total and unequivocal, and underscored that the rule of law and human rights should be evenly operational at national, regional, and international levels’.

Nepali political leaders, whenever given an international platform, make sure to quote the Constitution to say that Nepal’s statute is founded on the value of equality, social justice, and non-discrimination.

In the same manner, Gyawali had boasted about the government’s continuing efforts in promoting gender equality and inclusiveness, combating violence against women, promoting rights of the child, ending caste-based discrimination, as well as promoting the rights of indigenous people, Dalits, minorities, and other marginalized communities.

Everyday incidents of murder, violence and discrimination against gender minorities perpetuated by authorities, however, paints the ground reality in a rather grim light.

A group of transgender persons was brutally beaten by Nepal Police personnel in Kathmandu on the night of January 21, videos of which garnered much attention on social media.

After much public condemnation on social media against the police brutality, Nepal Police issued a press statement the next day only to ‘explain’ the authority’s stance for using force. Nepal Police said its personnel had acted against complaints that a group of trans-persons were involved in public disturbance. 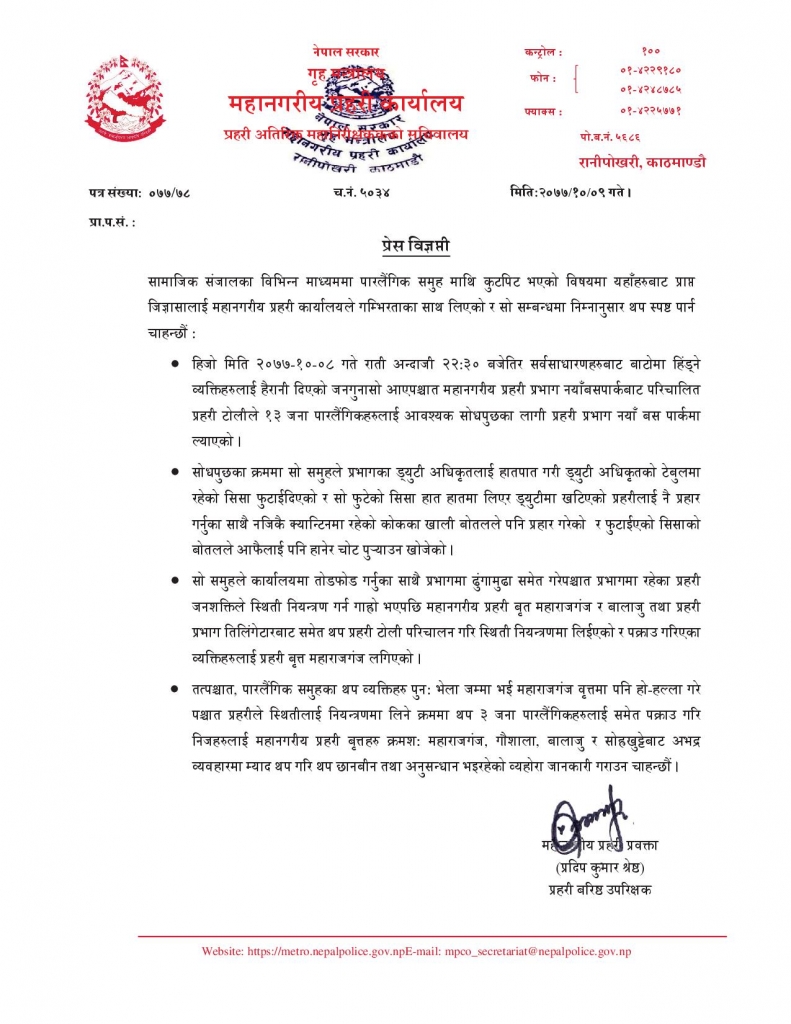 One of the assaulted said in a video that police personnel had brutally thrashed them with their boots and guns butts, spit on their faces, and called them derogatory names.

This, nonetheless, is neither surprising nor shocking as it is not the first time police’s highhandedness in sensitive cases has surfaced. Nepal Police is often times criticized for their harrowing the proceedings as they don’t even regard the LGBTQIA+ community as equal citizens while recording their complaints.

The New Humanitarian in 2006 had quoted Sunil Pant, the then founder and director of Blue Diamond Society Nepal as saying, “The situation with regard to the trans community in Nepal has gone from bad to worse, with routine incidents of police brutality including physical and sexual abuse, blackmail, extortion and even attempted murder being reported.”

The situation after nearly 15 years hasn’t changed much.

Transgender men and women continue to face stigma and prejudice from society, which denies them access to traditional means of employment. With few options, they often turn to sex work, which can be dangerous.

On July 11, 2016, Nepal Police launched their nationwide ‘prahari mero sathi’ (police, my friend) campaign with the aim to become public-friendly.

On the contrary, during 2020, Nepal Police drew widespread criticism after photos/videos emerged on social media of the personnel baton charging school students in Kohalpur, attacking journalists as well as general public outside the Dasrath Stadium in Kathmandu, and detaining as well as using force on peaceful protestors across country.

On September 16, 2020 Nepal Police issued ‘Simplified and Detailed Code of Conduct’ to be followed by all police personnel in the course of their duty. It also formulated Nepal Police Action Plan, 2020, to accomplish 14 major goals.

It is rather ironic that the code of conduct demands all police personnel to exhibit high value and moral and conduct their duties with dignity and integrity, and is aimed at instilling a positive attitude of the public towards police.

It expects police personnel to be polite towards service seekers by avoiding all kinds of prejudices based on caste, creed, class, gender and ethnicity.

It aims at enhancing the police force, protect the history of Nepal Police, develop infrastructure and enhance professionalism in the force through the use of technology.

Though the recently issued new code of conduct is aimed at bolstering police image, their brutality, especially when it comes to silencing dissent and criticism from the general public, indicate otherwise.

Moreover, the LGBTQIA+ community, for lack of agencies and awareness of their rights, faces an insensitive police force which has a heavy presence of male officers and is terribly under-trained when it comes to dealing with sexual and gender minorities.

The insensitivity of Nepal Police in handling sensitive subject matters has made them more of a foe than a friend.