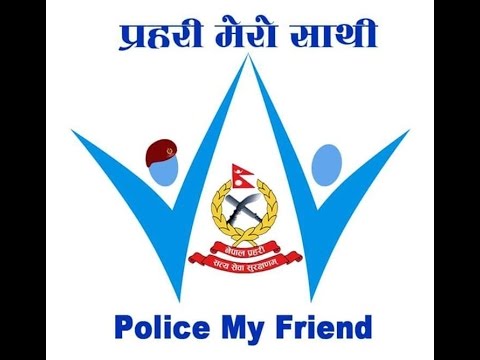 On July 11, 2016, Nepal Police launched their nationwide ‘prahari mero sathi’ (police, my friend) campaign with the aim to become public-friendly. However, if recent incidents are anything to go by, the arbitrary use of force by the police indicates something rather contrary.

In the past few days, Nepal Police drew widespread criticism after photos emerged on social media of the personnel baton charging school students in Kohalpur and attacking journalists as well as general public outside the Dasrath Stadium in Kathmandu.

Various media outlets released stories of rapper Samir Ghising aka Vten, who talked about how police misbehaved with him during his detention. Only a few months later, a video emerged where suspended lawmaker Alam could be seen threatening police to burn the entire city for arresting him. The policeman, who was recording Alam in secret, could clearly be heard trying to console Alam with utmost respect.

Police had arrested rapper Ghising (Vten) in October on charges of promoting “values that go against social norms” through his songs. He was later released on the condition that he deletes his songs from Youtube. Ghising’s arrest came just days after police arrested another singer, Durgesh Thapa, for allegedly promoting similar “anti-social values” in his recent song.

Similarly, Pranesh Gautam, from Meme Nepal Facebook page, was arrested for posting a film review video. The stories of how he was manhandled during detention and even before his arrest are well known.

Moreover, rape survivors face an insensitive police force that is heavily male and sadly undertrained when it comes to dealing with survivors of sexual violence, a majority of whom are minors. The insensitivity of Nepal Police in handling delicate subject matters has made them more of a foe than a friend.

It’s almost 17 months since 13-year-old Nirmala Pant of Kanchanpur was brutally raped and murdered. The rapist(s) and murderer(s) of Pant are still unidentified and at large, mainly due to lapses from the police.  An investigation by The Record brought to light the police’s many shortcomings in the case of Pramila Tharu, a 14-year-old from Bardiya. Her suspicious death in October last year was summarily ruled a suicide and not pursued with the diligence required, despite many pieces of conflicting evidence.

Despite high ranking security officials often making remarks that an individual’s political or public profile should not be any reason for them to escape justice, police brutality towards the general public does not seem to come to an end.