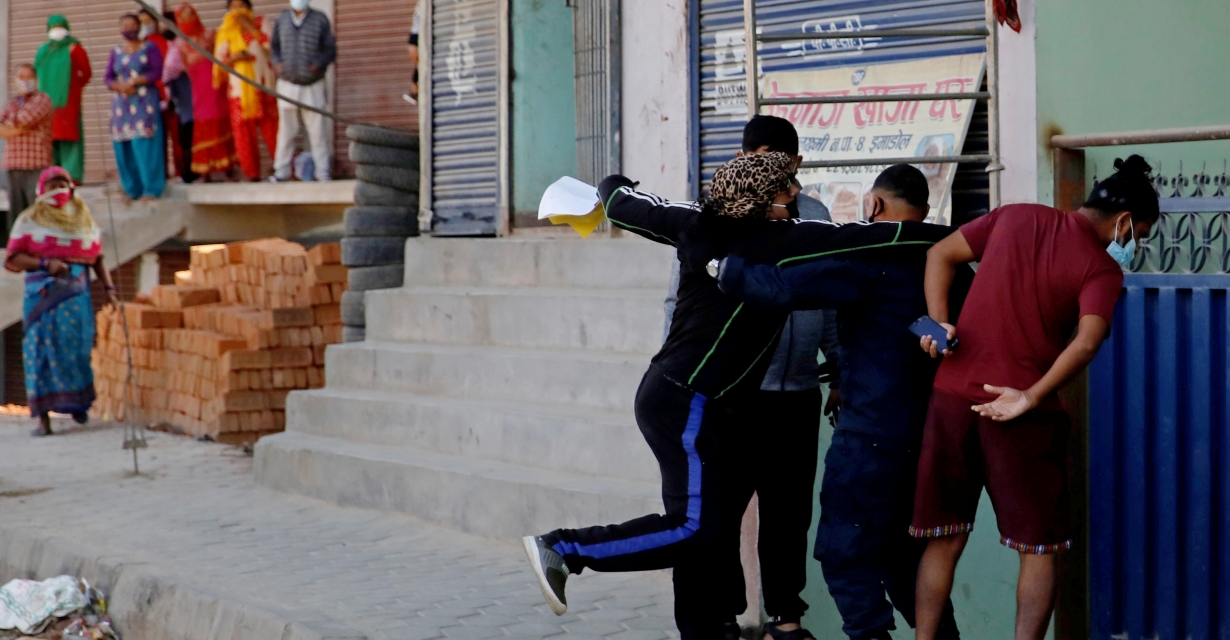 A local protester punches a man during an argument about Indonesians taking shelter at the mosque, amid fear of outsiders spreading coronavirus disease (COVID-19), at Jame Masjid in Imadol, Lalitpur, Nepal April 2, 2020. REUTERS/Navesh Chitrakar
Neither stigmatization nor racism will cure COVID-19, then why hate?
Read Time: 4 minutes

Many North-eastern residents of India are being subjected to racism amid the global pandemic because of their facial structure. Recently, a man spat paan on a Manipuri girl while she was on her way to buy groceries and called her ‘corona’ in India. 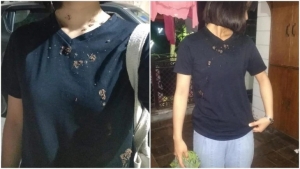 A video doing the rounds of social media shows a group of women from the northeast crying as the housing society they lived in tried to forcefully evict them and blamed them for “bringing coronavirus in India”.

In another video, a group of Northeastern students were abused and forced to leave their accommodation in Kolkata.

Numerous fake videos, showing Muslim men and women spitting on food and licking plates at a restaurant, became viral in India. This added to the fire of racism in an ultra-nationalist country.

India harboured hatred and communal discord by giving communal color to coronavirus and its “spreaders”. There have also been numerous reports of anti-Asian racism on the streets of Australia and the United Kingdom.

We have something to learn from all this.

People of all religions and casts have continued their prayers as well as traditions amid the nation-wide lockdown in Nepal. The daily aarati at Pashupatinath Temple is ongoing and, though few in numbers, continues to draw Hindu devotees while the Jame Masjid in Kathamndu is doing the same. Churches are open too.

On Thursday, some local protesters pelted bricks and stones in a protest against Indonesians taking shelter at the Imadol-based Jame Masjid in Lalitpur. It is wrong on the part of people who hide inside religious shrines in groups, but the question of why did they have to hide should not be overlooked. 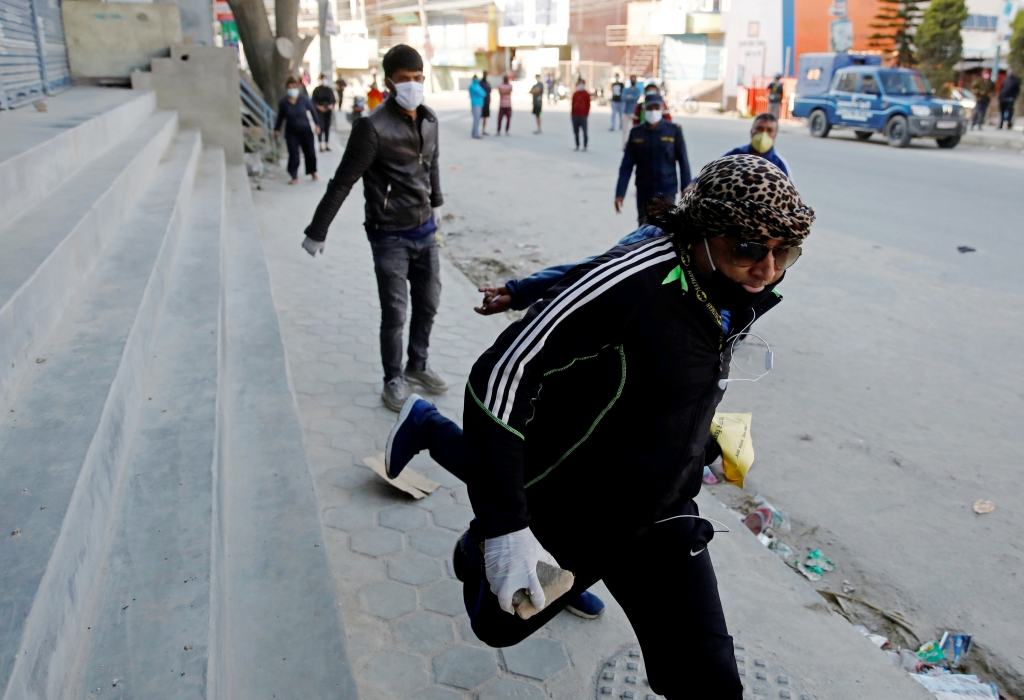 A local protester carries a brick during a protest against Indonesians taking shelter at the mosque, amid fear of outsiders spreading coronavirus disease (COVID-19) at Jame Masjid in Imadol, Lalitpur, Nepal April 2, 2020. REUTERS/Navesh Chitrakar

Yesterday, a Vietnamese couple residing at a Patan-based Bed and Breakfast fell victims to communal hatred as the locals created a havoc saying that the foreigners could be carriers of COVID-19. The couple was isolating.

Stigmatizing people who have come from abroad as carriers of COVID-19, spewing racial slurs against people for taking shelter at religious shrines, evicting healthcare workers from their rented rooms/apartments, and suspecting people who have a slight cough are intolerant behaviours.

There is an immense lack of information, awareness, access, and education regarding the noble coronavirus. Factual information usually eludes the general public in this age of misinformation where fake news rapidly circulates through social media. Many people in the rural areas of the country still don’t fully understand what coronavirus is, how it spreads and why social distancing is vital.

The responsibility to tackle this health crisis in an objective manner lies equally on the government, media as well as the citizens. Hatemongers should be held accountable. Social media is a powerful tool so instead of using it for hate-speech, we should be generating awareness.