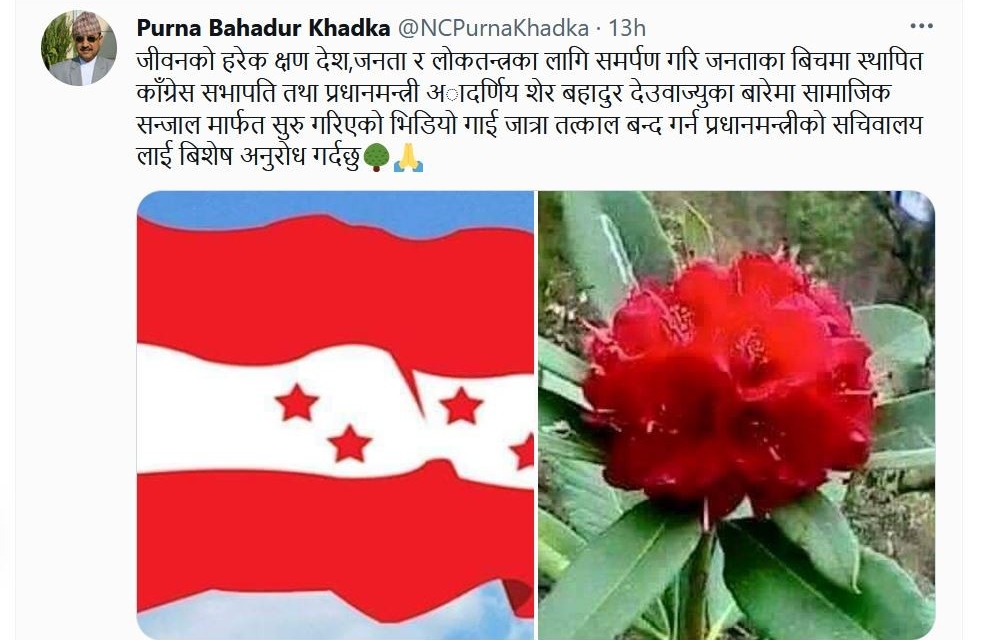 Nepali Congress leaders have strongly objected to the videos made public by Prime Minister Sher Bahadur Deuba’s secretariat and drew the PM’s attention to immediately stop such tactics.

For the past few days, Prime Minister Deuba’s secretariat has been sharing various video materials under the headline ‘I like Sher Bahadur Deuba because…’ In the videos, people can be seen praising the PM and his works.

General Secretary of Nepali Congress Purna Bahadur Khadka termed this action of the Prime Minister’s Secretariat as a Gai Jatra.

“It is my special request to the Prime Minister’s Secretariat to immediately stop the video Gai Jatra launched on social media,” Khadka tweeted.

“It’s time for the prime minister to work. It is time to give him the right advice and support. If his works are good, the people will make such video themselves, otherwise the party might make it,” Sharma said, drawing the secretariat’s attention to immediately stop releasing such videos.