The National Innovation Centre (NIC) is locally manufacturing COVID-19 testing booths. Mahabir Pun, Chairman of NIC, has been calling on donors as well as investors for the domestic production of such booths.

“I saw on the internet that South Korea was using such booths for testing and the model turned out to be favourable for them in curbing the spread of the virus. So our experts at NIC started to build a sample and we released the design for other manufacturers. NIC will provide financial assistance to those who want to manufacture the design,” informed Pun.

He said NIC does not get any fund from the government and rather runs on proceeds handed out by the general public.

The testing method involves collection of samples from inside a box of aluminium and glass. Medical professionals can collect throat and nasal swab samples from inside the box while the suspected coronavirus-infected individuals stand/sit in front of the glass exterior.

Such booths were widely used in South Korea for testing as the method is completely contactless. The booth test is likely to significantly reduce manpower requirement and the need for PPE kits that are in short supply.

The Korean design was improvised after extensive consultation with engineers as well as doctors from Bir and Army hospitals. The team has also prepared a simple guideline for other manufacturers to follow.

Er Dipak Raj Devkota, one of the engineers who designed the booth said, “We took the Korean model as a sample and created a similar but new design after considering the materials that are available in Nepal. NIC has built a prototype which will be kept at Bir Hospital for testing. Despite not being associated with NIC, the team that sketched the design came out to support the community at a time of a health crisis. We’re doing this as volunteers.”

One of the country’s top infectious disease officials delivered an urgent message: South Korea needed an effective test immediately to detect the novel coronavirus, then running rampant in China. He promised the companies swift regulatory approval.

Though there were only four known cases in South Korea at that point, “we were very nervous. We believed that it could develop into a pandemic,” one attendee, Lee Sang-won, an infectious diseases expert at the Korea Centers for Disease Control and Prevention, told Reuters.

By the end of February, South Korea was making headlines around the world for its drive-through screening centers and ability to test thousands of people daily.

Following are the sketches of the design drawn out by Nepali experts: 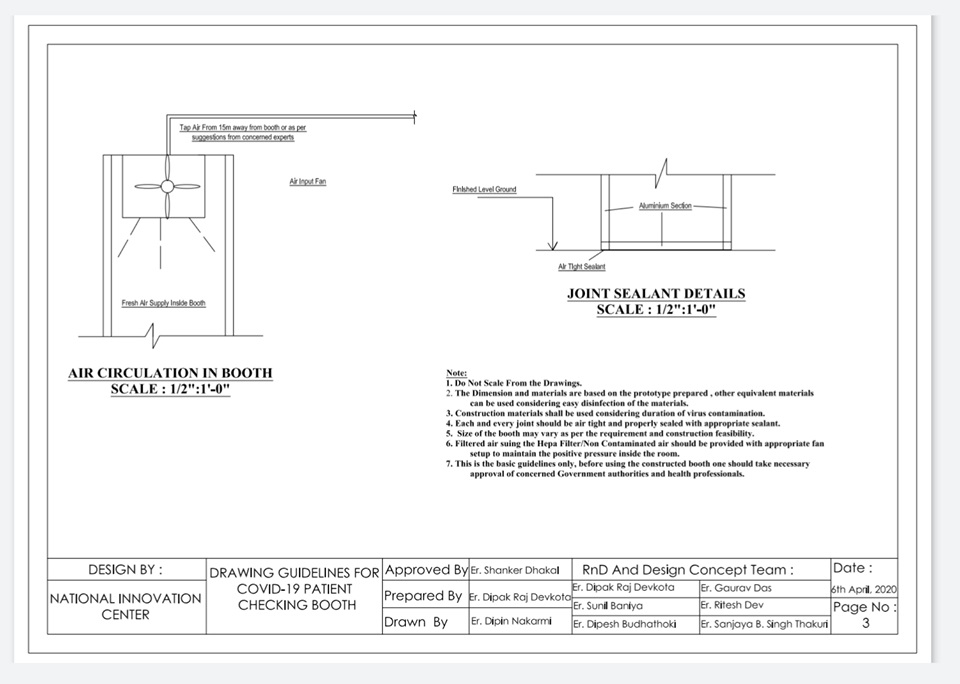 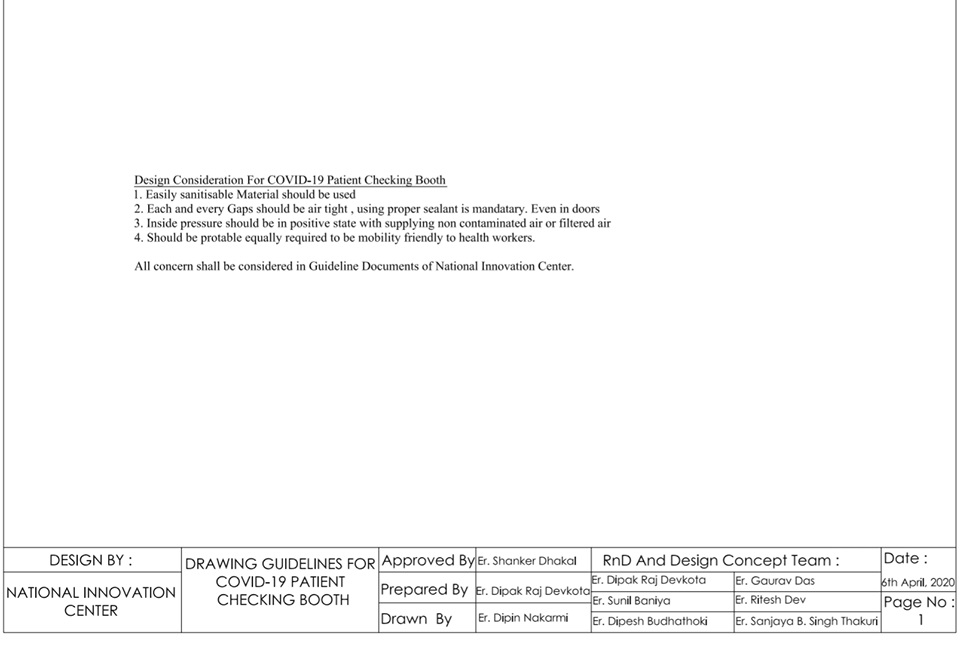 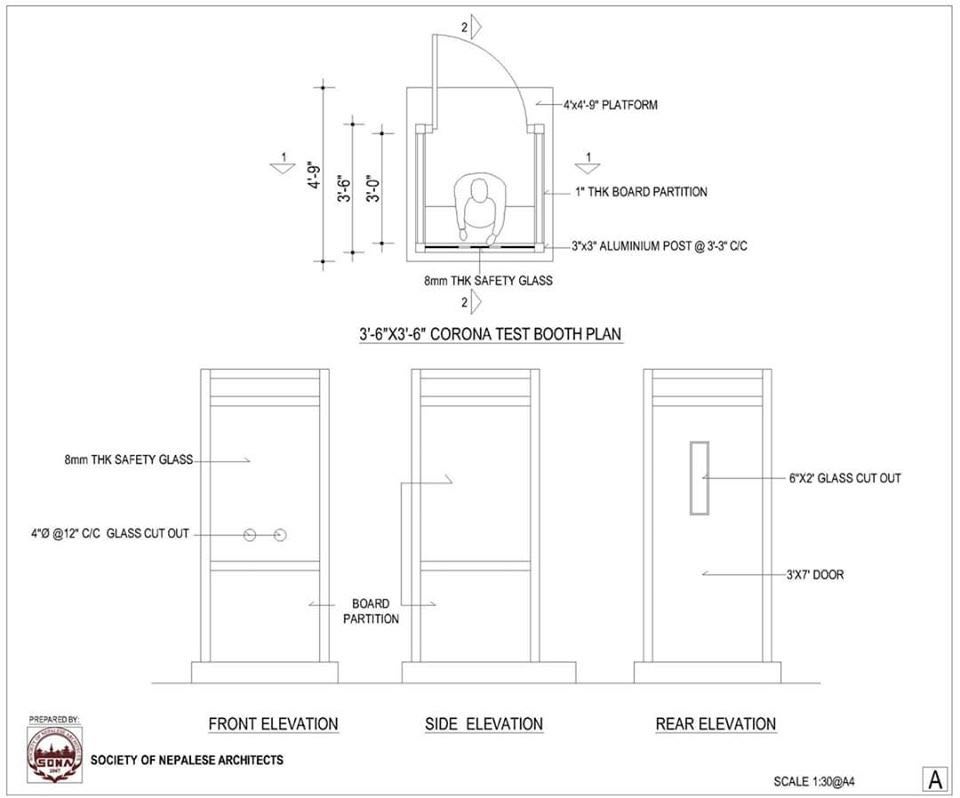 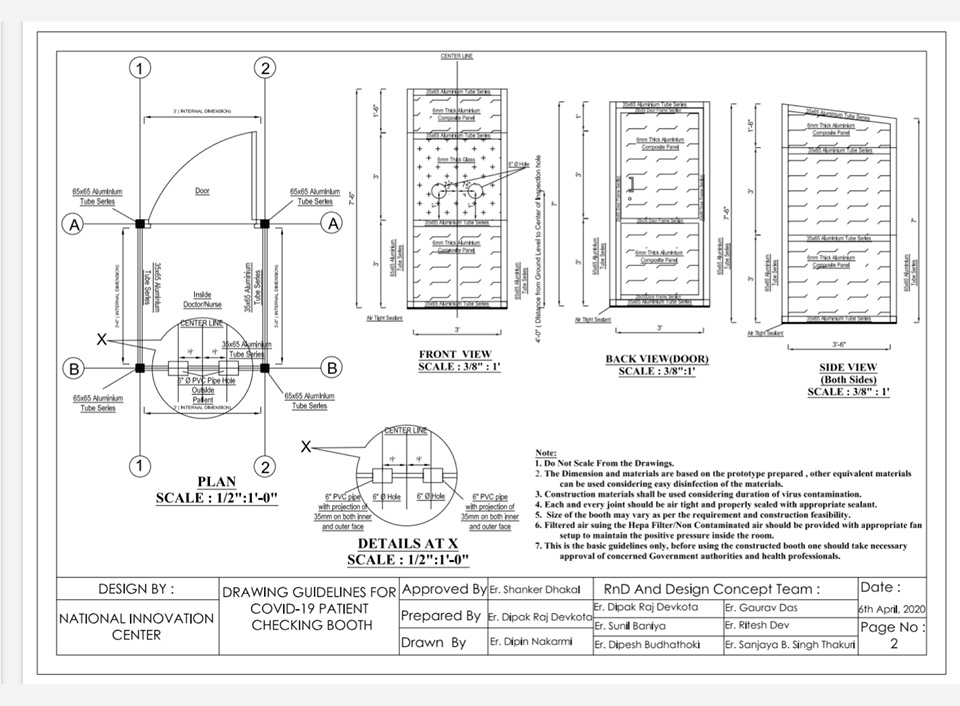