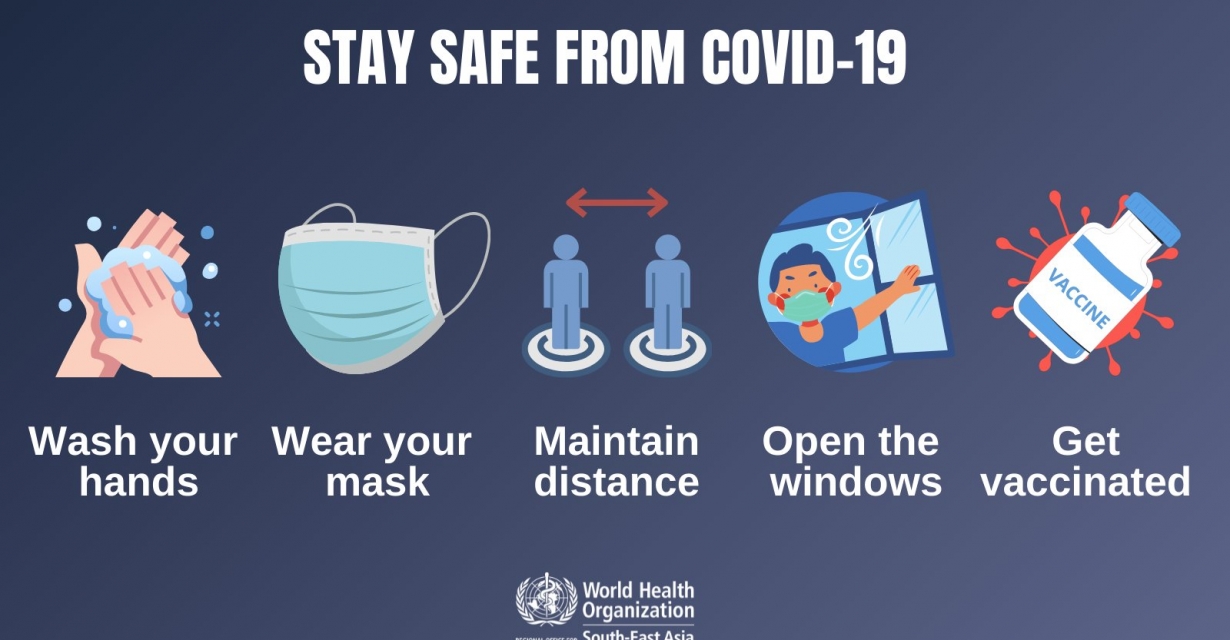 The Delta variant’s mutation of coronavirus has been detected in Nepal.

According to the Ministry of Health and Population, the mutated form of the Delta variant was confirmed in nine samples during a gene sequencing done in New Delhi, India.

Deputy Spokesperson for the ministry Dr Samir Kumar Adhikari said that among the 47 Delta variants confirmed during gene sequencing, nine new K417 N mutations were detected, which has been named AY1.

Cases of AY1 have been detected in 10 countries, including Nepal, according to the Health Ministry. But that doesn’t mean a new variant of coronavirus has been found.

“Studies show these variants are more infectious and affect people of all age groups,” reads the Health Ministry’s statement. 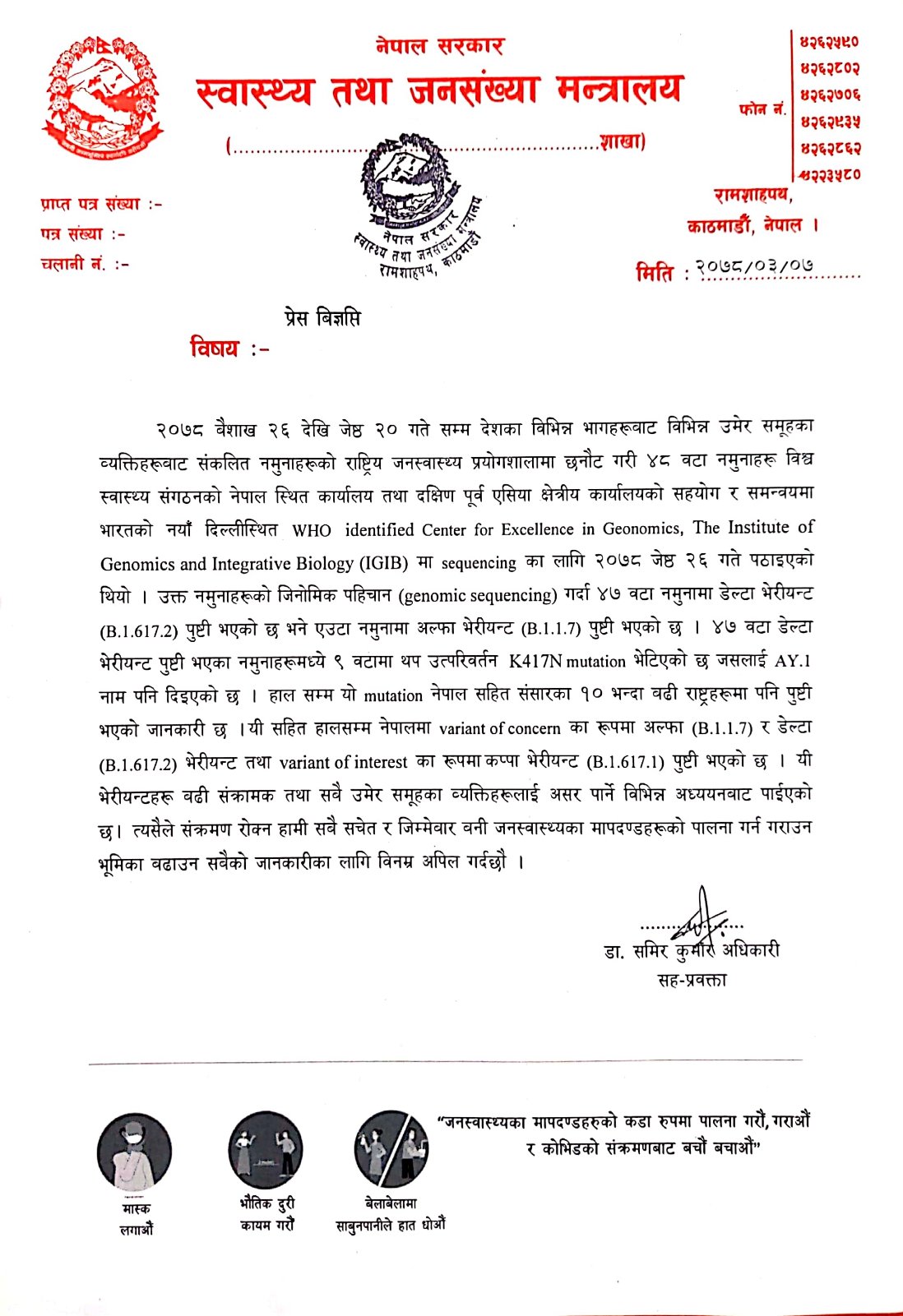 PCR samples collected from age groups of various countries around mid-June were sent to India for gene sequencing.

Earlier, on June 16, Portugal had added Nepal to a list of “red” nations amid worries about new coronavirus variants after a mutated virus was spotted in Nepal and elsewhere.

However, the World Health Organization said it was “not aware of any new variant of SARS-CoV-2 being detected in Nepal”, and the dominant variant in Nepal was the Delta or Indian variant.

A small number of cases of the Delta variant have been identified as having an extra mutation – called K417N.

The change is in the virus’s distinctive spike protein and has been seen before, including in the so-called South African or Beta variant.